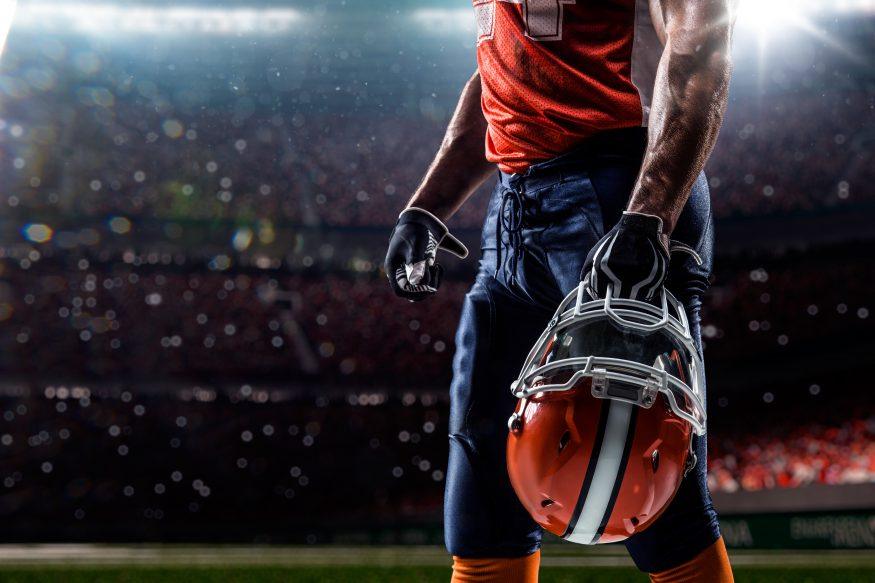 With Patrick Mahomes recently signing his 10-year contract worth an eye-watering $503 million, it got us thinking about who the richest players of all time are.

It’s a pretty well-known fact that NFL players are paid some astronomical salaries, plus the opportunities for sponsorships and promotions only add another large chunk of money to their ever-expanding bank balances.

But who exactly are the richest NFL players of all time? Do any of the current crop make it onto the list? And how many millions exactly does it take to become one of the wealthiest NFL players around?

Find out below, starting with the ‘poorest’…

At the bottom of the list is Russell Wilson, the Seattle Seahawks QB who led the franchise to its first and only Super Bowl win back in 2014. He was drafted by the Seahawks in 2012 and has been there ever since.

Wilson currently heads the list of the highest paid NFL players, earning around $35 million a season from the Seahawks.

He also has endorsement deals with some of the biggest companies on the planet, including Nike, Bose and Mercedes. Wilson also has a number of lucrative business investments.

There aren’t many bigger names in Denver than John Elway. The quarterback spent his entire career at the Broncos, leading them to two Super Bowls, and is now the general manager and executive vice president of football operations.

Elway earns a cool salary of around $3.75 million per year at the Broncos. Much of his money has come from savvy business deals, though. He owns four steakhouses, and also owned five auto dealerships, which he sold in 1997 for $82.5 million.

Let’s also not forget his many endorsement deals too, including for Chevrolet, Sprint and Nestle.

The second Manning on the list, Eli spent his entire career with the New York Giants, before retiring in January 2020. In his time at the Giants, he won the Super Bowl twice, being named Super Bowl MVP on both occasions.

Manning is the highest paid NFL player of all time, earning a total of $252.3 million from salary alone over his career. He has also been sponsored by a number of high-profile companies, including Samsung, Reebok and Kraft.

At one point, he was earning around $8 million per year from just endorsements.

Next up, we come to Drew Brees, the quarterback for the New Orleans Saints.

Brees has been in the NFL since 2001 and has played in Louisiana since 2006. His career highlight so far is winning Super Bowl XLIV and being named Super Bowl MVP.

Brees recently agreed a new contract with the Saints, which will be worth $50 million over two seasons. His wealth also comes from the many different restaurants he owns.

He owns 25% of Walk-On’s Bistreaux & Bar, plus he’s a Jimmy John’s franchise owner.

He has recently signed for the Buccaneers and is now one of the highest paid NFL players.

Brady’s contract with the Buccaneers is worth a guaranteed $50 million over two years. That’s not all though, as he could earn an extra $4.5 million per year through incentives.

The superstar quarterback also earns money through endorsements with big-name brands like Aston Martin, Under Armour and Movado.

Next up we have Steve Young, another quarterback. He played with the 49ers for 13 seasons, winning the Super Bowl three times while there.

He was backup to Joe Montana for the first two Super Bowls, however was MVP in Super Bowl XXIX.

Young earned a lot of cash during his playing career, but most of his riches came after he retired.

He is the co-founder and managing director of Huntsman Gay Global Capital, a private equity firm that now has assets worth approximately $4.3 billion.

There’s no doubting the fact that John Madden is one of the most famous football coaches of all time. He makes this list though as he was also a part of the Philadelphia Eagles practice squad in the 1958 season.

Madden is on this list for one main reason: his association with the hit game franchise from EA Sports.

He also earned considerable sums of money from broadcasting, plus he starred in commercials for a variety of companies, including Verizon Wireless, Miller Lite and Outback Steakhouse.

Pretty much everyone in the US has heard of Peyton Manning. The two-time Super Bowl winner and 14 x Pro Bowl player spent most of his career as quarterback at the Indianapolis Colts, before spending his final few playing years in Denver.

Peyton Manning loves endorsements and has earned money from a huge number of companies, including ESPN, MasterCard and Reebok. He also owns 21 Papa John’s franchises.

It has recently been strongly suggested that Manning will turn to commentary soon, which would see him earning an eight-figure salary. Watch this space…

Next up is someone you probably didn’t expect to be so rich – Roger Staubach.

The former Dallas Cowboys quarterback (you’ll find a lot of QBs in this list) and two-time Super Bowl winner played for 10 years, retiring in 1979.

While Staubach certainly made a good living from the Cowboys, most of his riches have come from other businesses. The Staubach Company was a real estate business he was a partner in, and it sold for $613 million in 2008.

He has also earned money from advertisements and color commentary.

At number one is Jerry Richardson.

The former owner of the Carolina Panthers – a franchise that was sold for $2.3 billion in 2018 amid misconduct allegations – was a player back in the late 1950s, taking to the field for the Baltimore Colts, with whom he won the NFL Championship.

Richardson didn’t get rich from football though. Instead, he earned money via Hardee’s franchises, with his first coming in 1961.

He would end up owning 50% of Hardee’s, as well as having interests in many other businesses. By 1993, he was rich enough to establish the Carolina Panthers, the NFL’s 29th franchise.

How Much Do NFL Players Make?

The average NFL player earns around $2.7 million per year. While some, such as Russell Wilson and Tom Brady, earn tens of millions a year though, many rookies earn ‘just’ $480,000 per year.

It won’t surprise anyone to learn that quarterbacks demand the biggest salaries, with the average yearly wage for a quarterback being just under $5 million.

Left tackles then earn the next highest salaries, taking home an average of over $3.6 million per year.

On the defensive side, defensive ends are the biggest earners, with an average salary of over $2.8 million per year. The long snapper is the lowest paid player, but they still earn an average of just under $890,000 per year.

NFL vs Other Sports Stars

But how do NFL players compare to other sports stars around the world? Well, the top NFL players earn about the same as the highest paid soccer players, such as Cristiano Ronaldo and Lionel Messi.

Most football players don’t quite have as much money as some of the highest paid Olympians though, however many NFL players not on this list still have bigger fortunes than the richest poker players.

Should it interest you, check out our NFL Betting page.