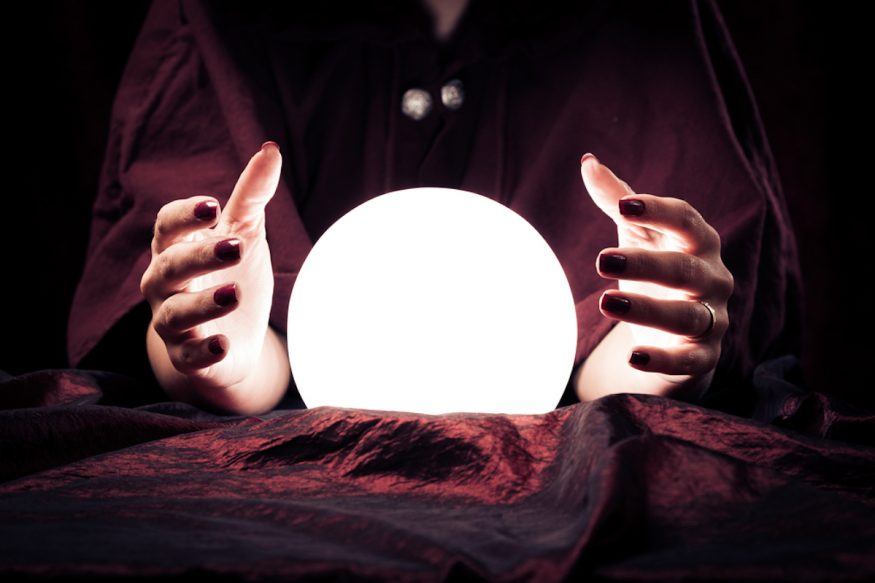 Over 11 seasons and three specials of The Real Hustle television show, there were a few con games that made me uncomfortable because of the emotional manipulation required to make those scams work.

Romance scams and medical scams were strictly off-limits due to the format of the show but in a possible future incarnation of Real Hustle, these cons will be fully and effectively exposed.

Fortune telling scams are also especially dangerous and we often wrote these to be less serious in an effort to avoid the pitfalls of getting someone too emotionally attached to an idea.

With “The Egg Scam” we tried to show how crooked fortune tellers might convince someone to apparently burn their own money, bury it in the garden or seal it in a box under the bed only to later find out the money was switched or stolen.

Unfortunately, despite our best efforts, the scam went wrong – not because it didn’t work but because it worked all too well.

The con worked like this: we set up a hokey little shop in Soho, decorated with all the new-age mumbo-jumbo we could find, along with a small countertop with a hidden shelf underneath.

We purchased a bunch of ornate wooden boxes that were impressive but cheap enough for our BBC budget and we bought this in pairs, so each had a matching, identical mate.

Next, we created our characters and in a rare moment of rank stupidity, Alex and I agreed to decide each other’s’ costume.

Alex had me wrapped in a smoking jacket style housecoat with rings, bangles and to top it off, a fez!

I had him dressed in Indian-inspired attire complete with a tiny pair of finger cymbals that he rang to cleanse the room of spirits.

The goal was not so much to make fun of the fortune tellers’ oeuvre but to keep the mood light due to the theme of our scam.

Our goal was to convince each mark to go to the bank and return with a large sum of money, which we would cleanse, seal in one our wooden boxes then instruct the mark to place it in a safe place for one year.

Naturally, we intended to switch their cash for clipped newspaper and had we been real hustlers, close the shop and disappear before the year was up.

In fact, true fortune telling scammers don’t bother vanishing into the ether, they simply rely on their victims being too ashamed to complain. Or if they do complain, they actually try and scam them again with supernatural explanations and even more claptrap to keep their victims on the hook.

This type of con is usually played as a long game, securing people’s trust over several sessions or even milking a mark for years with all sorts of bullshit.

David Mamet’s play The Shawl perfectly describes the thinking of a crooked medium who sees his work as a service for which he should be paid, giving advice and demonstrating supernatural insight based on astute observation and an understanding of human nature.

In fact, many fortune tellers may offer a positive experience for their clients and I don’t condemn their work or assume them to all be thieves, but the fact remains that when a crook manipulates the beliefs of a potential victim, they can gain enormous power over that person, which they naturally abuse to their own ends.

On The Real Hustle, we never had more than a day or two to film and finish a scam so we needed to jump straight into the money swindle and the best way to do this was with advanced cold reading and a powerful bit of theatre.

Not wishing to read palms, tarot cards or tea leaves, I opted to read eggs.

Three raw eggs were selected from a bowl and each broken into a separate dish as I read their past, present and future from the way the yolk broke or fell onto the plate.

I examined the cracked shell and received secret knowledge from the universe about each of our marks.

Actually, I simply used the art of cold reading to tell each subject seemingly intimate details that are actually based on common experiences but can be tailored to each of us based on reactions, responses and volunteered information.

I’m pretty good at it too, having used it as part of my live demonstrations of magic, cons and scams so the marks were quickly convinced and easily manipulated.

The logic being that I would be extremely positive regarding family, friends and matters of health (without getting specific) then shift gears on the third egg when discussing finances.

To accomplish this, we injected the third egg with red dye to look like blood.

And boy, did it look like blood. Right out of a horror movie.

And did it work? Sadly, yes.

It worked better than any of us had predicted.

When the third egg was broken and bloody yolk and albumen splashed onto the plate, the reaction was shock and awe, and I knew the mark was instantly ready to be played.

If I’d asked them to hand over the keys to their car they would have done it.

In fact, the feeling of power over these people was deeply disturbing; an insight into just how crooked mediums fleece abuse their victims.

Taking Care Of The Mark

The problem was not sending them to get the money or distracting them while Alex switched the box at the counter, it was convincing the mark that the omen they witnessed did not pertain to family or matters of health and that only their finances needed to be addressed.

Even when I tried to back-peddle and claim it was simply a fertilised egg that had slipped into the batch, the power of what they had seen and experienced and the context in which it had happened could not be overcome.

With each mark, we spent extra time once it was all over to explain why we were filming this scam and that our goal was not to upset them or make them overly concerned.

In each case, once the cameras were revealed and the initial shock was over, the relief that none of what they had seen was “real” played an important part in resolving the situation created by our bloody eggs.

Remember, we genuinely cared about our contributors who never knew they were being filmed and always believed the scam was real until one of our producers stepped in to let them off the hook.

Con artists don’t care how damaging their lies might be and the more power they have over their victims, the more they take until the well is dry.

I know several honest fortune tellers and readers who have invested thought and care into how they approach that aspect of their work.

I know many more who are simply trying to entertain with the same props but many of them veer too close to offering irresponsible advice that might later prove damaging.

In the world of magicians, mentalists and mind readers, the ethics of claiming real supernatural powers is often debated and discussed by intelligent performers while more moronic and less scrupulous hacks gleefully leverage the beliefs of their audiences to further their own interests or polish their own turd-like egos.

Imagine that same power in the hands of a criminal with no concern about the damage he or she might cause.

For more scams performed by R. Paul Wilson, check out: