Odds Of Death: What Are You Most Likely To Die From? 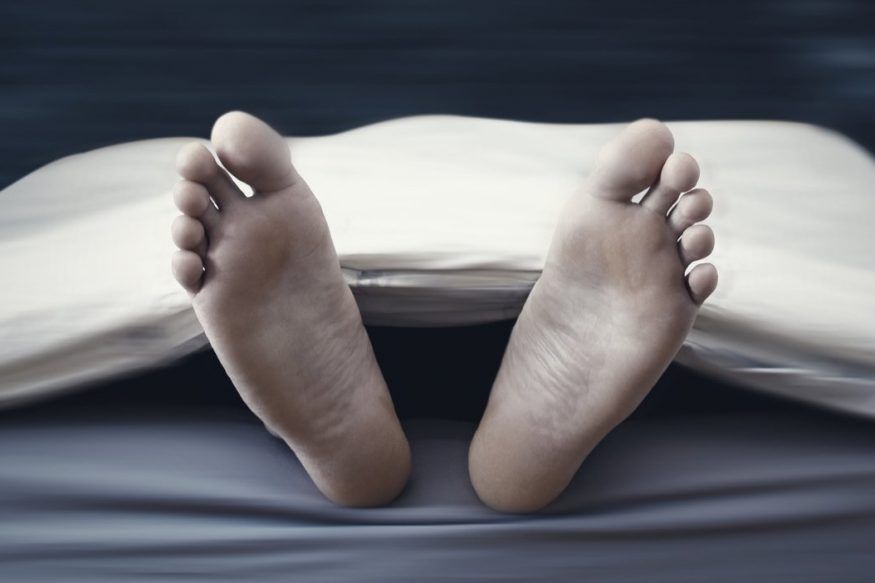 Death is the ultimate taboo. Even though we know it’s inevitable, nobody wants to talk about it. It’ll certainly happen to all of us at some point, we just don’t know how yet. Or maybe we do…

Here’s a look at the likelihood of dying in different ways. Are the odds of you dying from alcoholism higher than you dying in a car crash?

So many things can kill us. The old saying goes that you could walk out of the door and get hit by a bus. The odds of that happening are 495,000/1 in a developed country if you were wondering.

That is besides the point. Anything can kill you. We will touch upon that later. For now, we should focus on the most common causes of death.

Across the globe, cardiovascular diseases such as heart attacks are the number one killer. () An estimated 17.5 million people meet their end that way every year.

That means you have a 3/1 chance of dying from that cause. Stress, diet, lack of exercise, and social habits such as alcohol consumption and smoking all contribute to that.

The second most common cause of death around the world is the big “C”.

It is said that 50% of us around the world will be directly affected by cancer at some point in our lives. Unfortunately, there is a 5/1 chance of you dying from cancer.

Lung, bronchial, colon, and breast cancer are the most common forms of the disease that resulted in death.

Cancer cases continue to increase as years go by and until humanity works out why this is happening then the odds of you dying from the disease will only continue to get shorter.

Other common causes such as chronic lower respiratory disease, strokes, Alzheimer’s disease, diabetes, flu, and pneumonia have low odds ranging between 10/1 and 20/1 of causing death.

They might not be as short as your 3/1 for heart disease or 5/1 for cancer but you can consider them as quite likely outcomes for your eventual demise.

What about those causes of death that you see happen quite regularly to other people but always dismiss that it will happen to you?

Not a week goes by where we don’t read about a road traffic accident that has caused death in the local media. Well, dying due to being the victim of a road accident is 8,000/1.

Industrial accidents are also quite frequent. Nowadays, more accidents happen in the workplace than at any other location. A percentage of these accidents can result in death. Sadly, you can’t use that fact as an excuse for not going into work. Especially if you’re in an admin job.

Industrial accidents are still relatively common at odds of 43,500/1.

To put some imagery to that, 111.3 million viewers watched Super Bowl LI earlier this year. That means approximately 2,558 of those viewers will pass on in a work-related accident.

The Rare, The Bad, and The Ugly

Other methods of death are quite rare but still happen enough to make us wonder if it could happen to us.

If you come home from a night of drinking and you think having a relaxing bath is a good idea, think again.

The odds of you passing out and drowning in the bath are 685,000/1. These odds could be shorter depending on the number of shots you’ve downed.

They are all worth thinking about in your spare time to unsettle yourself. Oh, and the old classic of dying in a plane crash is 11,000,000/1.

Finally, does where you live have an influence on how you die?

If we take a look at the most common forms of death in each country around the world then you might say that yes, your location will affect how you die.

For example, in the US you are most likely to die from heart disease, dementia, and cancer.

Other developed countries such as France, UK, Germany, Canada, Switzerland, and many more echo the list of the US. Perhaps most tragic, is the frequency at which suicide appears in the top 10 causes of death in these developed countries.

If we switch the focus to less developed countries everything changes.

Ethiopia has flu, AIDS, diarrhoeal diseases, and malnutrition amongst its leading causes of death. The same is found for other countries of a similar development such as Kenya, Botswana, Yemen, and Cambodia.

To end on a reflective note, a number of countries have war and violence as a leading cause of death. Iraq, Afghanistan, Rwanda, Syria, South Africa, Ecuador, and Mexico all fall under that.

A lot of needless loss of life. After thinking about it, maybe it’s better if we keep the topic of death as taboo.

We would all certainly prefer to avoid talking about the process of death and focus more on talking about what we do before we get to that point! Here’s to being alive! Now, where did I put my ladder? I’ve had eight pints and the gutter needs fixing.