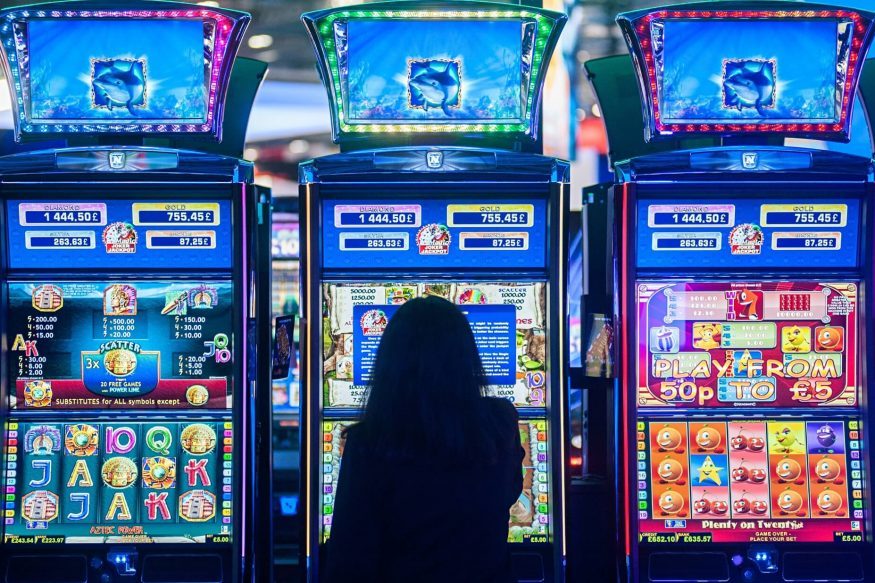 Slot machines are an important part of the gambling industry. They are as much a part of the casino layout as any classic casino table game.

To pay tribute to the humble slot machine, that has given us so many hours of entertainment, here’s a look at the 10 slots that changed the face of gambling forever.

The Sittman and Pitt Gambling Machine

The obvious place to start for a list like this is with the first slot machine that was ever invented. It was introduced back in 1891 by developers Sittman and Pitt.

It was not a slot machine compared to the modern releases we know today but it required players to insert a nickel into the coin slot. Players then had to try and win prizes by building the best poker hand possible from the five spiining drums that displayed a selection of 50 card faces. Essentially, this is where it all started.

It is often believed that The Liberty Bell, developed by Charles Fey between 1887 and 1895, is the first type of slot machine to vaguely resemble the classic slots that hit casinos across the world over the 20th century.

It offered the first automatic payout system and this would change the way gambling operated.

A long period of time passed before the gambling industry experienced its next evolutionary step when it came to slots. However, in 1963, US-based developer Bally launched the first ever totally electromechanical slot machine onto the market.

Previous slots had included elements of electromechanical design but this took things to a whole new level. The bottomless hopper and potential 500 coin win made it more attractive to the mass market at a time when Las Vegas was growing into the beast it is now. It was the perfect slot at the perfect time.

The next technological step for slot machines came in 1976 when a firm called Fortune Coin Co launched the first ever video slot machine.

It would set the precedent for decades of slot machine releases. The slot machines you still see on the casino floors to this day all draw inspiration from this slot machine.

The machine became hugely popular along the Las Vegas Strip and Fortune Coin Co would eventually go on to become owned by renowned software developer IGT.

It was the first video slot to offer a second screen bonus feature. Modern day slots live and die by their bonus features. It’s hard to imagine a world when they didn’t exist.

WMS has continued to innovate the industry with the stunning Zeus slot, the 6-reel behemoth of Raging Rhino, and the introduction of the Colossal Reels on a number of its titles such as Spartacus – Gladiator of Rome.

This remains the most important slot in their portfolio due to the impact it had on the industry by introducing the world to more in-depth bonus features.

If you want to talk about iconic slot games then you need to look no further than the Egyptian-themed 5-reel, 20-payline slot Cleopatra from renowned developer IGT.

It was a simplistic video slot that took the world by storm. The chance to win 15 free spins with a 3x multiplier made it a must-play with novice and experienced players alike. For many slots players, it’s one of the first games they ever played on.

Since its release, Cleopatra has spawned sequels and has also enjoyed equal levels of success on both the online and mobile platforms. It is unlikely we will ever see a day when this slot machine is not available to play at a casino somewhere in the world.

Only a few other slots such as Playtech’s Desert Treasure, Microgaming’s Thunderstruck II, and WMS Gaming’s Zeus come close to the immortality of Cleopatra but the Egyptian Queen still rules the land.

3D technology experienced a period of hype during the 1990s but it was very limited. Everybody that witnessed the 3D movement back then will remember the red and blue cardboard glasses and the basic graphics produced from the technology. That has all changed now.

3D is back and thriving in the 21st century. 3D TVs are now a thing and cinematic blockbusters are big business for production companies. The slots industry has not missed this trick.

Betsoft Gaming led the way with their array of 3D slots. Sushi Bar was one of their finest releases along with Good Girl, Bad Girl, Mamma Mia, and More Gold Diggin’. These slots brought a whole new gloss to the visual side of slots gaming.

On 20th January, 2013, slots gaming history was made when one anonymous player at the Finland-based Paf Casino hit the Mega Fortune mega progressive jackpot for a value of €17,860,868.

It was the largest ever jackpot win on an online slot machine. Only Microgaming’s Mega Moolah has come close to surpassing that figure when Jon Heywood triggered the game’s mega jackpot for £13,212,882 on 6th October, 2015.

Until that record is broken the NetEnt-developed title will remain etched in the slots history books.

The biggest progressive jackpot in the world that is currently active is Playtech’s Jackpot Giant at £6.5 million, so the record doesn’t look like it’ll be toppled any time soon.

The relationship between slot machines and the entertainment industry is a chequered one.

Licensing deals can be dirty work with the goal posts being moved constantly. That said, the one time when a slots developer has really made a success from a licensing deal can be traced to Playtech’s deal with Marvel.

The licensing contract saw Playtech launch a number of Marvel-themed slots such as Iron Man, The Incredible Hulk, Captain America, Thor, and The Avengers. The slots all received very positive reviews and changed the landscape of a lot of Playtech-operated casinos online.

They also proved to be a big hit at land-based casinos. The future of the slots now hangs in the balance with Marvel planning to adopt a more family-friendly approach to their business but for the time they graced casinos around the globe, they were brilliant.

Jack and the Beanstalk VR

Virtual reality is said to be the next great frontier of technology. That is certainly something the gambling industry is keen to grasp hold of.

VR casinos such as Casino VR and SlotsMillions are already attracting players. Scandinavian slots developer NetEnt has also confirmed they will release VR versions of their popular slots with Jack and the Beanstalk being touted as one potential title.

It is a new era for slots gaming and the future is very exciting and it’s virtually here already.