Where did the BAR on slot machines come from? 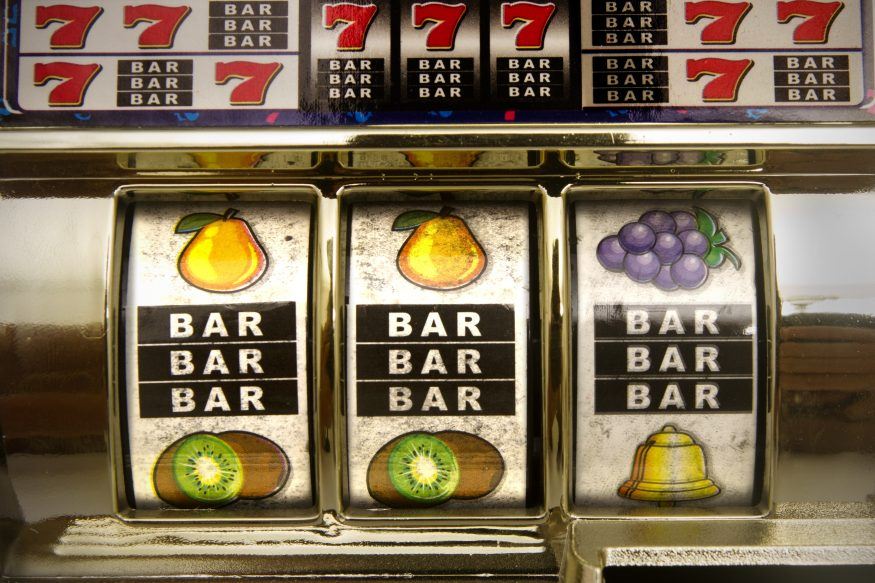 If you play a classic 3-reel slot machine, chances are that you’ll see the usual symbols on the reels. Bells, 7s, lemons, and cherries are all pretty standard, as is the BAR symbol. But why?

There’s nothing inherently part of the BAR symbol that would make you think it’s a key element of slot machine gambling. Then again, why are there so many fruit symbols on there? You can find plenty of information about it online, but it’s important to dig deep and not just trust the first source you find.

Traditional casino games like Blackjack have been around since the 1600s with minimal documentation at the time, so it’s understandable that we might not know how elements of the game evolved.

But slots were only introduced in the late 1880s, so you would think that there would be clear historical records on these matters. However, there’s as much fiction mixed in with fact on the matter, perhaps because of prohibition.

If you check out our own blog post about how fruit machines got the fruit symbols, you’ll read that gumball machines were made with slot interfaces. So you’d gamble knowing no matter what you’ll get a piece of gum, but depending on if you got cherries or lemons, you’d end up with a different flavor piece of gum.

This was also because laws in the US banned gambling, so this was a way around the rules, as establishments would pay out gum, which of course could be traded back in or used as a kind of currency.

According to this story, the BAR was an image of a pack of gum, eventually becoming more stylized over the years. However, there are images available that show it was the logo of the Bell-Fruit Gum Company. The logo definitely looks like a BAR symbol, so it makes sense why the bar would evolve from the company making the gum dispensed by these slot machines.

But historians can get a bit skeptical. There weren’t any gum companies in the early years of slots that were making single fruit flavored gums.

In fact, the slot designs might have been made to promote a new product from the gum producers before such a product was created, if it even was ever released. It’s hard to even find proof of the existence of the Bell-Fruit Gum Company on its own, apart from the Mills early slot machines.

That said, the original story is still viable as slot machines were not automated in those times. Instead, when the bell rang indicating that you were a winner, the bar or speakeasy you were playing in would pay out accordingly. If gambling for money was illegal at the time, it makes sense that you’d be paid in flavored gum, cigarettes or drinks.

Is the BAR symbol still popular?

Over the years since the original 3-reel slots were introduced, slot machines have evolved. Additional paylines were added, reels and payouts were upgraded, and eventually we reached the level we’re at today, where most slot games are digital. Video slots are the most popular and bring in tons of revenue for casinos, both online and physical.

While there are always fans of the classic, retro 3-reel slot machines, most gamblers opt for more immersive experiences. With modern slot machines offering videos, animations, bonuses and more, gameplay can become even more thrilling. Even though they’re often referred to as fruit machines, the reality is that they have gone way beyond that.

That said, the BAR symbol still appears on many games. Whether it’s an upgraded version of a classic slot that’s looking for a retro appeal, or simply a way for a developer to pad out the reels and distinguish the standard symbols from the high-paying ones, BAR on the reels continues into the 21st century.