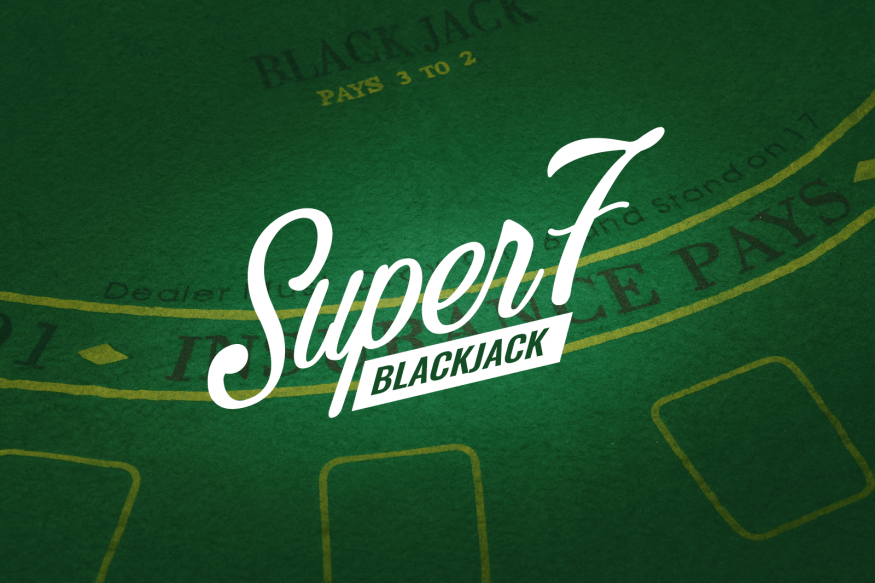 Back in the early 90s, when I was convinced I was going to be the next Ed Thorpe or Kenny Uston, gambling was beginning its great expansion – and so was the side bet.

Casinos had realized they didn’t have to offer only the traditional blackjack bet but could offer side bets right along with it, often at house edges just this side of armed robbery.

And, just like that, Super 7s and the Royal Match bets were born.

How The Super 7 Side Bet Worked

Due in part to the many different jurisdictions and the newness of trademarking casino games, you might’ve seen it called Lucky 7s or Crazy Sevens instead of Super 7s, but the rules were almost always the same.

Super7s was almost always dealt out of a six-deck shoe.

And then if they were all suited, you’d have seen a very nice payoff, depending on the payout table in use.

Simple, straight forward and almost always offered at only a dollar bet.

The players loved it.

And the casinos, seeing that 11.4 percent house edge, thought they loved it too – at first.

Taking Advantage Of The Side Bet

What was immediately obvious to every aspiring counter like me was that a simple side count of sevens was likely to give at least some situations where we had the advantage on the bet.

If we count all cards other than a seven as +1 and every valuable seven that comes out as -12, it makes for a nice easy balanced count.

We then realize that any true count of +4 should be enough to give us a slight edge, and we should make the Super 7 side bet.

What wasn’t as obvious, at least to folks who weren’t modeling the game on computers, was the size of the vulnerability that the game offered as the count went up.

Over billions of hands, it was apparent that more than 1 in 4 hands would be EV positive, meaning that your expected value was more than your bet.

But as the count went up even higher, as it could sometimes as more of the sevens sat in the back of the shoe, the player’s edge could skyrocket.

In fact, those same computer models would show an expected win of about 8.5 units per 100 hands played over millions of shoes replicated. Compare this to blackjack card counters who would often be content with 1 unit per 100 hands.

It’s probably a good thing for the casinos that Super7s was never offered at more than a $1 bet.

While I would like to say it was those plucky little card counters that forced it into extinction, it was honestly just that the .11 cents the casino was pocketing on each bet paled in comparison to slowing the game down and to the profitability of other less dangerous side bets that the casino could offer in much larger bet denominations.

How To Beat The Super7s Side Bet Today

Recently, as is often the case, there’s been a bit of a revival for the Super 7s bet.  What’s old is new again. But, as always, the devil is in the details.

With the advent of online blackjack, Super 7s pops up from time to time, but it is seldom of any interest as the “cards” are shuffled after every hand.

Some online casinos are offering the game as part of their live dealing offers online but a close inspection of the rules shows a new wrinkle.

No third card is dealt if the dealer has blackjack. It doesn’t sound like a huge difference, but a quick run of the computer shows almost a 50 percent house edge!

If you can find the game either online or in a land-based casino, make sure that there is a third card guarantee in case of a dealer blackjack.

If online, either live dealer or in some rare cases in a software program, make sure that the cards are not reshuffled after every hand, and that at least five out of the six decks are dealt out.

Use our simple count outlined above and only bet when the true count is higher than +4.

That’s all you need to know to beat the Super 7s side bet.