R. Paul Wilson On: Faking A Heart Attack To Cheat In Poker 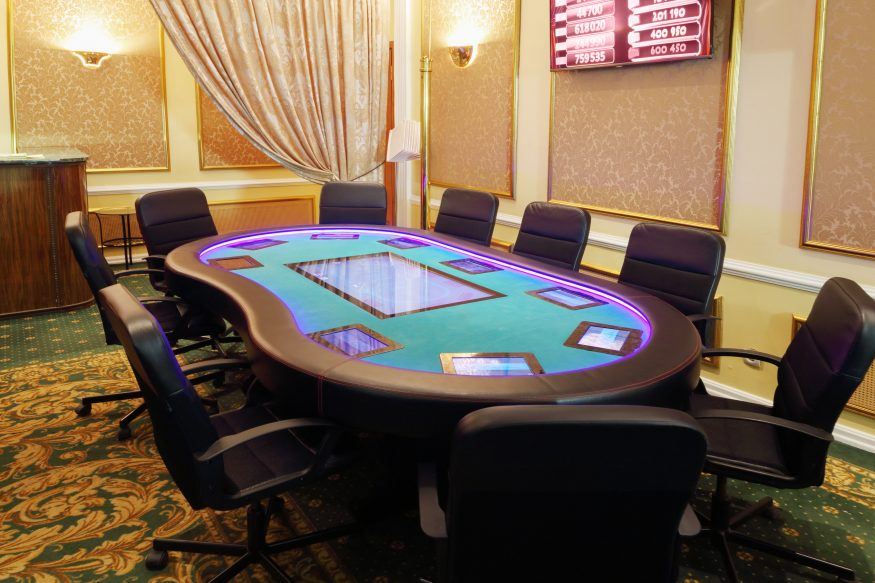 Editor’s Note: Find out how R. Paul Wilson faked a heart attack and conned a group of experienced poker players out of thousands during a private game in Las Vegas.

In a Las Vegas suite about 10 or more years ago, the Real Hustle team targeted a group of poker players who were on high alert for any kind of skullduggery since this was a new environment and a game organised by someone they didn’t know.

These guys were not coming to get comfortable and play some cards. They were serious about finding decent action but keenly aware that unfamiliar situations is where cheating might be possible.

Watch the scam in action here, then find out how he pulled it off below.

So how could we beat a group of seasoned, cynical players with much better playing chops than us?

Switch decks in the middle of a game?

Deal off the bottom?

Throw in a marked deck?

I have no doubt all of the above might work on these guys but even if they missed the move or couldn’t see the marks, suspicion would quickly arise, and the game would fall apart.

We were aiming to steal all of their money and that’s exactly what we did.

To accomplish this, we created a private, self-dealt game looking for players who were willing to buy-in for a large amount of money.

We offered all the incentives we could: the location was a private suite in a prestigious resort with free drinks and snacks on tap, and a beautiful waitress would be taking care of their needs during the game.

The event was apparently organised by Alex, who claimed to be a businessman from the UK, while I was an associate who had also been invited to play.

Neither of us were at the level of these players so they quickly smelled fresh meat and were keen to pick us to the bone.

Nevertheless, they remained wary and watchful as the game got underway.

Alex and I are decent players but we are not professionals, nor are we amateurs who play every other day.

These guys were the type who could give a professional a bad day at the table and they each fitted a certain profile that’s common to their hometown of New York: they knew it all.

These guys knew every scam in the book, they had seen it or heard it or suspected it their whole playing career and they were keen as mustard to let us know this as the game got underway.

My guess is, they were warning us not to screw around because they were too sharp and way too smart to get taken by sleight of hand or collusion.

In other words: they were watching us.

Ask two of them how to navigate from one part of that city to another and watch the sparks fly as they argue over whose way is the best. Ask five New Yorkers where the best sandwich can be found and two of them might fight to the death about it.

And they all think they are too smart to get conned.

After 10 minutes of this “we’re too smart” bullshit, I wanted to cold deck the dummies out of principle, but we were ready with a very different kind of scam.

The game was actually irrelevant, and it didn’t matter how much Alex or I lost since we would simply re-buy from Jessica Jane. She acted as a walking distraction but was also pivotal to the success of the scam.

In fact, we wanted to see as much action as possible at the table since whenever someone beat the other players, they also bought back into the game with cold hard cash.

The re-buy procedure was simple: players handed Jess money and she placed it in a large cash box that was in full view of all the players.

She then distributed chips.

After an hour or so, the cash box had a substantial amount of their money. But all attention was on the game while players were still not relaxed enough to sit back and play.

That’s when I felt the pain in my chest.

It spread from my shoulder to my elbow and I was suddenly short of breath. It wasn’t an “electric shock” so much as a squeezing uncertainty.

Alex noticed and checked I was okay. I wasn’t.

The other players feigned concern but continued playing while Alex made sure I was alright.

I was getting shorter of breath, so he decided I needed to see someone.

Meanwhile, Jess continued to serve drinks and look after the players – still playing – while waiting for me to get worse, which I did, right on schedule.

Suddenly, it was more serious and the players finally interrupted their game to advise Alex to seek medical help.

With everyone now focused on me, Jess quietly exchanged the cash box for a duplicate, loaded with worthless poker chips.

Alex helped me up and guided to me the door as our room full of marks offered advice and faux sympathy. The moment we were out the door, all of them went back to their game as if nothing had happened!

Jess offered everyone another round of drinks, grabbed the ice bucket (with the real cash box hidden inside) and went to find the ice machine, never to return.

A few minutes later and we had all of the money and a clear, easy getaway.

In actual fact, we simply went to the production base and watched the hidden camera feed for the moment when our room full of “un-cheatable” New Yorkers realised something was amiss.

Surely it would be soon, right?

Maybe when they got thirsty and realised Jess wasn’t coming back?

In fact, we were beginning to worry about running out of tape if these “too smart to be conned” suckers didn’t wake up and smell the reality.

Finally, someone got busted out and had to re-buy and since Jess had apparently gone to Alaska for the ice, he helped himself to the cash box that was still on the counter.

That’s when all hell broke loose.

When they found the cash box relieved of their cash, the penny dropped and they all knew what had happened: for the price of a suite and a rented poker table, we had ripped them off for tens of thousands of dollars.

“That’s how they do it, man!” one mark told the other, still determined to know it all in the face of being scammed.

The ensuing anger and confusion made for a difficult moment when our producer Myles had to go into the suite to calm them down and tell them the truth.

When he did, everyone was delighted to know they were getting all their money back and I seem to remember one of them actually wanted to continue the game since he had won a considerable amount!

Alex and I were amazed at how little this group seemed to learn in terms of humility.

They had all been scammed like so many of our marks before but unlike other people, they seemed to learn nothing from the experience and went to great lengths to tell us how they saw the signs and “sort of knew” all along.

During the post-scam interviews, most of the marks maintained this “too cool for school” attitude but one of the players, perhaps the most “New York” of New Yorkers finally conceded that he should have known better, but he didn’t, and he got “got”.

Even after walking out the door with all of their money – and it taking them over an hour to notice something was awry – it was like squeezing blood from a stone to get them to admit they were conned, fair and square.

This scam is a perfect example of changing the moment and using expectation (the game) to misdirect from what’s really going on, which was an old-school distraction steal.

Most of the time we sympathised with our marks since Alex and I had quickly learned that anyone could fall for a scam.

But thanks to this groups’ personalities and seeming lack of concern for my well-being (they went right back to their game without missing a beat!) I was pretty happy they got burned.

After it was all over, I offered a proposition bet to the players – something seemingly impossible that they’re were sure to win.

They refused, so I guess they learned something after all.