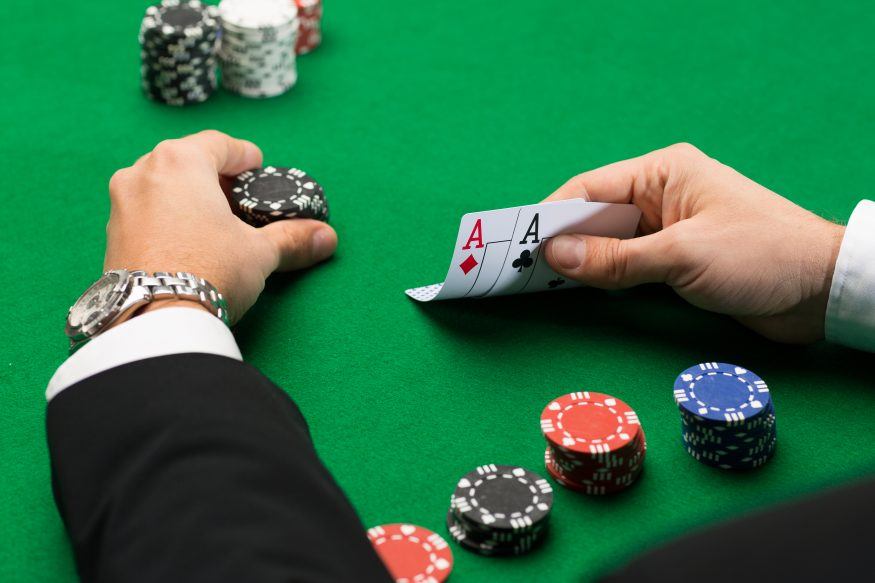 In the early days, card rooms had been vulnerable to all sorts of cheating.

Player-dealt games offered countless avenues to beat innocent players and card cheats would try to lock up tables and bribe managers to steer well-heeled tourists into a hot-seat to get cleaned out.

Over time, these card rooms became harder to swindle as regulations tightened and management hired experts (some of whom were former cheaters themselves) to protect the games. Many crooked players resorted to false deals, holding out and the occasional cooler.

I’ve seen footage on blurry videotapes of cheaters secretly cutting, palming cards and exchanging decks with methods that range from the incredibly skillful to the incredibly stupid.

A friend is one of the most knowledgeable experts in the field of card room cheating and often presents examples of the moves being used with a wicked, dry sense of humour.

“Watch close, you might miss this,” he’d say, before rolling tape of two guys openly trading cards under the noses of several oblivious players.

I once saw video of a cheater holding a palmed card in a hand that seemed glued to the table while he turned to eat a sandwich with his free hand and only became unstuck when he wanted to switch that card for one he’d been dealt.

The lesson seemed to be that bigger balls was more important than practice or talent.

But as technology has evolved cheating methods have entered the 21st century, offering crooked players many remarkable solutions to beating any game.

One such method is a remarkable combination of digital technology, chemistry and concealed cameras that allows anyone to instantly know the outcome of a hand before any cards are dealt after a legitimate shuffle.

The first example I saw was built into a chip tray that could be dropped into any poker table.

The front edge of the tray has a hidden Infrared camera that will scan the edge of the cards after they are shuffled and squared and placed in front of the tray before dealing.

The cards are marked on their edge with invisible ink that can only be seen deep into the IR spectrum. Only the camera can see; the marks form a kind of randomised QR code on the long edge of the deck.

This pattern is converted to code and used to calculate who will win depending on the number of players, and the game being dealt.

This information is processed by a hidden computer then relayed to a player’s earpiece.

Put simply: anyone using this system knew exactly what the outcome would be before a single card was dealt!

The people I knew who were using this device also calculated how to adjust the outcome to ensure one of their players received the winning hand and signaled that to the dealer, who was an expert card mechanic.

The dealer would then add a couple of second deals to move cards to his partners who would then try to outplay the suckers.

Even without a cheater dealing the cards, the advantage is unbeatable.

So long as the cards are shuffled and squared neatly, the camera could read the order and send the information. But with the addition of a card cheat to a crew, more money could be taken in less time.

Additionally, if the system failed (it often did) at least the crew could fall back on the mechanic to screw over the other players.

When I first learned of this scam it was too hush-hush to share with The Real Hustle and while I’m keen to expose potential threats to innocent players, I sometimes have to promise secrecy to learn what’s out there.

Nowadays, modern versions of this device can be found on eBay, often sold be Chinese dealers. What you receive is not always what’s advertised, though, and rarely works as well as prospective cheaters hope.

In fact, many get caught because they don’t know how to manage the technology or use the information it reveals.

Consider Mike Postle, who last year was accused of having similar information thanks to his remarkable “lucky streak” and unfortunate habit of staring into his lap before making incredibly accurate decisions.

Modern variations conceal the camera in cell phones, watches and other commonplace objects but how these are placed can be an easy tell for suspicious players.

The ink used to mark the deck is also important.

While the ink itself could only be seen by an expensive IR camera, when in contact with human sweat, it created oil-like smudges on the edge of each card, betraying the secret!

Luckily, my friend had noticed this while dealing and performed a deck switch to get those cards off the table.

As technology improves, this kind of marking system combined with a computer and hidden communication between players becomes easier to conceal and more practical to use.

Imagine the camera, the computer and the communication method all being built into a pair of ordinary-looking spectacles, using bone-transmission technology rather than an earpiece.

Imagine the camera and processor bing so fast it can read everything it needs to know who wins what without slowing down the shuffle or the deal. And imagine if the dealer doesn’t need to adjust their actions to accommodate the system.

Now, anyone with a professionally marked deck and a pair of magic glasses can beat the crap out of any game on earth if they can get those cards on the table.

I’m not saying this version exists but if it does, game security needs to be much stronger than it is today to properly protect players and casinos from ideas that are no longer the stuff of movies or science fiction.