Are The LA Clippers Really Cursed? 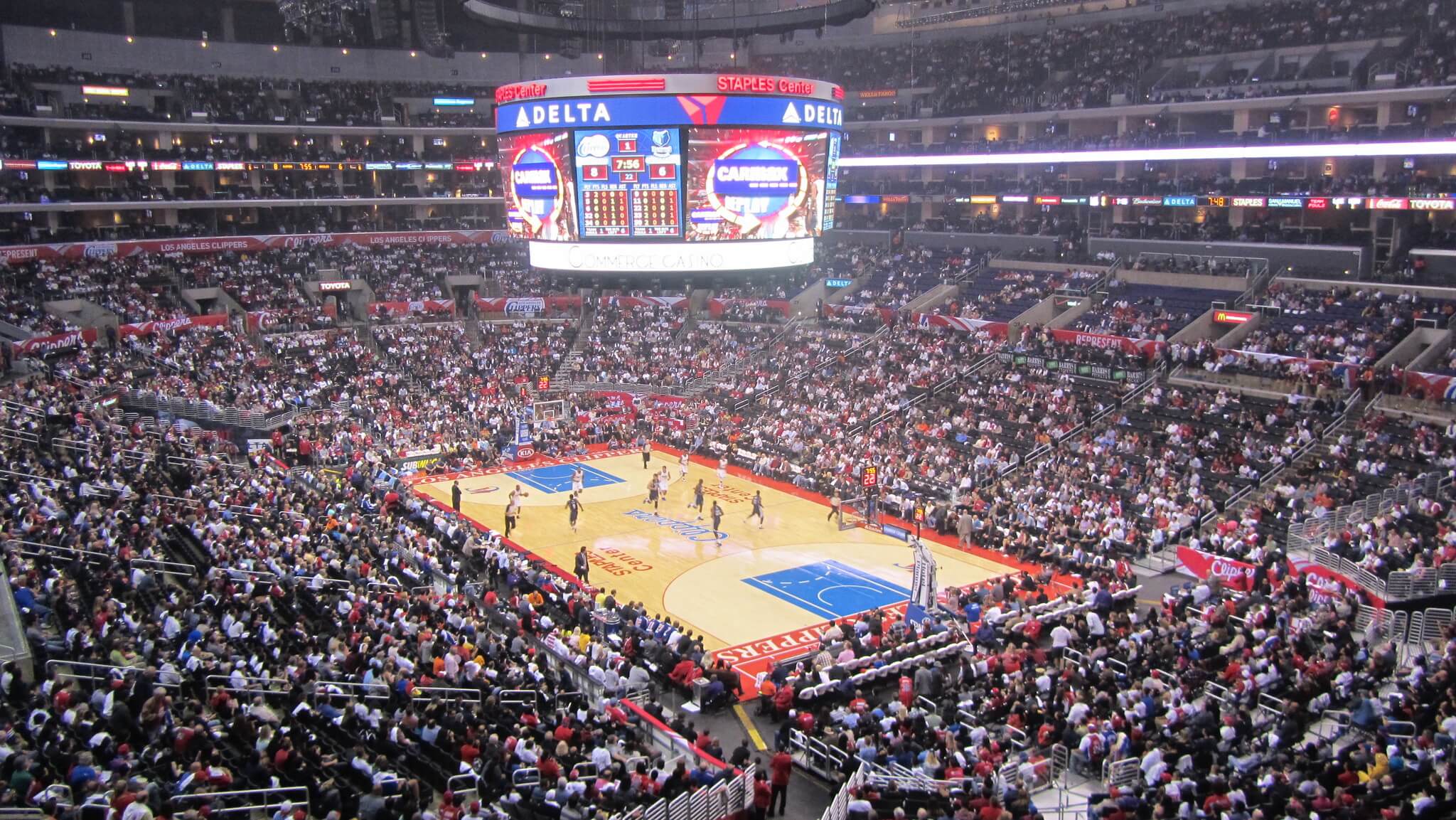 If you asked 100 people to name an LA sports team, not many of them would say the LA Clippers.

This is because, throughout their history, they have been overshadowed by their city rivals, the Lakers, who have had unparalleled success in the NBA and are a well-known global brand.

Even in other sports, LA’s Dodgers, Kings, Galaxy, Sparks, and Rams have all won championships.

But, for the Clippers, success and trophies have remained elusive, and they have never won an NBA conference title or championship in their 50+ year history.

But why is this? Well, many fans believe the Clippers franchise is cursed, and they will never win the NBA championship.

The NBA 2022-2023 season is well underway and many Clippers fans will be wondering if this year could finally be their year.

Will success ever come to LA’s ‘other’ NBA team? Or is there something more sinister at play? Keep reading to find out.

What Is The Clippers Curse?

The Clippers curse is the name used by fans to explain some of the bad luck, poor management, and lack of success that has followed the NBA team throughout its history.

Founded as the Buffalo Braves in 1970, the franchise moved to San Diego eight years later and was renamed the Clippers.

Even in their early years, the Clippers struggled, winning just one playoff game in over 20 seasons. A combination of on and off-the-court issues has always seemed to plague the team.

Many fans thought the 2021 playoffs were the time for a talented Clippers team to shine and finally banish the curse, especially when they recovered from 2-0 deficits in the first two rounds.

But, despite reaching the Western Conference finals, the team came up short once again.

3 Reasons Why The Clippers Curse Is Real

1. They Had The ‘Worst Owner In Sports’

Donald Sterling, the man dubbed the worst owner in sports by Forbes magazine and the New York Times, owned the Clippers from 1981 to 2014.

As the title suggests, his ownership really wasn’t great for the Clippers.

Despite initially promising fans he would “spend unlimited sums” to “make you proud of the Clippers,” he flattered to deceive, and it took 10 seasons for the team to even reach the playoffs, where they lost in the first round.

Although the Clippers did reach the playoffs for three seasons in a row under Sterling’s ownership between 2012 and 2014, it has to be said that overall, his tenure was a disaster.

If the first 32 years of Donald Sterling owning the Clippers were bad, his final year hit new lows.

In April 2014, during the NBA playoffs, TMZ Sports reported that they discovered an audio recording of Sterling telling his girlfriend, V. Stiviano, not to bring black people to games.

The response from the sports world was loud and clear.

Several owners, players, coaches, and staff around the NBA called for Sterling to be removed from his position as owner of the Clippers, and the league duly obliged.

Four days after the story leaked, NBA Commissioner Adam Silver banned Sterling from the league for life and issued a fine of $2.5 million, the maximum fine allowed by the league.

In true Donald Sterling fashion, he tried to fight the NBA and remain an owner of the Clippers, saying he was “baited” to make the remarks by his girlfriend.

But, ultimately, just a few weeks after the recordings were leaked, the Clippers were sold to Steve Ballmer, a former Microsoft CEO, for $2 billion.

Due to a diagnosis of Alzheimer’s disease, Sterling was deemed mentally unfit to make decisions related to the Sterling Family Trust.

This meant his wife, Shelly, was able to sell the Los Angeles Clippers against his wishes.

An unsavory end to one of the worst ownership histories in US sports. If Donald Sterling wasn’t the manifestation of a curse, we don’t know what is.

2. Sterling’s Gone, But The Curse Remains

This is a pretty outstanding record, and by far the best in history for a franchise once called the worst in all professional sports by ESPN The Magazine.

Under new ownership particularly, the Clippers have aimed high.

The duo of Chris Paul and Blake Griffin that led the team throughout the 2010s were two of the most talented players in the league, but in true Clipper fashion, they couldn’t quite get along.

A rift developed between the two all-stars, and this lack of cohesion eventually told on the court, with the team never making it further than the first round of the playoffs. According to coach Doc Rivers, the team lacked a leader.

Fast forward to 2020, Paul and Griffin have both been moved on and replaced with superstars Paul George and Kawhi Leonard.

The team finished second in the Western Conference after a stellar season, and the Clippers were rightfully considered strong contenders for the NBA title.

The team was on course to meet their rivals, the LA Lakers, in the Western Conference Finals, and everything about the franchise looked determined to get one over on their neighbors and reach the NBA Finals for the first time in history.

NBA legend Reggie Miller even said: “Their whole marketing scheme was to deface the Los Angeles Lakers and their history. That’s all they wanted.”

But the Denver Nuggets didn’t get the memo.

They ultimately won the semi-final series, 4-3, with the Clippers throwing away a 3-1 series lead to crash out in devastating fashion.

Their chances of beating the Lakers and winning a championship slipped away in front of their eyes. But there’s always next year, right?

Yes, but the Clipper curse remained…

The 2020-21 regular season wasn’t quite as good as the year before. But the team still comfortably made the playoffs and gave the fans hope it could finally be their year.

This hope dramatically increased after the Clippers dispatched the Mavericks and Jazz in the first two rounds of the playoffs to reach the first Conference Final in franchise history.

In game two of the Conference finals series against the Phoenix Suns, the Clippers were already one down and were up against it in the fourth quarter as the Suns stretched out to a 100-95 lead.

The Clippers bounced back in gritty fashion and held a one-point lead with the ball out of bounds and 0.9 seconds left on the game clock.

They were just one good defensive play away from tying the series 1-1 and playing the next two at home. What could go wrong?

Well, for the Clippers, everything went wrong.

The Suns’ Jae Crowder had the ball for the out-of-bounds play on the baseline and threw a pass up toward the basket as the milliseconds began to tick away.

Deandre Ayton was on the same page as his teammate and unbelievably soared above the Clippers’ defenders to slam dunk what would be the winning basket.

The Clippers couldn’t even get a shot off in reply and went 2-0 down in the series. They never truly recovered and ended up losing the series 4-2.

3. The Team Was Founded In Buffalo

Clippers fans aren’t the only ones who think their team is cursed.

Across the country in Buffalo, Bills fans have long felt their team would never win the Super Bowl.

Between 1991 and 1994, the Bills reached the big game four times in a row but never came away with a victory.

Super Bowl XXV in 1991 was undoubtedly the most heartbreaking loss of the four, with the Bills’ kicker Scott Norwood narrowly missing a field goal attempt at the end of the game that would have secured victory.

The Bills are known as one of the most cursed franchises in the NFL, and the Clippers have a history with Buffalo.

As previously explained, the franchise was founded in the second biggest city in New York, and maybe the two are eternally linked and doomed to fail?

Clippers fans must wish they were founded in New England…

Is There Hope For The Future?

Unfortunately, this article doesn’t make great reading if you are a Clippers fan but don’t shoot the messenger.

But that doesn’t mean all hope is lost. Several sports teams with their own “curses” have broken them, even in recent years.

The Philadelphia Eagles were allegedly cursed in 1960 when they prevented Vince Lombard from winning the NFL Championship, handing him the only playoff loss of his career. The Eagles’ curse was as real as the Clippers until Super Bowl LII – when the Birds finally won.

Over in England, soccer team Birmingham City allegedly had a 100-year hex placed on them by Romani people who were displaced when the club moved to St Andrew’s stadium in 1906.

Just four years after the curse was lifted, the team defeated Arsenal in the final of the League Cup to win just the second major trophy in their 140-year history.

So, there is still hope for the LA Clippers. The curse may be real, but other sports teams from around the world have shown they can be broken.

But don’t get too excited, Clippers fans… it’s the hope that kills you.