R. Paul Wilson On: Why Phil Ivey Shouldn’t Have Been Punished For Cheating 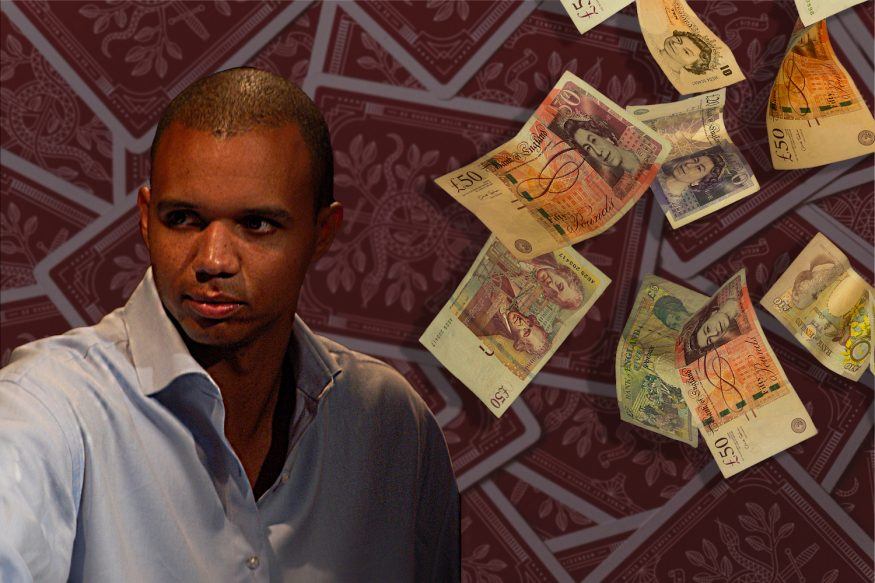 It’s hard to believe that several casinos in the last few years have lost millions of dollars to a technique that’s known to most card magicians; a method that’s taught to beginners and would have been quickly recognised had anyone charged with protecting these games known a few card tricks.

What follows is strictly my own opinion but I’ve sat down with many of the principle players in the Phil Ivey affair (including Mr. Ivey) and been privy to discussions before and after the court case in London, which failed to recognise who should be responsible for protecting the Baccarat game at Crockfords casino.

In other words: “Change how your game is played and I’ll make large bets from a large bankroll.”

The casino agreed to this then got their ass handed to them thanks to the aforementioned card trick.

To make matters worse, the casino reneged on their promise to wire over seven million pounds in winnings to Mr. Ivey, cried foul and accused him of cheating.

In other words, they welched (in my opinion).

The Rules Of Engagement

Here’s the problem, as I see it:

A casino is required to establish rules and procedures to protect itself and its players.

Any action by a player to break those rules or procedures might be considered cheating if it affects the outcome of the game, but only if the player intended to do so and/or attempted to conceal their actions.

There are slight exceptions to this like “excuse me” scams where a player “accidentally” does something that can be quickly denied should the dealer realise what happened but in essence, player cheating can be defined as covert actions that change or influence the outcome of a game of chance.

This is not what happened in the Phil Ivey case.

Mr. Ivey and his playing partner, Cheung Yin Sun, identified a flaw in Crockfords’ game then negotiated with the club to change how that game was dealt in order to gain an advantage.

And the casino agreed to this request.

As far as I’m concerned, that should have been game over since it’s not Mr. Ivey’s responsibility to protect any table game he chooses to play.

Since it’s his money he plans to invest on any kind of strategy, he should naturally want the very best possible return for that investment.

Think of it like this: imagine you have a million pounds and you call a casino and say, “Hey, I’d be happy to risk this money at your club so long as the dealer shuffles how I tell them and deals cards according to my instructions.”

Now imagine the casino says yes, takes your money then refuses to pay your winnings and accuses you of cheating!

The flaw Ivey intended to use is something inherent to almost all playing card back designs: that when rotated, it is possible to distinguish which cards were turned thanks to inconsistencies in the back design.

This principle is taught in beginners card magic books like The Royal Road to Card Magic and has been used by card cheaters to sort cards during play. The cards are then secretly manipulated accordingly.

For example, a simple way to mark a deck is to buy two identical decks then exchange the high cards in each deck. In most cases you will notice slight differences in how the cards are cut, how the borders are aligned or even in the finish or quality of card stock if you know what to look for.

Phil Ivey did not trade cards between decks or manipulate the outcome.

Instead, he asked the casino to shuffle their own cards without rotating them and flip the cards according to his instructions.

Ivey and his playing partner told the dealer how to turn each card dealt according to value. One method of turning rotated cards end-for-end while the other method kept the same orientation.

This meant that Ivey could identify a range of values before the cards were revealed and make bets accordingly.

Ivey also dictated how the cards should be discarded to protect how they’d been turned, and the agreed shuffling procedure merely mixed the order of the cards but did not rotate them.

This meant that after one shoe, Phil Ivey and his partner had invaluable information about the cards being dealt.

Remember, he did none of this secretly; Mr. Ivey asked the casino in advance to do it for him in return for risking a large amount of money on the game.

The reason he gave for this request was “superstition” and the casino seemed to accept that on face value.

The casino might argue that he lied about why he wanted to make these changes but that’s not against the rules and anyone suggesting that this is not in the spirit of the game doesn’t understand how gambling works.

If a casino employs clumsy dealers who flash their hole cards or play with old cards where aces can be identified thanks to wear and tear, an observant player is entitled to use that information.

“The spirit of the game” argument is a one-way street; the casino is equally entitled to offer terrible odds, change procedures, ply players with drinks or refuse service any time they choose.

It’s their house and their game, so players can take it or leave it or negotiate for better conditions.

Imagine you found out that all the aces in all the decks used by a casino could be identified thanks to a glitch at the factory.

Should you call and warn them, or offer to play five hundred dollars a hand so long as you can sit in third spot wearing your lucky reading glasses!

If the casino can’t work out what’s going on after five minutes of play, it’s their fault entirely for not being able to recognise their own problem.

What’s really irritating about this is how ignorant the law seems to be about who is responsible for deciding how the game would be played.

You, me and Phil Ivey can ask for anything we want to secure a better chance of winning.

If Ivey had asked for the cards to be dealt face up before placing his bets and the casino did so, would it really be his fault that the game was compromised?

Surely it’s the casino’s responsibility to decide how any game is dealt and whether or not it chooses to ignore its own procedures?

Surely a player is free to take any advantage being offered, knowingly or otherwise?

Phil Ivey is one of the smartest gamblers on Earth and if he asks for a game to be changed, perhaps the casino might take a closer look at what he’s asking for and why.

Being superstitious is a perfectly good rationale and while it was a lie, try to remember that Mr. Ivey is a master of deception at the poker table and in his world, pretence can be a powerful, legitimate strategy.

But this casino (and others) didn’t merely fail to question the reason for Ivey’s request, they completely failed to recognise what that request did to the cards being played.

Playing the turn is a well-known artifice but worse still; as a simple magic trick, the method being used to rotate cards should be obvious to any eight year old magician with a YouTube account.

Yet these casinos allowed the world’s best poker player to keep hammering them without recognising the all-too simple secret of his success.

Just a little training on the art of deception, divorced from game procedure or in-house regulations might have better prepared staff to address these issues.

Some years ago, when representing a major playing card manufacturer at a Las Vegas gaming conference, a casino manager approached me with a deck of cards he’d taken from a game that was losing too much money.

The deck in question bore the casino’s logo but the balance of the back design was supposed to defend against sleight of hand techniques like second or bottom dealing (it didn’t) so it seemed unlikely the cards were to blame.

I quickly looked through the deck then with the cards face down, spread them on the table before extracting about 20 cards from the spread – all high cards!

He was blown away but so was I. How could neither he nor his staff not have spotted this themselves?

These cards were so poorly printed that the white borders were thicker at one end than the other so thick white lines and thin white lines could easily be identified as turned cards.

Someone had clearly sorted the deck but what amazed me was that this was not a subtle difference in thickness between white borders.

Yet, because these cards were sold as “cheater proof”, the casino had failed to properly consider the back design.

The cards being played at Crockfords were nowhere near as obvious but like most cards, if the design flaw can be identified and the game procedure adjusted, a powerful player advantage might be possible.

A One Way Street

My assertion is that the casino should have protected its own game properly by not compromising their own procedures, or should have had the training required to recognise such a simple marking system.

If so, the game would have been stopped in a matter of minutes or (preferably) as soon as they received Mr. Ivey’s request.

Reading the results of the court case in London and the subsequent appeal, I’m dismayed at the lack of insight from British courts.

They blurred the line between cheating, advantage play and luck by suggesting cheating is not dependent on intent and failed to hold the casino responsible for its own actions regarding game procedure.

Phil Ivey knew what he was doing but the casinos he targeted should have known better than to accept any request that might compromise their own safety measures.

At the very least it should have been an expensive mistake on their part rather than an attack on Phil Ivey for merely doing what he does best: playing to win.