Odds Of Jury Duty – What Are Your Chances Of Getting Called Up? 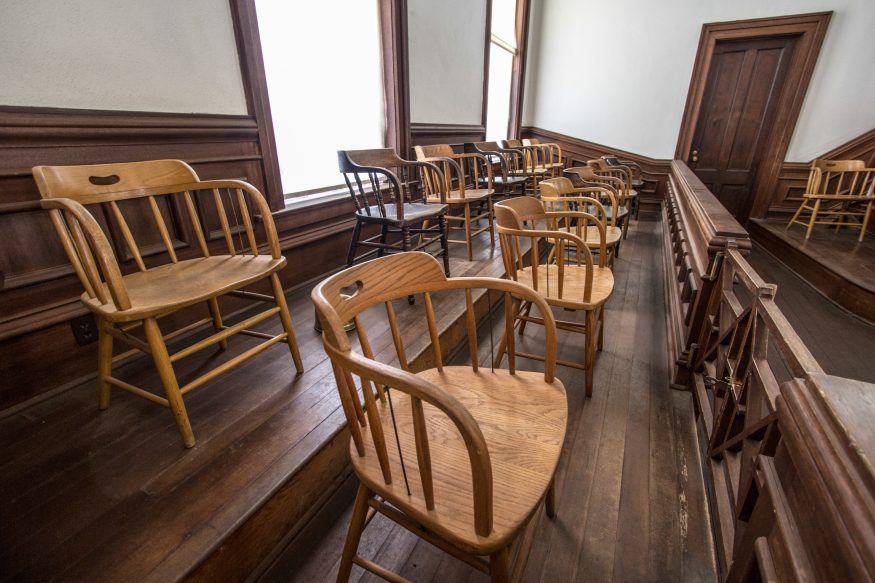 Ever wondered when you might get called in for jury service? If you’re not quite sure what jury duty is, in a nutshell, it’s this: a citizen is summoned to court and expected to serve as a juror during a legal proceeding.

If selected from a pool of potential jurors, you’ll then become part of a jury comprised of 12 – 15 members of the public, who will be required to sit in on a court hearing and help to decide the outcome of a criminal trial. This can take days, or sometimes even weeks or months.

But just how likely are you to be called for jury service?

We’ve done the research for citizens of the US and the UK, so you can see the odds of being a juror in your lifetime. It’s time for the cross-examination…

Odds Of Jury Duty In The US

It stands to reason that, as the third largest country in the world by population, your chances of being a juror in the US would be less than usual, among a crowd of over 331 million people.

But with so many people potentially comes more crime too.

Surprisingly, there’s not much recent detail on the chances of being a juror in the US.

But we did manage to dig out reports of a 2012 survey by the Defense Research Institute (DRI) that stated that 27% of adults in the US had “served on a jury at some point in their lives”, per some insightful analysis from the opinion poll site FiveThirtyEight.

It could also depend on the state or even the borough you call home, as the New York post revealed that “in any given year, 450,000 people can get called to serve on state and federal juries in Manhattan alone”. Jeez.

Odds Of Jury Duty In The UK

If you live in the UK, your odds of being called up to the jurors’ benches differ depending on which one of the four nations you’re in.

According to the BBC, who quote statistics lecturer Deirdre Toher, the chance of being called for jury service in Scotland is “approximately 95% across the 53 years of typical eligibility”, from 18 to around 70.

Although this is based upon people receiving letters with requests to serve, with the odds of actually being selected for the benches on a Scottish jury dropping to roughly 30%.

The higher figures in Scotland are based on juries that are made up of 15 members of the public, while Wales and England only require 12 citizens to complete a jury.

The BBC states that, according to the Ministry of Justice, people from Wales and England have a 35% chance of “being summoned…over the course of their lifetime” with only around half of those called actually serving.

There was no reliable or specific information on Northern Ireland’s odds at the time of writing.

Some people love the idea of being asked to participate in jury service and find criminal cases fascinating, or see being a juror as an important part of their civic duty.

Then there are others who dread the time away from work and home, and would prefer not to be subjected to lengthy legal processes or disturbing crime details.

Whichever side you’re on, it’s important to know what you’re getting yourself into (or out of).

So we’ve compiled our top jury duty facts below, so you’ll be fully prepared if that summons ever drops through your letterbox.

Yes, You Can Get Out Of Jury Duty

If your reason for bailing out of bench duty is a little less severe, there’s still hope. Pre-booked holidays/vacations, operations, exams or problematic employers may all give you a reprieve for up to a year — but you will have to book another date.

In both the US and the UK, things that can rule you out of your civic duty may include being aged under 18 or over 70, subject to felony/criminal charges, not having sufficient English language levels, a mental or physical disorder, or having an occupation including being a member of the police or fire department, armed forces or government.

You can try to call in sick but remember that in the UK you’ll have to present a certificate from your doctor as evidence.

If you are genuinely ill, you have to let the jury officer know before 9.30am, or you could risk a fine for being a no-show.

In the US, it’s the same kind of deal. Just like for sports class, you’ll need a sick note to get yourself out of jury duty.

But if you point blank ignore your summons, you’ll potentially get more than just a slap on the wrist, with an arrest warrant, fine, jail time, community service and misdemeanour conviction all possible.

How To Get Picked For Jury Service

You can better your chances of getting selected for jury duty in the US simply by being 18 or over and a citizen who is registered to vote and has a driver’s license.

That’s according to the New Yorks Times Magazine, which also advises presenting yourself as “stable and balanced” and a team player.

In the UK they insist that everything, from the summons selection via electoral register to a selection for the jury by court clerk, is random.

But, if there aren’t enough potential jurors on the day, courts can claim a passerby on the street or from a local office. This has a great name: “paying the talesman”.

Do You Get Paid For Jury Duty?

If you get selected for federal jury service in the US, you can earn $50 per day with potential for a ‘pay-rise’ of up to $60 a day if your trial exceeds 10 days. That’s in addition to travel expenses, plus potential meal allowances and lodging.

In the UK, you don’t get paid for doing jury service. But you’re not completely out of luck, or out of pocket, as you can claim money back for lost earnings up to £64.95 per day, plus some food and drink and travel expenses, and even childcare.

What To Wear For Jury Service

There isn’t really a dress code for jury duty in the UK, with the government recommending that you wear something more comfortable. But if you rock up in revealing shorts or wear rude logos and slogans, you’ll be shown the door.

However, in the US, it’s best to double check as the advice can differ between states.

For example, Florida bans jeans and t-shirts, while California suggests business attire without ties and frowns upon mini-skirts, flip-flops and tank tops, with hats only allowed for religious reasons.

What Happens If You Miss Jury Duty

If you skip jury service without prior approval or a good reason, you can land yourself in hot water in both the UK and the US.

Possible penalties include fines, arrests, a criminal record and brief jail time. But that’s at the severe end of the spectrum. You could simply end up with just a second summons.

But who’d want to risk that?

The Best (And Worst) Excuses For Getting Out Of Jury Duty

We scoured the web and some of our favorite worst excuses for getting out of jury duty included these real corkers from the Sydney Morning Herald, such as:

But some excuses, it turns out, can get you quite far.

So we’d have to class some of these, collected by the New York Post, as among the best out there:

So if you receive your summons, now you know exactly what (not) to say. You’re welcome.