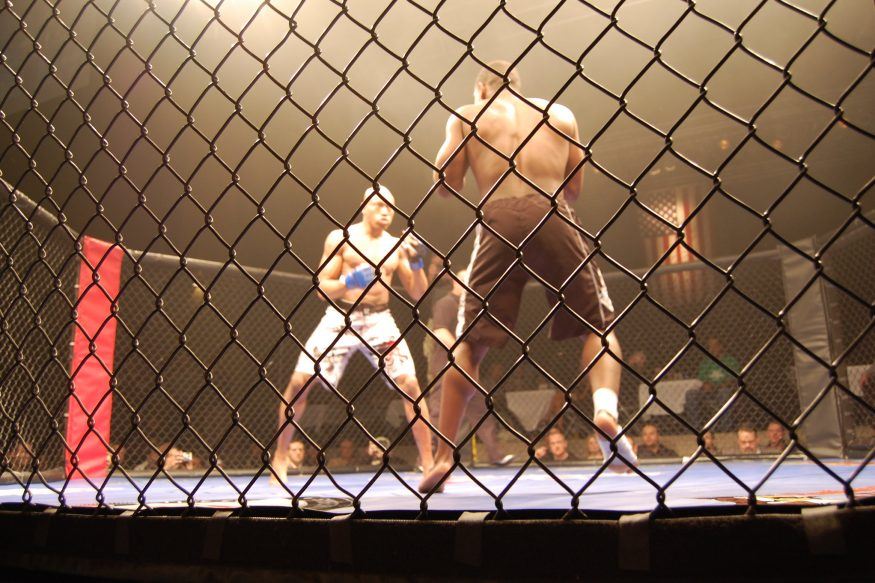 Who are the richest MMA fighters in the world?

The rise of mixed martial arts in recent years has seen a number of fighters become global superstars through their high-profile bouts and celebrity lifestyles.

Key to the overall growth in stature is the UFC and its massive surge in popularity, with many of its leading names having enjoyed the rich rewards of their success in the octagon.

After overseeing the richest boxers of all-time, we’ve now researched the leading money-makers from a career in the cage and other personal financial moves.

So, here are the top 10 richest MMA fighters in the world and their reported net worth.

Beginning with a true UFC legend. Randy Couture is regarded as an all-time great of the organization, having been a three-time heavyweight and two-time light-heavyweight champion.

The Washington-born fighter’s achievements saw him become the fourth person to be inducted into the UFC Hall of Fame and is the oldest champion in MMA history.

As well as his illustrious career in the octagon, Couture is known for his acting work in blockbuster movies such as The Expendables franchise, while he is also a retired United States Army Sergeant.

Before returning to the UFC later in his prestigious career, Wanderlei Silva stormed to legendary status in the MMA world within Pride Fighting Championship in Japan.

It’s in Pride that Silva holds the records for the most wins, knockouts, title defenses and longest winning streak in the organization’s history.

After reigning as Pride middleweight king, the Brazilian star enjoyed relative success on his move back to the UFC and is considered a legend of the sport.

Known as “The Last Emperor”, Russian legend Fedor Emelianenko earned a long list of accolades throughout his historic career.

Among these include reigning as Pride heavyweight champion for four years and being named Fighter of the Decade for the 2000s.

Despite having never competed in the UFC, the sport’s most high-profile organization in the world, Emelianenko has still entered the top 10 highest earning MMA fighters in the world.

Regarded by many as the greatest ever mixed martial artist in history, Anderson “Spider” Silva is a genuine icon of the sport, having dominantly reigned as UFC middleweight champion.

The Brazilian fighter holds the record for the longest title streak in the history of the UFC – with 10 defenses of his former middleweight crown and 16 consecutive victories across 2,457 days.

His icon status in the MMA world saw him take to the big screen as well, starring in several movies (sometimes as himself).

A former two-weight UFC champion next, with the legendary B.J. Penn having prevailed at both lightweight and welterweight throughout his illustrious octagon career.

The Hawaii-native was the inaugural inductee into the modern era wing of the UFC Hall of Fame after such impressive feats, with the organization’s president Dana White stating he is the reason for the lower weight divisions becoming so popular.

Penn became one of the key pay-per-view stars during his rise to prominence and eventual legendary standing in the sport, while movie roles as himself have followed to help boost his overall financial earnings.

One of the most recognizable sports stars in the world, Brock Lesnar is a generational athlete, with an intimidating and imposing physique.

Lesnar began his sporting career as a wrestler and American footballer but it was within the WWE that he became a global superstar.

A sensational switch to the UFC saw his status rocket even further – as he ultimately was crowned heavyweight champion.

His worldwide profile cemented incredible Box Office success and he has generated vast wealth throughout his entire career as a result.

Inside the top five richest MMA fighters in the world and it’s another all-time great.

Being widely regarded as one of the best of all time, the Canadian star holds an abundance of UFC records and accumulated a massive $30 million net worth.

After being involved in many PPV showdowns within the UFC, St. Pierre was later involved in an acting career in fight-related movies and television programmes.

An adored athlete in his home nation of Russia, Khabib Nurmagomedov has been one of the biggest names in the UFC during his dominant reign as lightweight ruler.

At the height of his overall supremacy, being the longest-reigning UFC lightweight champion in history, he retired with an unblemished record of 29-0.

Victories over Conor McGregor, Dustin Poirier and Justin Gaethje cemented his legacy, with his supreme career making him a household name.

Nurmagomedov is the most followed Russian on Instagram and the first Muslim ever to win a UFC championship, also seeing huge financial rewards as a result.

Rorion Gracie is one of the few practitioners in the world to hold a 9th-degree red belt in Brazilian jiu-jitsu and is a pioneer of the martial art – having introducing Gracie/Brazilian Jiu-jitsu to the world.

With a net worth of $50 million, Gracie has earned his fortune from a career and life in being jiu-jitsu Grand Master, writer, publisher and lecturer.

He is also one of the co-founders of the UFC and has worked as a technical advisor and fight scene choreographer for several Hollywood movies.

There was only ever going to be one name at the top of the richest UFC fighters list.

Conor McGregor has become one of the biggest global superstars in a short space of time.

The Irishman arrived on the UFC scene in style, bringing a legion of supporters with him and seeing his success in the cage and entertaining trash-talking make him a quick-fire phenomenon.

Beyond just his UFC victories and record-breaking paydays, “The Notorious” has used his name to move into the business world.

McGregor’s whiskey brand ‘Proper 12’ has helped him grow his wealth even further as he sits atop the list as the richest UFC fighter ever.