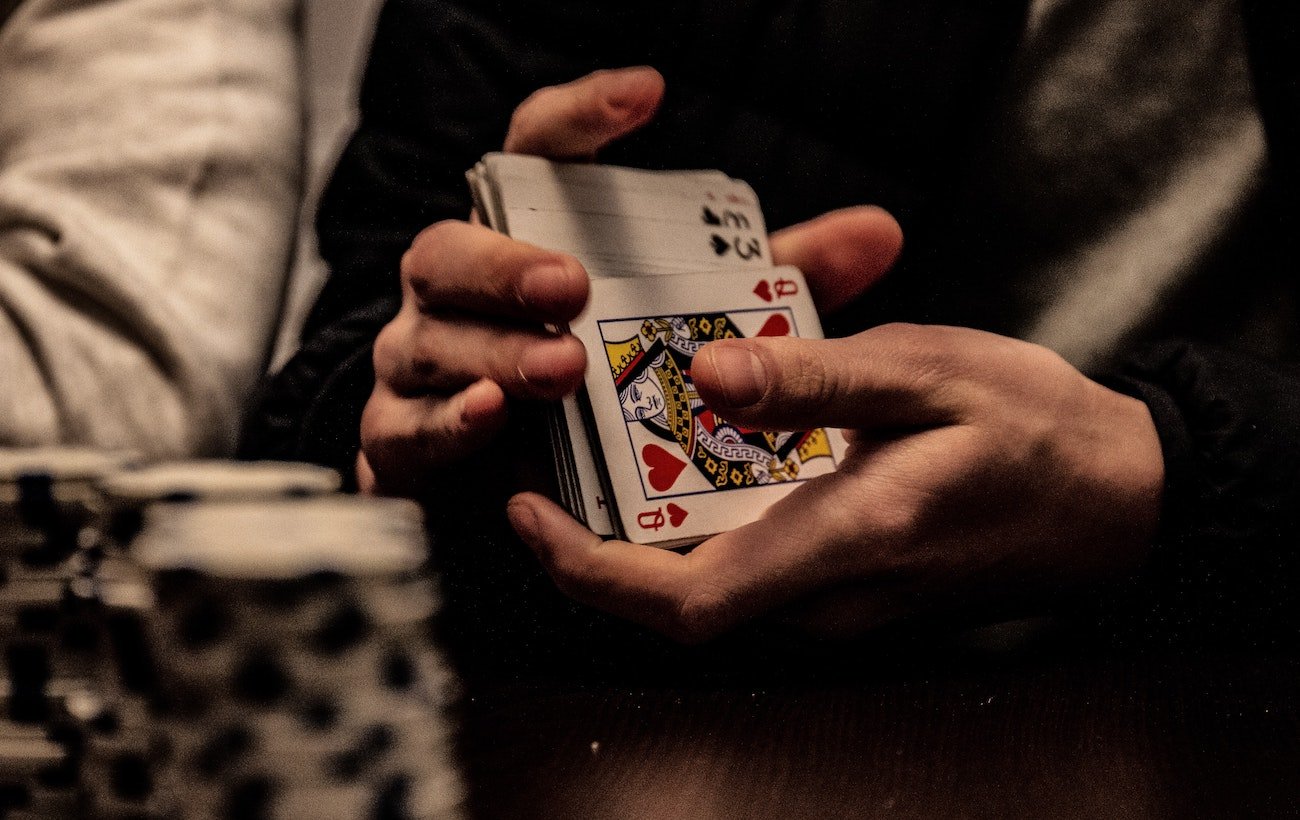 Con artists thrive when they can adapt to a situation or blend into a scenario where they go unnoticed and unsuspected by potential marks.

A common tactic used by all scammers is to blend into their surroundings and bide their time until an opportunity presents itself to move in for the kill.

At the card table, cheaters learn to follow accepted procedures and to emulate common physical actions while practicing to subvert these elements through sleight of hand, gaffed cards, loaded dice, crooked chips or electronic devices that might offer an unbeatable edge over time or steal every chip at the table in a single round of play.

Typically, in any game where strange hand motions or a break in expected procedure would be noticed, the goal is to find a weakness in the established order of play that can be used to create an unfair advantage for the cheater.

For example, most private games share the deal, passing the deck from one player to the next who also collects the cards from the previous round of play.

This gives a mechanic (an expert in crooked sleight of hand) plenty of opportunity to set a hand, load the flop or just know what he’s about to deal and to whom.

There are plenty of sleights to facilitate this kind of unfair advantage while completely complying with the agreed order of play.

Cutting the cards is designed to beat this type of cheater since any stacked cards might be relocated to a random part of the deck but cheaters have known how to beat the cut for centuries with methods that range from staggeringly difficult sleight of hand to more risky techniques that force other players to cut exactly where the cheater wants them to!

The simplest solution is also the safest the most effective; to have a partner sit to the mechanic’s right and make the cut exactly where the dealer tells him to – usually thanks to a tiny brief when the cards are passed.

Of course, this presented no problem for pairs of cheating partners who simply straddled an honest player at the table sitting either side of a sucker who would be forced (thanks to this procedure) to deal the cards the cheaters had already stacked and cut into play.

Incidentally, when I played poker regularly around the UK, many casinos offered the cards to be cut and if I was in the right position to do so, I would make a complete false cut where the top half is snapped forward as if came from the bottom, then slapped back on top.

This sleight is difficult to master but the illusion it creates is perfect and had the cards been stacked in advance, my cut would have kept the pre-ordered cards in play making this a powerful move in concert with a crooked dealer.

The purpose of this false cut was nothing more than practice since the house dealer was never cheating (as far as I could tell) and I was just rehearsing a move to see if anyone noticed, which they never did.

During this time, I also noticed a potential opportunity thanks to the way the cards were passed across the table to be cut.

Since I always cut with two hands, I realized the back of the deck could only be seen by me and that I could use this now-familiar action to spot the top card of the lower half as a legitimate (actual) cut was completed.

This might not seem like much of an advantage until I trained myself to always cut a certain amount, ensuring the card I spotted would hit the flop!

I practiced this technique for years and while knowing one card that will hit the flop every nine or 10 hands might offer some sort of advantage to an expert player, it was really no more than an interesting move that would be better used by a crooked dealer with a confederate on first base to see the exposed card during every shuffle.

Adapting to legitimate procedures isn’t always the most profitable strategy and when cheaters spot the potential for a more effective method that requires a change in those procedures, they corrupt the order of play slowly until the suckers become comfortable with anything new.

Let’s say I want to steal chips from the pot, and I happen to have access to a good bottle of “check cop” (a sticky substance made by manufacturers of crooked gambling devices for the sole purpose of palming chips without transferring the sticky stuff to the chip).

The problem is that I need to lay my hand flat onto a chip for it to adhere to my skin and if I reached into a pot and just slapped my hand onto a pile of checks, people are bound to notice.

So how do I make this method work without attracting attention?

First, I figure out a way to steal that doesn’t require me to flatten my hand onto a pile of loose chips.

Instead, I’ll steal a chip from the top of a pile where it is less likely to be noticed vanishing and to cover it even further, I’ll then stack more chips onto the stack I just stole from in the process of counting.

This means that if I break off five black chips and stack those then steal the top chip as I collect six loose chips, once I stack those six onto the first pile It will leave a stack of 10, which would be expected.

Timing-wise, I would do this before the end of a hand or during a showdown as I arrange the chips for active players to see and while attention is towards those players or the dealer.

This allows me plenty of cover so long as I am not attracting attention for stacking the chips in the first place!

Once I have mastered this technique until I can make it look almost like magic – in fact, even a close observer would never notice a high-value chip vanishing in the process – I need to create the perfect conditions to secure my advantage with minimum risk to my life and limb.

The secret is to “splash the move” for hours, days or even weeks, months and years – always being the one to stack chips mid-hand or organize pots for other players to see whenever I’m out of the hand.

This becomes normal and comfortable and when it feels safe to do so without suspicion, I might begin stealing the occasional chip to bolster my stack.

This may seem like a lot of work and a lot of risk without much reward, but many crooked players have risked a lot more for a lot less and, over time, little scams like this can add up to a very unfair advantage.

Splashing the move is a powerful way to introduce new actions and put even the most alert players to sleep thanks to eventual familiarity that gives the cheater increased opportunities to steal.

In The Real World

Away from gambling games, this same strategy is used in all forms of deception where tiny changes (or nudges) in everyday situations can corrupt, convert or change any outcome to varying degrees.

Consider how high-stakes advantage players encourage “tweaks” in casino procedures in return for bigger bets and longer playing sessions while potentially giving the player a powerful advantage against the house.

In life, huge changes are often forced upon us in tiny nudges that people are prone to accept when they would have taken to the streets with flaming torches and pitchforks had those changes been made more quickly and openly.

The same is true in deception where tiny shifts in procedure can put people at their ease until the barn door is wide open and horse are long gone.

6 Ways To Increase Your Chances Of Winning McDonald’s Monopoly 2022 In The U.K.