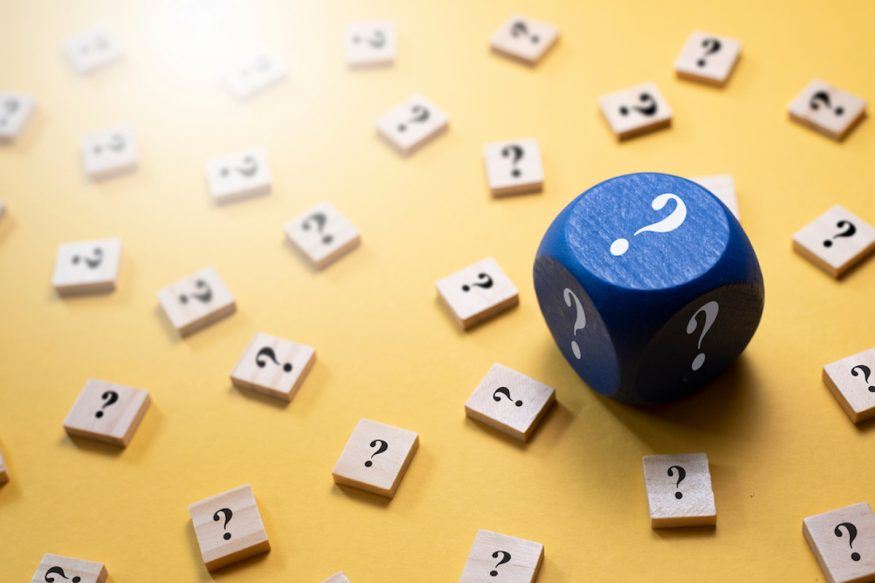 The ‘seemingly impossible’ happens every day.

Crazy, wild coincidences are a passion of mine and I have more than a few personal examples that force me to think about how the world actually works.

Are things meant to be? Is there such a thing as destiny or is it all just the result of uncalculated odds or untapped mathematics?

In a previous article, I described how Alex, Jess and I played the Hendon Mob for an early episode of The Real Hustle, a group of world-class poker players out of London.

The game was under the guise of a TV show where Alex and I learned poker from experts in order to attend the World Series of Poker in Las Vegas – a completely unoriginal idea touted every year by about a thousand wannabe poker players itching for a free trip to Las Vegas.

There’s more to that Hendon Mob game than previously revealed.

In fact, we played another game right after that one and pulled the same scam but while the professional players recognised a rare occurrence, the second set of players almost caught us because of their lack of experience and understanding of the game!

To recap: the scam involved a deck switch and we had used two in that first game; one to knock out Barney Boatman (a true gentleman and a monster at the card table), the other to take out his teammates. As we were doing this for TV, the hands we stacked were as clear and obvious as possible for the audience at home to understand. But by poker standards they were too splashy, and Barney even called his bad beat a ‘cold deck’ (the term cheaters use when switching decks); it turned out that some players have borrowed the terms for extreme bad beats.

In addition to the game with the Hendon Mob, we booked another with a couple of local players, who fit neatly into the types of players I’d learned to play against in Glasgow.

One was a studious, careful player still too green to be as aggressive as he needed to be, the other a careless risk taker who could explain every hand after it happened and was more dangerous to his own bankroll than to ours.

Bad beats – where one monster hand is unexpectedly beaten by another – do happen all the time.

The more you play, the more you’ll see four of a kind beaten by a straight flush or similarly crazy outcomes that drive players mad in the moment.

TV cameras have captured lots of them over the years but if I was really switching decks on you, I’d be a lot less ‘Hollywood’ about how I steal your money.

After beating the Hendon boys we repeated the entire scam with our unknown players as a backup. From the first round, Alex and I knew we had a world-class know-it-all at the table and took great pleasure in beating him legitimately several times since Alex and I were more than up to his standard.

But we were there for other business so in order to shut the guy up and get out of there, I dropped the cooler into the game, stacked for another spectacular loss.

As soon as the hand was over, our loudmouth player went berserk, claiming that what just happened was ‘impossible’ while multiplying the chances of one hand against the chances of another as if two fours of a kind had never happened in a hand of cards before.

Most amusing of all, he had no idea we had cheated but he acted like he’d never seen a bust like that before!

While the world-class, professional poker players thought they’d seen a rare hand, the amateurs got tangled up in a poor understanding of the odds.

In actual fact, the Hendon Mob had just told us a handful of stories where such hands had beat them several times over the years, including one famous example when one of their group folded a monster hand because he could smell the bad beat coming.

Meanwhile, this mouth on wheels was telling us that his bad beat defied all mathematical possibility when in fact, he had walked into the same trap that beat the experts.

Such bad beats really do happen a lot and while it might not be a Royal Flush against four aces, I’ve personally seen that happen to me in a real game for real money and while I was immediately suspicious, I quickly realised that I had shuffled, cut and dealt that hand.

I actually did it to myself without trying!

In a late-night game at a casino in Glasgow, long before my TV hustling days, I was involved in a regular poker session where the deck was dealt by a single player for an hour or so before another player would take over those duties.

Since I had ‘outed’ myself as a magician and sleight of hand artist no one ever asked me to deal until one night when one of the old hands asked me to jump in and speed the game up.

Reluctantly, I agreed, moved to the dealer’s position and shuffled the deck thoroughly, but one of the other players refused to allow this and caused such a ruckus that I was able to go back to my original seat just to shut him up.

Meanwhile, the old-timer sat in as the dealer, took the deck I had just shuffled and cut and dealt everyone a hand.

The flop later came Ace, Ace, Ace with a fourth Ace on the Turn. Thankfully I wasn’t the one dealing those cards, or I might have been explaining myself through a mouth full of broken teeth!

The fact those Aces came purely by chance, certainly proves that the seemingly impossible can happen but I also reflect on the situation surrounding it that ended up taking all the heat off of me.

When Robert dealt those aces, it was a curiosity.

But had the guy not made such an enormous fuss about me dealing, those same aces would have kicked off an entirely different scenario had I dealt them.

What were the chances of all of those elements converging like that?

I’m sure the number must be huge but here’s a really interesting thought: the chances of such ‘impossibilities’ NOT happening are far greater than the odds of any seemingly crazy coincidence.

In other words, the impossible is supposed to happen from time to time.

In fact, many amazing coincidences pass by unnoticed and the more we pay attention to events around us by, say, betting on them; the more we begin to notice how events can converge to create something truly amazing.

Ask anyone who has lost a bet to unforeseeable circumstances or won a bet where the odds were astronomical – someone wins the lottery almost every week!

In my next article, I’ll outline a couple of wild coincidences that are absolutely true but to this day, I find it hard to believe they actually happened…