More than a year after we first reported In-N-Out Burger was coming to the Las Vegas Strip, it has. The popular fast food restaurant opened for its first day of business at Linq promenade on Jan. 11, 2017.

Just another burger joint in Las Vegas? Uh, no.

The popularity of In-N-Out is the stuff of legend in Sin City, with many visitors considering a stop at the restaurant an essential part of their vacation.

Here’s a quick walk-through of the new In-N-Out at the Linq shopping district.

We’d wager the new In-N-Out Burger location will quickly become the chain’s most profitable, and we did our part during our first visit.

The staff was predictably young, friendly and impeccably groomed. In-N-Out gets great talent because, unlikely the majority of its fast food chain competition, it pays team members more than mandated minimum wage guidelines. Managers make in excess of $100,00 a year.

Many of the opening night staff members were employees of other out-of-state locations shipped in to assist with the restaurant’s Strip debut.

The food was just plain delicious, as always. Context: Every other burger in the neighborhood is $12, at least.

The Strip’s first In-N-Out is located by the mall’s fountains, between Flour & Barley restaurant and Sprinkles Cupcakes. When you’re ready for dessert, check out the cupcake ATM just a few feet away.

Thanks to the Linq for turning off the fountains so we could take a photo with a pretty reflection.

The restaurant seats about 150 people inside, and a patio holds another 90 or so. In-N-Out Burger is going to need every seat it can get.

It’s no secret In-N-Out prints bible verses on some of its packaging. Chill out, it’s just a cup.

In-N-Out joins a host of great dining options at Linq promenade, and is sure to give them a run for their money.

It’s elevated fast food, with reasonable prices and flawless, friendly service, and the restaurant is sure to be a much-needed draw for the mid-Strip mall. It’s been estimated 20 million people walk by the Linq pedestrian mall every year, and now they have an even better reason to stay awhile. 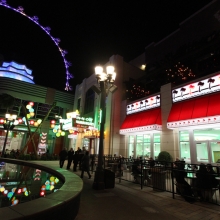 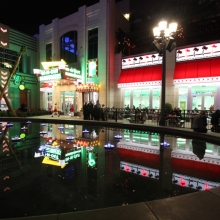 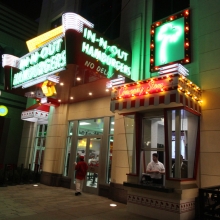 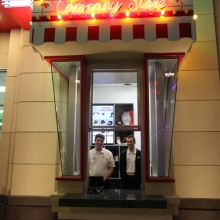 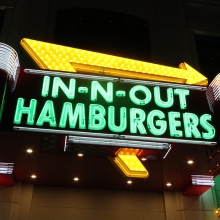 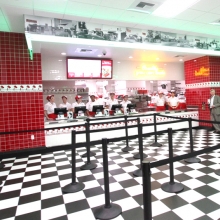 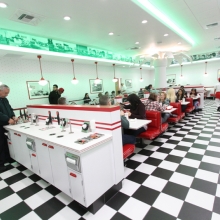 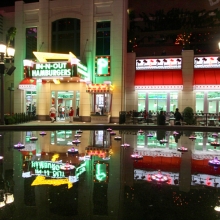 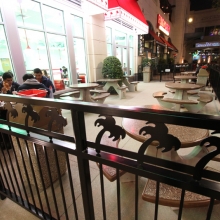 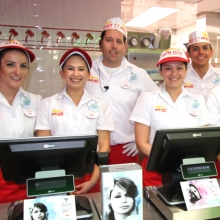 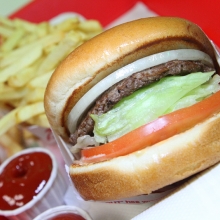 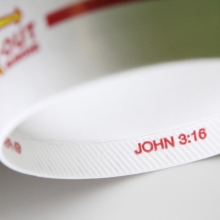 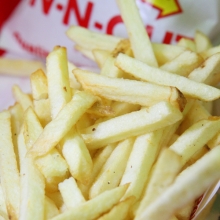 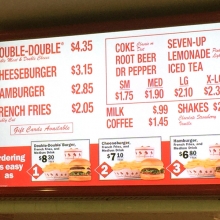