The train cars, named The Blackhawk and The Cascade, were included in the sale of a parcel of land located between Main Street Station and the Plaza. The land was purchased by Derek and Greg Stevens (owners of The D and Golden Gate) from Boyd Gaming for $7.5 million. Learn more.

We chatted up our friend and V.P. of Operations for The D Las Vegas, Jeff Victor, to find out more about the sale and relocation of the trains. Mainly because we have no life and consider such things wildly fascinating.

Victor says the company was initially surprised to learn the trains had been included in the land sale. The Stevens brothers asked Boyd (owners of the Main Street Station casino) when the trains would be moved, and only then were they informed the trains were part of what they’d acquired.

The train cars had originally come from Colorado, and were restored by John Small at the behest of Florida developer Bob Snow. Snow estimated the value of the train cars at $250,000 each.

The announcement the classic train cars were for sale set off a bidding war. Snow showed interest in the cars, and the town of Caliente, Nevada was also in the running for possession of the rolling pieces of Americana.

Some bidders were deterred by the cost of transporting the cars, estimated to be about $100,000.

Ultimately, the cars were sold to a waste and recycling firm, Western Elite.

We spoke to Ryan Williams of Western Elite, and for a time the cars were housed at the company’s “yard” in Las Vegas.

Eventually, where were moved to the family ranch about 60 miles north of Las Vegas.

So, while it’s sad to see the train cars go, there’s some consolation in the fact they’re in good hands.

Yes, we asked how much the train cars sold for, but the answer isn’t straightforward. It wasn’t a completely cash transaction. The deal included trade for waste disposal services, which makes sense given the fact the Stevens brothers will be in construction mode on their new resort, currently called 18 Fremont (formerly the Las Vegas Club).

We’ve learned exclusively that before the trains were moved, they served as the location for an upcoming episode of “Pawn Stars.” No deal could be struck, hence the sale.

Here’s a look at the parcel of land in question, as well as the trains before their move. We’ve been asked how the nearby casino can be called Main Street Station if there are no longer trains involved. Well, there are two train cars at Main Street Station, the Louisa May Alcott Pullman car and another called Orlando Dawn. Feel free to use that information to win a bar bet someday.

Enjoy more photos of the vintage train cars being removed from downtown’s Main Street Station, and thanks to Jeff Victor for keeping our story on track. 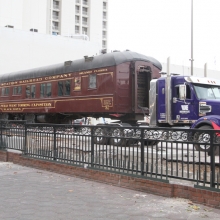 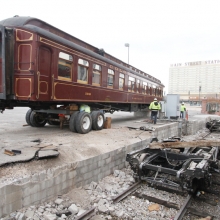 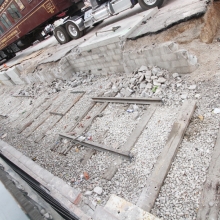 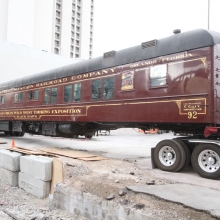 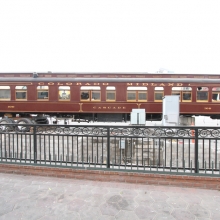 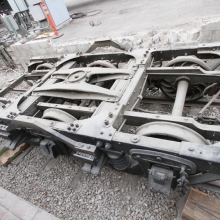 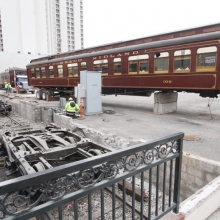 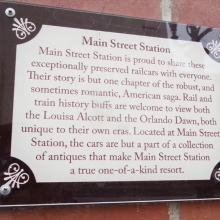 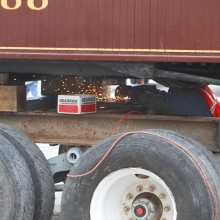 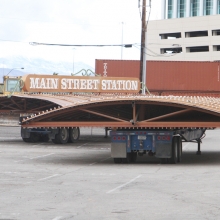 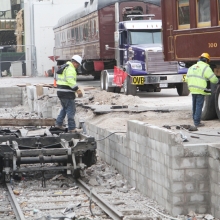 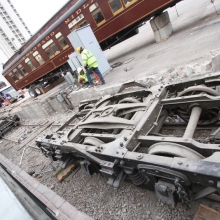