How To Bet On The US Election 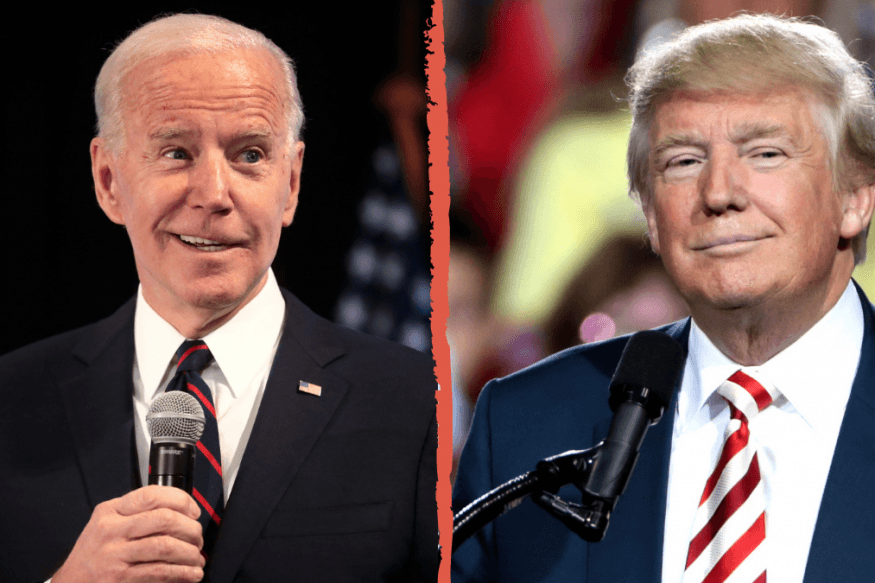 Ask one hundred people what they believe is the single biggest betting market of all-time, or will be in 2024, and they would probably reply with a sport. The World Cup or Super Bowl. The Grand National or Kentucky Derby perhaps?

Few, I suspect, would even consider the answer to be politics.

First there was the UK’s referendum that led to Brexit. Then Trump versus Clinton for the White House.

On current trends, the sequel involving Joe Biden will surpass both.

Where To Get A Piece Of The Action!

Though largely pioneered in the UK – home to the most liberalized and mature betting industry – political betting is now a global phenomenon.

PredictIt has emerged as an outstanding exchange, specializing in politics and current affairs. You can risk up to $850 on any of their impressively wide array of election markets.

If you live in a country where Betfair is legal (most, but not the USA, Canada, India or China), this is the go-to exchange where the biggest sums are traded. Over £250M was traded on their 2016 election markets and the 2020 projection is higher.

What Are The Latest Odds?

Betting odds are displayed differently between firms and countries. PredictIt quote a price in monetary terms that amounts to a percentage.

UK betting firms use either fractional or decimal odds. Biden’s PredictIt odds would equate to 8-11 or 1.72. Or -137 on a US sportsbook.

Notably, the PredictIt odds to oppose Biden are more generous than in the UK. On Betfair, the option is to ‘back’ or ‘lay’ (oppose) and odds are expressed in decimals. His odds are 1.85 to back or 1.86 to lay.

Americans Are More Pro-Biden Than With UK Firms

It is striking how close the betting is, especially in the UK, compared to opinion polls.

Current odds imply between 54-58 percent chance of a Biden win. That figure varies between 77-90 percent with polling models.

This differential has become a hot topic of election conversation. Why do betting markets rate Trump so much higher than the polls?

Most obviously, the memory of 2016, when Hillary Clinton was well ahead in the polls and a short-priced favorite. Trump’s upset was a huge betting story which created a narrative, that the polls were fake and never to write him off.

I’m very much in agreement with the pollsters and regard Biden an outstanding value bet at these odds. Comparisons with 2016 are highly dubious.

Trump won by a whisker, on a very low total, benefiting from stronger third-party challenges than will be the case this time. He’ll need to win many millions more votes this time, amid a higher turnout.

The polls were only 1-1.5 percent wrong and sampling errors have been corrected. The trends regarding Trump approval and the generic ballot have been incredibly consistent since 2016, and translated into votes at the 2018 mid-terms.

Trump is trailing by around 7 percent and that looks more or less fixed, with barely any persuadables.

Understanding The Electoral College Is Essential

Of course, the presidency isn’t decided by the popular vote.

Trump lost by 2.1 percent in 2020 but won the electoral college. This consists of votes awarded by each state to their particular winner – for example Florida awards 29 out of 538 in total. 270 are needed to win.

Note, betting is available on all the individual states and the electoral college totals.

Again, I suspect the memory of that freakish result is leading gamblers to think Biden’s task is harder than it really is. Here’s how he can become President.

First, hold all the states won by Hillary Clinton in 2016. Only these three are imaginably under threat.

Here’s how many electoral college votes each awards, along with Biden’s chance as implied by odds.

Retain them for the Democrats and Biden would need to gain states offering 38 electoral college votes to reach the winning target of 270.

Beyond that, Biden is favorite or competitive in all the following states won by Trump in 2016:

Those numbers imply a big mismatch with the next president odds.

If you think Biden will win, back him to win the presidency. If you prefer Trump, back him for Pennsylvania and Florida.

He won’t win without at least one, very probably needs both, and could win both but still lose the presidency.

These are just some of the betting options. Others include vote shares, vote totals, handicaps, third place.

Or if you fancy some long-range speculation, Betfred have priced up the 2024 election already. Donald Trump is a 16/1 chance while Ivanka is at 33/1.