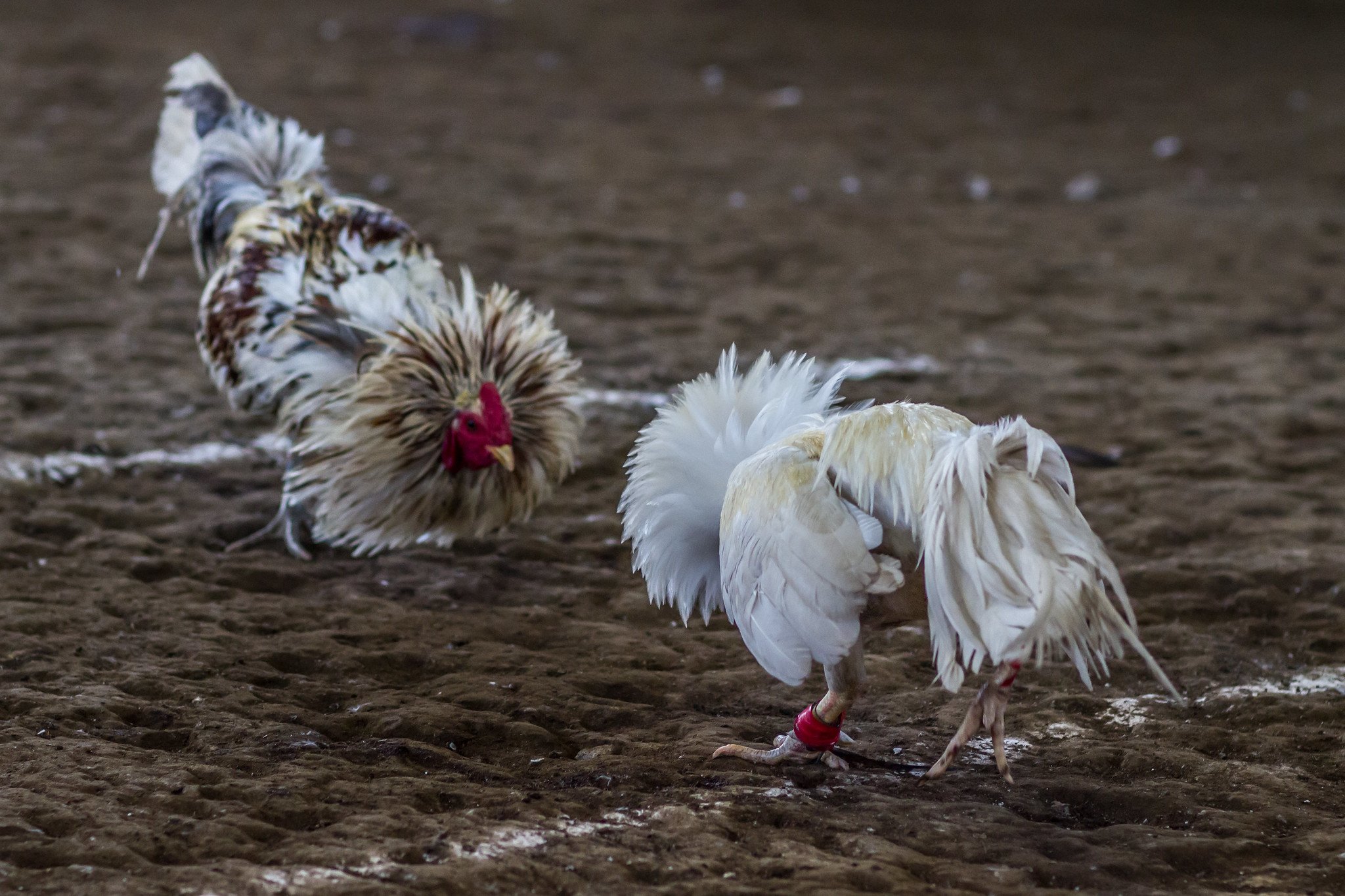 It was a pandemic-era betting craze that contributed enormously to the Philippine economy throughout COVID-19.

But e-sabong – where players watch and bet on cockfighting via online platforms – came at an enormous cost to the country’s citizens.

At the height of the e-sabong craze, levels of crime rose drastically, with all members of society – including police officers – looking for a means of paying off their rapidly accumulating debts.

Robberies, abductions, and even suspected murders were all reported as occurring because of the widespread addiction to e-sabong.

Despite these terrible social impacts, e-sabong’s rise was rapid, and its fall excruciatingly slow.

This being thanks to high-flying gambling tycoons, immense government tax profits, and a President who failed to see e-sabong’s social impact until it was almost too late.

Even now, with a new government in power and e-sabong banned, the effects of the betting craze are still being felt.

Families are torn apart, debt remains unpaid, and there are many who fear – and a few who hope – that this deadly betting craze may return to the Philippines before too long.

One of the first written records of a cockfight appearing in the Philippines comes from an Italian explorer called Antonio Pigafetta who wrote about fights he watched in Butuan City between 1519 – 1522.

Cockfighting – known as sabong – is thought to have been common before this time, and has definitely remained popular since.

In fact, many believe that it was cockfighting that inspired a wider gambling culture to take root in the Philippines.

This gambling has taken a number of forms in the modern day, with the traditional games of chance, lotteries, sweepstakes and number games all being controlled by the Philippine government through various agencies.

These agencies have mainly catered to international gambling tourists, the majority of which come from China.

Aside from visiting the Philippines’ four integrated resorts, Chinese and other international gamblers are increasingly turning to Philippine offshore gambling operators (known as POGOs).

These POGOs are known for offering foreign-only online betting, which has proved immensely popular.

Unfortunately, this reliance on international bettors saw the Philippines’ gambling industry suffer terribly when travel restrictions were put in place to combat COVID-19.

One government agency, the Philippine Amusement and Gaming Corporation (PAGCOR), claimed to be losing P5-6 billion (approximately $88.5-106 million) per month throughout this time.

Of course, the Coronavirus not only forced the Philippines to close its borders but also to restrict the movement and gathering of its citizens.

This led to the banning of numerous cultural, sporting, and gambling events – including cockfighting.

In an effort to support the gambling industry through this difficult time the Philippine government made online gambling available to the country’s populace.

Many of these players naturally gravitated to e-sabong as it provided both a means of gambling and a form of culturally important entertainment.

The 24/7 availability of e-sabong went hand-in-hand with its accessibility, with individuals only needing a smart device to play.

When combined with a low minimum bet threshold of P100 (approximately $1.78), and no need to spend time traveling to a physical fighting pit, large numbers of the Philippine public soon became addicted.

In December 2021, those in the industry estimated there to be over 5 million e-sabong players.

The Social Costs Of E-Sabong

A study on e-sabong published during the pandemic found that half of e-sabong players gambled on the game between 3-5 hours per day.

Such widespread gambling addiction soon caused a number of social problems, nearly all of them motivated by money.

Many individuals rapidly fell into debt, selling all their possessions to fuel their addiction or turning to crime in order to pay off the debts.

Reports throughout this time included robberies committed by indebted police corporals and a mother so desperate she allegedly sold her child.

However, it was not just those losing money that were committing crimes. Numerous accusations of match fixing schemes were made against fowl handlers.

Several of these disputes escalated into violence with 34 individuals tied to fixing schemes being abducted since May 2021. These individuals have yet to be accounted for and are presumed dead.

Atong Ang, a gambling tycoon who owns several cockfighting pits and claims to have accounted for 95% of e-sabong fights, has been linked to a number of these disappearances.

He denies any wrongdoing.

Pressure Mounts On The President

Rodrigo Duterte was President of the Philippines throughout both the rise and fall of e-sabong.

Duterte long defended e-sabong, stating in a public address that the P640 million (approximately $11.34 million) the government made in monthly taxes on the pastime was absolutely vital for the country.

“I did not stop it because the government needs the money from e-sabong. I make it public now, its 640 million [pesos] a month. In years’ time, it’s billions plus. Where do we get that money that easy?”

Duterte claimed this money was being used to plug the economic gaps inflicted by COVID-19 as well as helping to provide universal healthcare, improve infrastructure and boost education.

One such claim he made was that P100 million of e-sabong profits was being given to the Philippine general hospital each month to support its operations.

Furthermore, Duterte seemed to fear that the government banning e-sabong would only drive the sport underground where it would be impossible to tax or regulate, handing all the money and control to gangs and criminals.

However, Duterte’s position on e-sabong became untenable after a report by the Department of the Interior and Local Government (DILG) examined the social effects of e-sabong.

The online survey ran from April 19 to April 20, 2022, with 62% of respondents wanting the government to ban e-sabong completely.

A further 34% stated the practice needed tighter regulation, whilst a meagre 4% supported e-sabong as it was. This information was delivered to the President by interior secretary Eduardo Año.

Duterte officially banned e-sabong on May 3, 2022. All licensed operators were immediately ordered to stop taking bets and begin shutting down websites.

The government also instructed banks and financial institutions to stop processing payments linked to e-sabong, and gave bettors 30 days to remove all money from their e-sabong betting accounts.

The ban was seen to have been caused by the DILG’s report which highlighted how e-sabong had caused a spree of abductions, widespread crippling debt, and numerous other social issues.

During a statement Duterte repeated how his only goal in defending e-sabong had been to raise money for the country’s needs.

“We are only after the tax collection, but after the stories I’ve heard, it was very loud and clear to me that it was working against our values. It is impacting people and their families.”

It wasn’t until a month later, in mid-June, that Duterte formally apologized for his prolonged defense of e-sabong, admitting that he only realized the negative impacts of it “very late”.

A couple of weeks later Duterte stood down as President having reached his term limit.

In the following elections, Duterte’s daughter Sara was elected to be the fifteenth Vice-President of the Philippines, serving under President Ferdinand “Bongbong” Marcos Jr., the son of a previous dictator.

Marcos Jr. expressed his dislike of e-sabong long before Duterte banned it and has done little to reverse the ban since his inauguration.

However, illegal e-sabong is rife, and government attempts to control the spread of illegal online betting sites is not being helped by Facebook’s reluctance to block e-sabong pages, despite continued government requests.

Cockfighting itself is still a legal, popular and culturally important sport in the Philippines, one that is worth approximately $1 billion.

However, the sport is only permitted during Sundays, national holidays, and town festivals, meaning opportunities to gamble and become addicted are much more limited than when compared to the 24/7 nature of e-sabong.

This importance of cockfighting in the Philippines is highlighted in the 1974 Cockfighting Law.

It labels cockfighting as “a popular, traditional, and customary form of recreation and entertainment among Filipinos” and one that should be used as “a vehicle for the preservation and perpetuation of native Filipino heritage and, thereby, enhance our national identity.”

The sport is also seen as an important leveler in Filipino society, with all classes and professions taking an interest in it.

Furthermore, cockfighting is frequently touted as a metaphor for life in the Philippines, with only the fittest surviving and thriving.

The Philippine cockfighting calendar culminates in the World Slasher Cup, a competition which is likened to the cockfighting Olympics.

This event takes place over seven days in the Araneta Coliseum, the same venue which hosted Muhammed Ali and Joe Frazier’s famous boxing match “Thrilla in Manilla”. Breeders come from all over the world to compete.

This is not to say that cockfighting is universally popular.

Indeed, the sport is banned in most countries with many animal rights groups labeling the sport as barbaric.

Outside of competitions, People for the Ethical Treatment of Animals (PETA) has also reported instances of breeders mutilating their animals and injecting them with performance enhancing drugs such as steroids.

Cockfighting can also pose a danger to human life as tragically exemplified by the death of a Filipino police officer who had their femoral artery cut by a rooster when breaking up an illegal cockfight.

Whilst there has been little mention of e-sabong since the election of the Philippines’ new government, there are many who suggest it will be hard for them to fully turn their back on such a certified money maker.

In an interview with Philstar, Atong Ang made it abundantly clear that he expects e-sabong to return to the Philippines.

Whilst this may not occur under Ferdinand Marcos Jr, Sara Duterte previously championed the betting practice during her time as mayor of Davao City.

This, along with her father’s reluctance to ban the sport in the first place, has led many to believe that if she runs for and wins the presidency in the future, the Philippines may see the return of this lucrative and deadly betting craze.