The newly-opened Therapy restaurant is a worthy addition to the restaurant boom in downtown Las Vegas, with a striking interior design, stand-out signature cocktails and diverse menu.

Therapy has magically transformed a site formerly occupied by a Dollar Store into one of the most appealing restaurant spaces in all of downtown Las Vegas. Therapy sits next to Park on Fremont and Radio City Pizzeria, about half-a-block east of the SlotZilla zip line tower at Fremont Street Experience.

The restaurant seats about 135 people and has two levels, but sit on the lower to avoid giving the servers strokes.

Therapy’s menu is compact but covers a lot of ground.

Here’s a look at the delicious Oxtail Empanadas ($12).

Most dishes on the menu run $12-15, which seems about right for the quality of the food, but downtown, it’s a tick above what patrons expect in terms of value. Example: The $14 burger. Many great burgers downtown run $5-7.

Compare the prices to The Strip, though, and you’re in for a treat for a song.

For example, the Filet Frites entree is a full-on filet mignon with irresistible truffle fries for just $32. That’s a pittance in filet mignon dollars. Which should be a thing.

Our favorite dish so far has been the fantastic French Dip sandwich, with prime beef, horseradish cream on a hoagie roll with truffle chips. It’s $16. So, again, $3-5 too much for downtown, but French Dip perfection nonetheless.

The full Therapy menu is available on the restaurant’s Web site. The online menu doesn’t show prices (we’re sure that was inadvertent), so we’ve got you.

Not every dish was a hit with the group we dined with, so there’s some room for improvement at Therapy. The Chicken and Red Velvet Waffle Sliders didn’t meet expectations, and the bread served with our meal wasn’t the best (the sauce needs something, but we have no idea what), but these are quibbles given the enjoyment we derived from our meal, especially in the dessert realm.

The hit of the meal was easily the Crumbled Carrot Cake, served just as described. Crumbly. Actual food people call it “deconstructed,” mainly to impress their food people friends. This is the must-try dish at Therapy, even at $10.

The Trio of Sorbet ($9) were also excellent, with cherry winning out over orange and key lime in our utterly unqualified opinion.

Here’s an actual qualified opinion about Therapy from our friend and food critic, John Curtas at Eating Las Vegas.

We’re happy to report the signature cocktails make Therapy an essential destination whenever you’re downtown. Therapy leapfrogs over its surrounding competition, especially in the area of beverages.

First up, a sure-fire panty-dropper, the Fuhgettaboudet, with Captain Morgan, Malibu rum, fresh juices and raspberry ($12).

Next was what we vaguely remember as being the Bitter Tangerine Daiquiri. Don Q Rum, Campari liqueur, Fruitations Tangerine (a craft cocktail mixer) and fresh lime. Whatever it was called, it was awesome.

Then there was the White Peach Pisco Punch. Probably. We were drinking. Excessively. Because the health of our liver pales in comparison to pointing you toward some of the best cocktails we’ve had downtown, and trust us, they have been many.

Here’s the drink menu, because we know how you are.

Overall, Therapy restaurant and bar is step above many of the recently-opened offerings in downtown Las Vegas and on par with the wildly popular Carson Kitchen a block or two away.

The servers and bartenders are friendly and helpful, and the atmosphere is welcoming. The place looks wired for sound, but thankfully, management has figured out people like to converse as they eat and drink, so keep the music at a reasonable level.

You can learn more about Therapy restaurant in downtown Las Vegas on the restaurant’s official site. Or just read this blog post again, and pay attention this time.

Enjoy more photos of Therapy below, because that’s how this award-winning and ever-humble Las Vegas blog rolls. 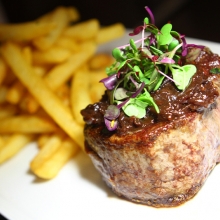 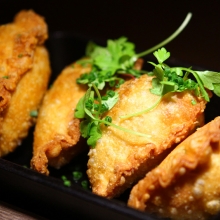 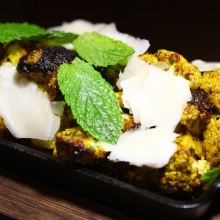 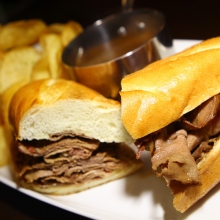 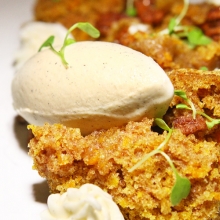 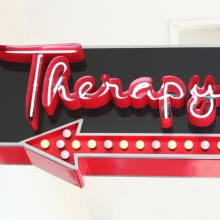 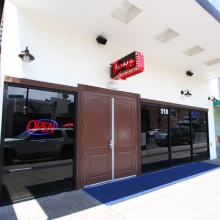 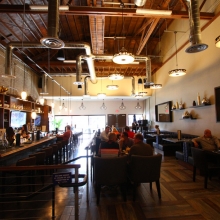 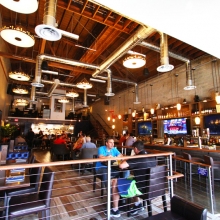 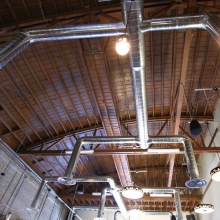 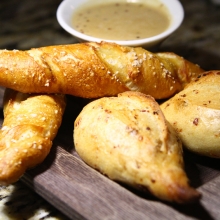 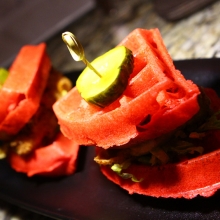 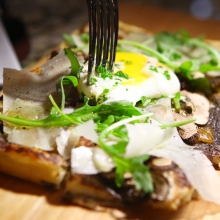 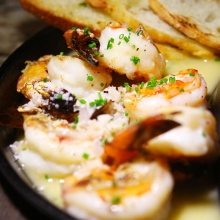 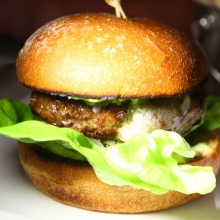 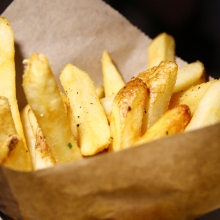 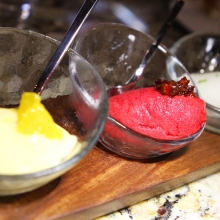 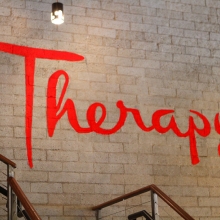 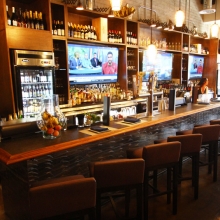 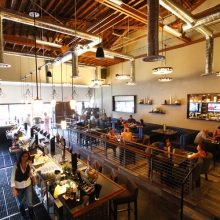 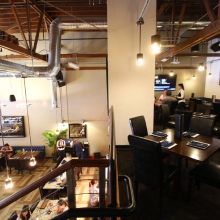 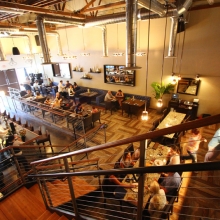 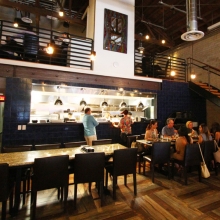 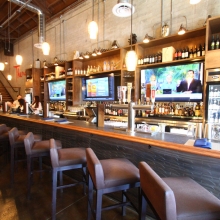 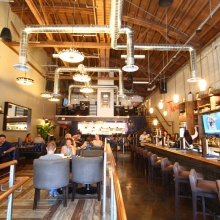 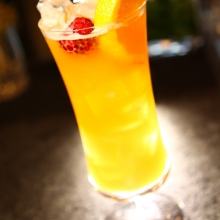 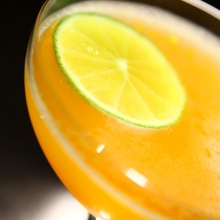 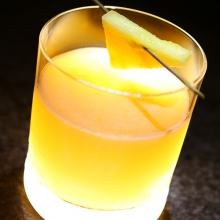 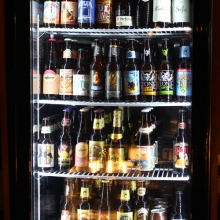 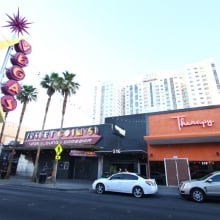