Sinna recently celebrated a birthday, and decided to invite some friends to join him in Las Vegas for the festivities.

Lots of people have done that. But Gabe Sinna isn’t everybody.

After months of planning, Sinna created an ingenious game for his friends to play, inspired by the hit travel competition on CBS, “The Amazing Race.” And his game has raised the bar for Las Vegas scavenger hunts forever.

See, just about everyone has a friend who’s a planner. But Gabe Sinna is more than that. He’s a savant. He’s a genius. He’s a freak.

And we’re not just saying that because Sinna dove deeply into the recesses of this very Las Vegas blog for nuggets to inform his “Amazing Gabe” race.

While Sinna orchestrated an entire Las Vegas trip for his friends, we tagged along on the part that featured downtown. Not only do we work downtown (in marketing at Fremont Street Experience), the area is home to some of our favorite places in Las Vegas.

Sinna did extensive research about downtown before creating his race, then built his “race” using elements of “The Amazing Race,” including “Detours” and “Roadblocks.” He even used artwork inspired by the show. Told you he’s a freak.

At the beginning of each leg of the race, Sinna distributed clues (“Route Info.”) and his friends, all couples, got to explore downtown in a fun, unique way.

It should be noted Sinna’s friends are also sort of freaks, as they made matching T-shirts with Sinna’s face on them for each team.

The “Amazing Gabe” race included a carefully-curated list of things to do downtown:

The downtown race culminated at Pizza Rock, of course. Did we not mention Sinna reads this blog?

Gabe Sinna’s friends are apparently fellow Las Vegas aficionados, because they navigated his clues with relative ease. (It was determined later the Internet may have made some of the clues too easy to solve. Thanks a lot, blogs!)

As mentioned, the downtown “race” was just part of the fun. Sinna created a nearly 20-page, spiral-bound booklet for his friends.

The booklet included, among other things, his friend’s favorite drinks.

There were also agendas for other days of their trip, shuttle schedules, maps of The Strip and downtown and a page for his friends to note which Vegas casinos they’d visited.

One of our favorite parts of his booklet was devoted to a photo hunt. Sinna created an extensive list of Las Vegas-themed photo ideas, including images of:

While we love Las Vegas a lot, we bow before the love Gabe Sinna clearly has for this town. Seriously. His name even has “sin” in it.

Thanks to Gabe for letting us tag along on several legs of the “Amazing Gabe” race! We were truly impressed with his knowledge of Vegas, as well as his organizational ability, as it’s well-known we are personally bereft of the planning gene.

If you’ve done anything even remotely as creative as Gabe for a Las Vegas visit, we’d love to hear about it. We won’t hold our breath. 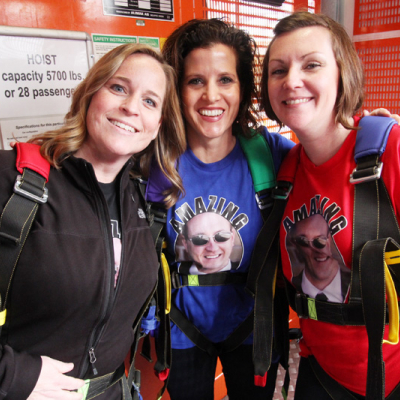 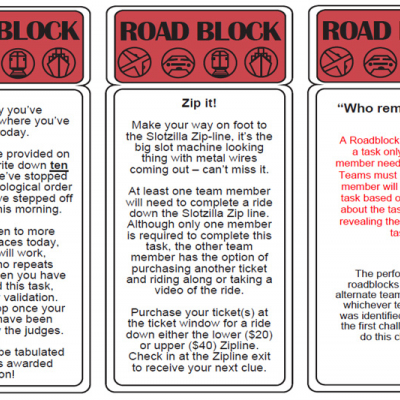 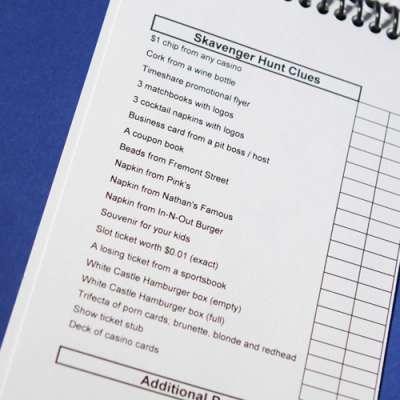 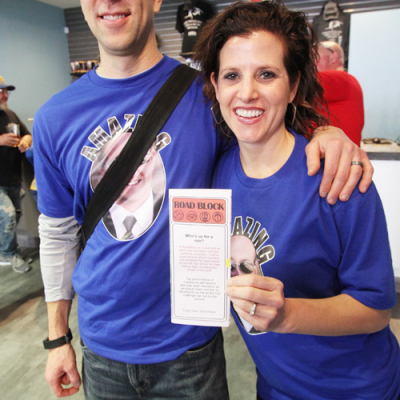 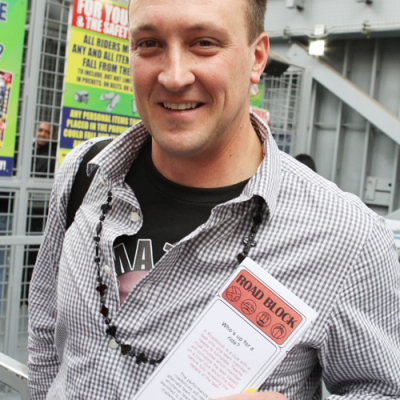 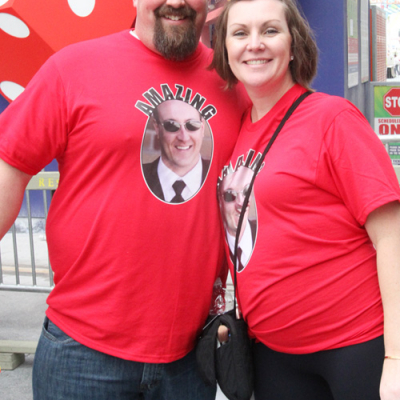 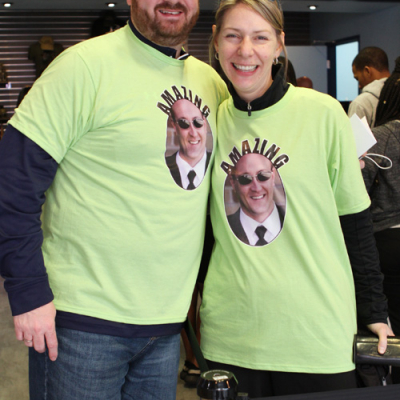 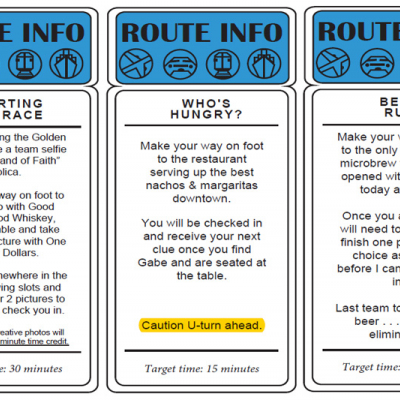 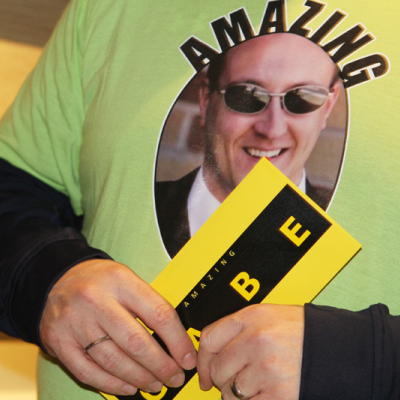 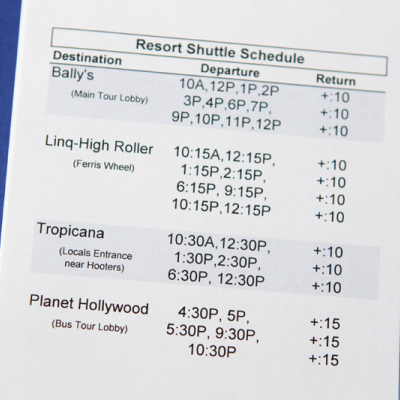 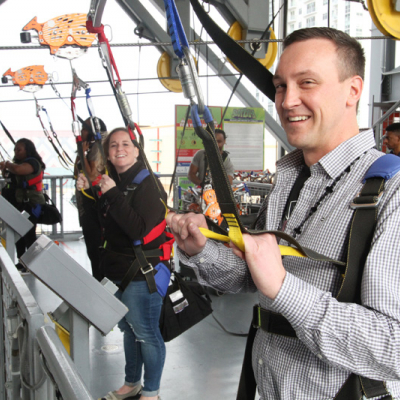 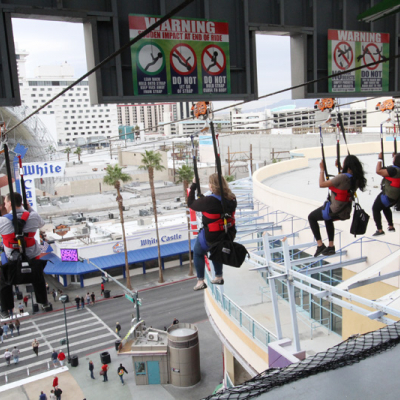 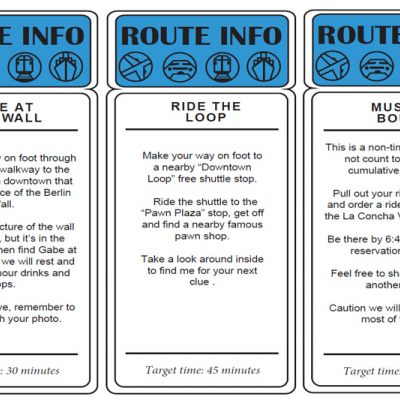 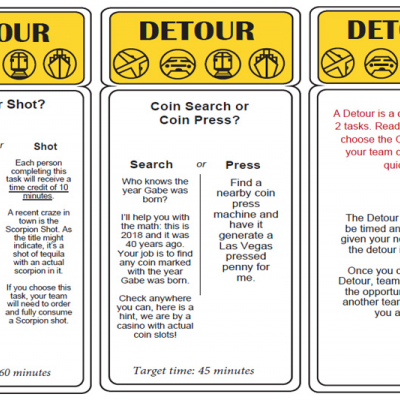 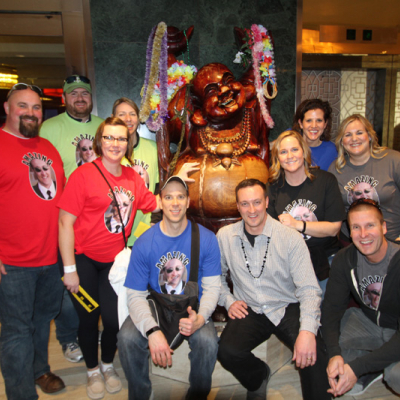 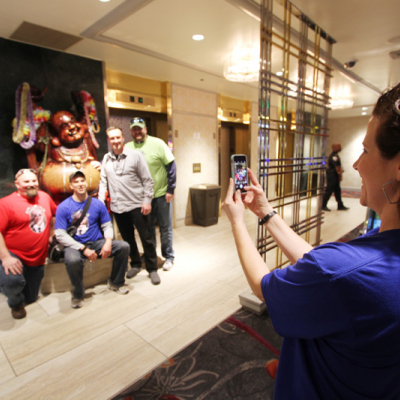 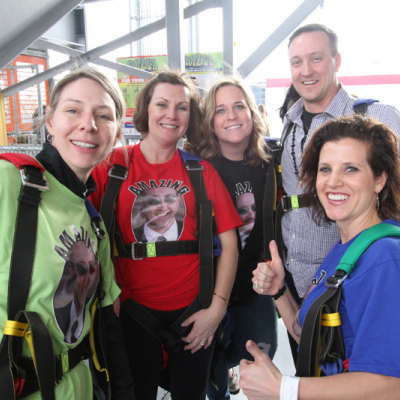 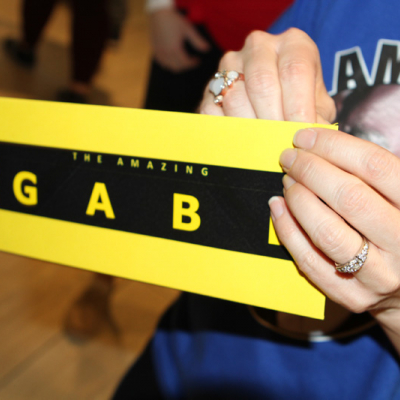 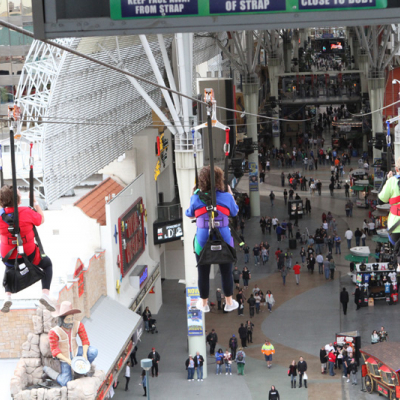 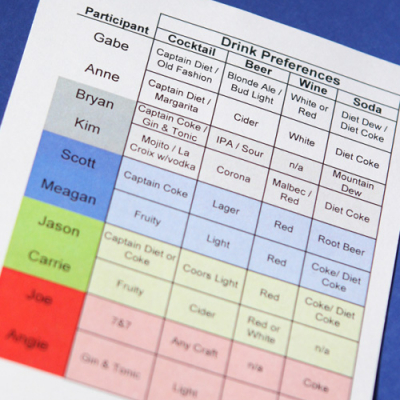 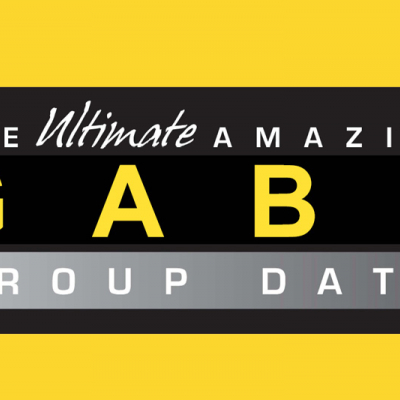 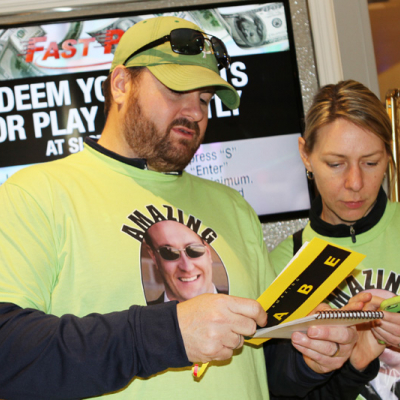 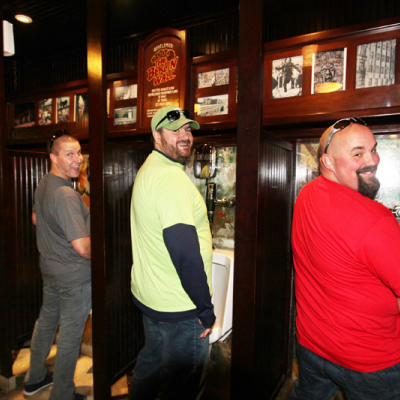 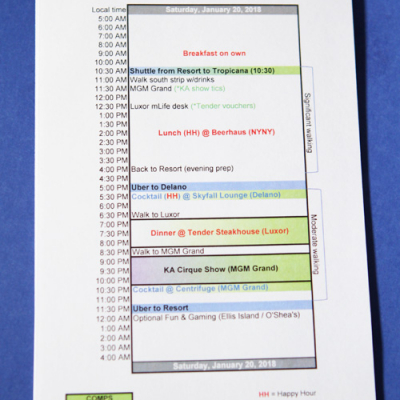 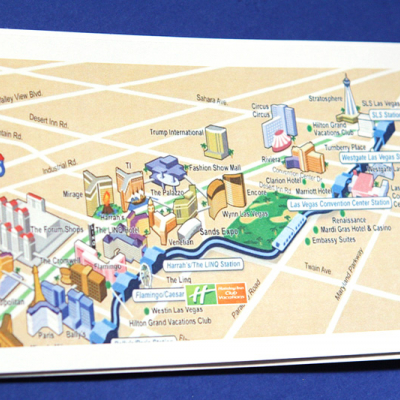