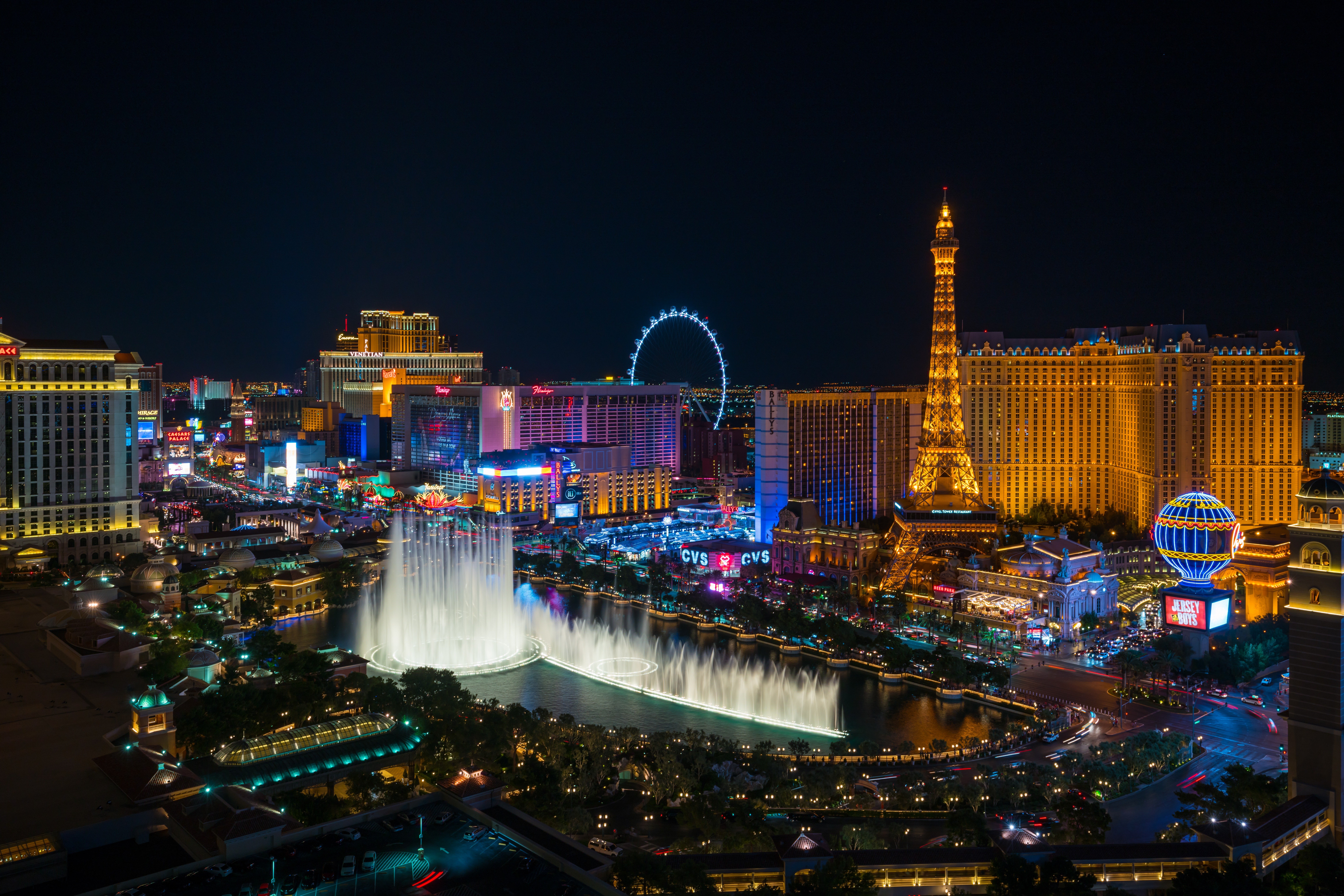 Most folks head to the bright lights of Las Vegas for a long weekend of decadence: crazy pool parties, world-famous shows and the chance to win a fortune on the casino floor.

But then there are the casino whales of Las Vegas, who live by entirely different rules and play in a category all of their own.

Nope, we’re not talking about a pod of marine mammals that took a wrong turn on the Strip. We’re talking about the equally rare and lesser-spotted attractions, who are also known as Vegas’s extreme high-rollers.

Those rarefied guests who consistently wager eye-watering amounts of money in a single night, undertake high-stakes gambling, spend like it’s going out of style and let’s face it…are also most likely to be filthy rich millionaires.

Who are the biggest and most famous whales in Las Vegas?

In the whale world you go big or you go home, so enjoy a few of the eyebrow-raising, real-life Las Vegas whale stories we’ve collated below…

If you’re interested in old-school whales, look no further than former oil tycoon “Tiger Mike” for the quintessential example.  The businessman passed away in 2016 aged 85, but is still remembered for being one of the biggest gamblers Sin City has ever seen.

He reportedly wore specially-tailored suits with inside pockets for cash and a pistol and stashed hundreds of thousands of dollars in the trunk of his car. In fact, he was apparently such a high-spending patron of Wynn Las Vegas that he was given his own villa on the premises by owner Steve Wynn.

It’s rumored Davis was not the exactly the ‘God of Gamblers’, supposedly losing millions across the Bellagio Hotel and Casino and Wynn, and is said to have intentionally spent his final months gambling away much of his remaining fortune.

Gambling stories don’t get much better than this. Sounding much like the plot of a Hollywood movie, Karas’s rags to riches story is better PR than any casino could dream up.

A Greek immigrant who arrived in America, learnt how to play poker and then turned up in Vegas with only $50 in his pocket, Karas went on a three-year winning streak and turned that $50 into a whopping $40m.

Often said to wager $100k per hand, Karas eventually lost his fortune, was reportedly caught cheating and is now banned from all casinos in Nevada. He’s said to still be gambling, but it’s not quite a silver screen-worthy ending.

But with such high stakes comes responsibility. This notorious whale lost $127m at Caesars Palace and The Rio in 2007, according to reports, after being banned from Wynn Las Vegas.

With stories of excessive drinking, 24-hour gambling and even sleepwalking doing the rounds, Terry’s story quickly spun from a win to a loss and became a tragic cautionary tale. Casinos attempted to sue for unpaid debts, which led to a counter-suit from the businessman, before a settlement was eventually reached out of court.

Dubbed ‘The Prince of Whales’, Australian media mogul Kerry Packer was a prolific gambler in the 1990s.

According to The Independent, the multimillionaire once “took the MGM Grand in Las Vegas for $20m” in just 40 minutes, which is no mean feat.

One of the most notorious Las Vegas whales, who has been making a splash in the headlines as recently as September 2019, when he was sentenced to three years in prison. His charge? “Cheating the IRS out of more than $28m” according to Las Vegas Review Journal.

It’s believed his illicit activities were, in part, due to an attempt to maintain his glamorous lifestyle and repay millions in gambling losses at Vegas casinos — where he had wagered and lost around $175M. That would make him one of the biggest gamblers to ever grace the Strip.

Wait, what’s the difference between a whale and a high roller?

How do you spot a Las Vegas whale in the wild? Grab your binoculars and look out for those tell-tale signs such as abundant perks and incentives. Regular comps from casinos for super high-rollers are said to include extended credit, discounts on losses, exclusive use of tables with high limits, private rooms and concerts, use of limos and private jets, penthouse suites, and free food.

Find out more about high-roller perks this video:

But what’s the difference that marks out a mega whale from a ‘regular’ run-of-the-mill high roller? It is, of course, the ‘b-word’…

In this handy guide from AllWorld.com, they define a garden-variety high-roller as someone with a cool “$100,000 to $1M for a regular 3-day weekend visit”, while a whale would likely have between $1M to $20M to play with across a few days, with single bets upwards of “$25,000 per hand.”

That’s a lot of potential revenue. No wonder these cash-rich customers, who are estimated to number under 200, are so highly sought-after by casinos, and so fascinating to the rest of us.