The Conservatory’s elaborate display features a range of symbols of significance to Asian cultures, including monkeys since 2016 is the Year of the Monkey in the Chinese zodiac.

Much of this year’s Chinese New Year display will be familiar to Las Vegas regulars, but Bellagio always makes sure to add new elements to keep things interesting. And, of course, there are always thousands of fresh flowers.

We haven’t seen the annual Chinese New Year display news release this year, so we’re winging it on the Conservatory & Botanical Garden factoids.

The costumes of the children in the display are made up of about 1,800 flowers.

It’s adorable that children appear in the Bellagio display, because the Chinese New Year actually began with a mystical creature called Nian that would devour villagers, especially children.

The Chinese New Year display features lots of the aforementioned Chinese lanterns, Ding pots and a metric ass-ton of peaches. Peaches, it turns out, are a symbol of wealth, abundance and a long, healthy life.

There are also a lot of lucky coins, several hundred of which form a lucky coin tree.

There’s even a koi pond. Koi are more sort of a Japanese thing than a Chinese thing, but let’s not get bogged down in details.

The Bellagio Conservatory remains one of the most stunning free attractions in Las Vegas. While most of the displays reflect a season (spring, summer, fall and winter), the Chinese New Year display is specifically intended to woo Asian visitors.

Chinese players have long been a lucrative source of revenue for Las Vegas casinos. They also have some of the most interesting gambling superstitions, including the belief one should never have sex before hitting the casino. See more fascinating Chinese superstitions.

See more things to do in Las Vegas in our seemingly boundless archive of such things.

Enjoy more photos of the Chinese New year display at Bellagio’s Conservatory & Botanical Garden, several of which are close to actually being in focus. 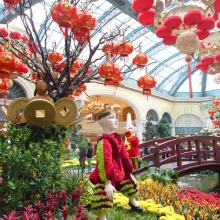 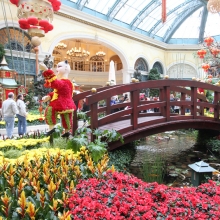 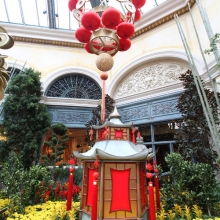 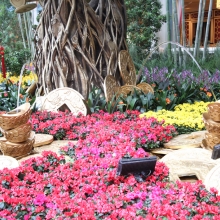 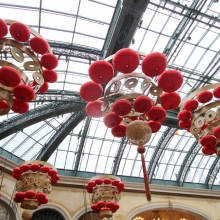 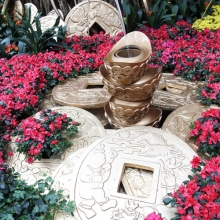 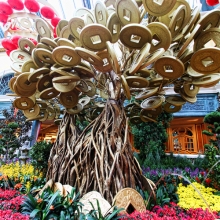 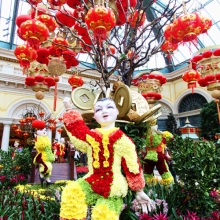 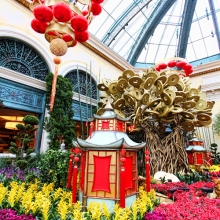 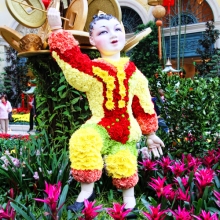 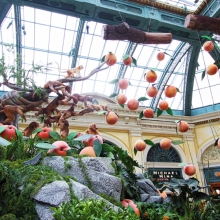 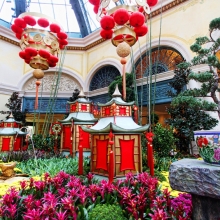 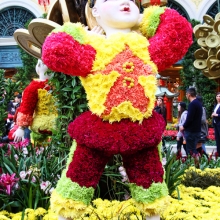 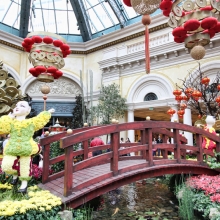 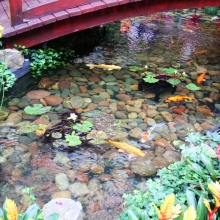 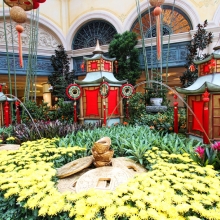 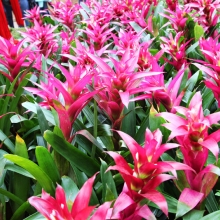 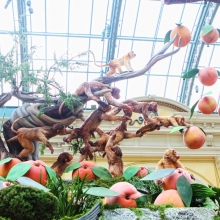 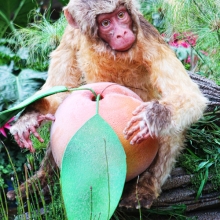 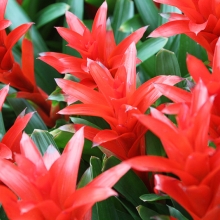 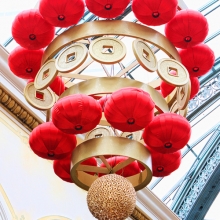 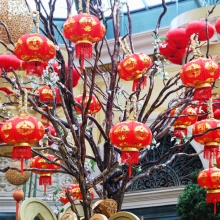 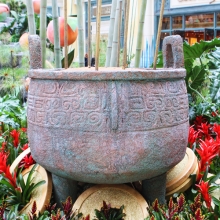 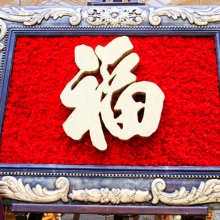 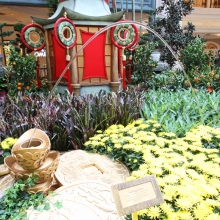 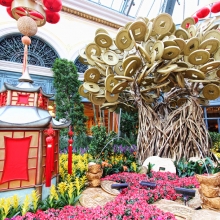 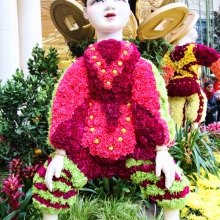 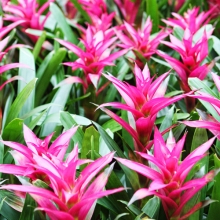