Revealed: The Video Game Boxes and Manuals That Could Make You Rich 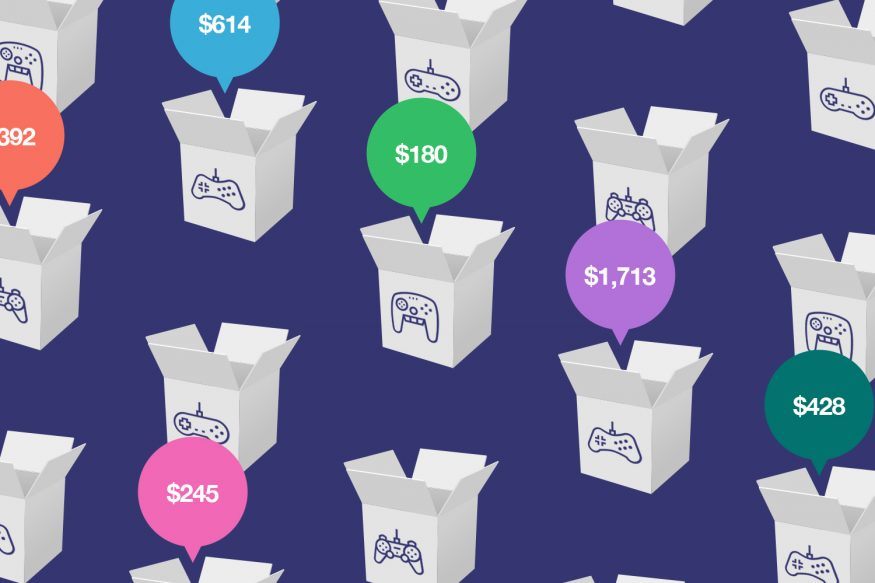 You probably know that some rare classic video games can be worth a small fortune and have probably already rifled through those boxes in the loft or garage to see whether you might be sitting on a gold mine.

But if all you could find were some empty boxes or instruction manuals, then you might still be in luck.

That’s because there’s actually a huge market for empty boxes and loose manuals amongst collectors, with some paying hundreds of dollars for some of the rarer examples.

We’ve analyzed thousands of eBay listings to see which games and consoles are commanding the biggest price tags, when the game itself isn’t even part of the sale!

The Empty Video Game Boxes With The Biggest Price Tags

Taking the top spot is a lesser-known Nintendo 64 game, ClayFighter: Sculptor’s Cut, with empty boxing selling for an incredible $1,713 on average.

The fighting game received largely negative reviews when it was released in 1997, so why are boxes selling for such huge prices?

It’s because this version of the game was only sold as a rental exclusive from Blockbuster Video stores, making it one of the rarest N64 games in existence.

Another Nintendo 64 game comes in second, with “box only” sales of Bomberman 64: The Second Attack averaging at $428.

As with Clay Fighter, this is considered one of the rarest N64 games of all time, for a couple of reasons.

Firstly the game wasn’t released in Europe at all, and in the rest of the world, it was released right at the end of the console’s life cycle, and released to fairly average reviews and minimal advertising, which is why these boxes and the game itself are in such high demand!

In third place is 1994 RPG EarthBound, which sees empty game boxes sell for an average of $346.

When it launched in 1994 the game was a relative commercial failure, but in the years since has developed a huge fan community and is today considered one of the best games of all time amongst those in the know.

Another reason for its rarity is that the game wasn’t available in many markets such as Europe and Australia until 19 years after its initial release.

The Video Game Manuals With The Biggest Price Tags

As was the case with empty boxes, the rare “Sculptor’s Cut” of Clay Fighter was the most valuable game when it came to sales of just the instruction manual, with sold prices averaging at $614.

Despite its negative reviews, the fact that this game could only be acquired by renting (or won through an online contest), means that only 20,000 copies were ever produced.

Another super rare game comes in second for the cost of a manual on its own, with loose Stunt Racer 64 manuals selling for in excess of $200.

As was the case with Clay Fighter: Sculptor’s Cut, this racing game was only released through Blockbuster Video stores, meaning that the manuals were often not returned to the store, or were returned damaged and thus thrown out by the store employees, which is why they’re so rare (and expensive)!

Rule of Rose was a controversial survival horror game that generated a lot of media criticism due to its “obscene cruelty and brutality” and led to it being banned in a number of countries (despite some of the allegations about the game proving to be untrue).

The scarcity of copies of this game has led to the manuals alone becoming collector’s items, with an average price of $178.

The Empty Console Boxes With The Biggest Price Tags

The empty consoles that people are seeking out online are usually older, rarer models, where the original packaging is much harder to come by, so it’s quite surprising to see that empty PS5 boxes are selling for an average of $392.

Unfortunately, there’s likely a much darker reason for this. With the new consoles being so hard for gamers to get their hands on, scammers have been known to list empty boxes at high prices, in the hope that buyers won’t notice.

The Xbox Series X was released around the same time as the PlayStation 5 and like its rival, has seen boxes selling for big money online, with an average sale price of $287.

Again, it’s a huge amount of money to pay for an empty box and there’s a good chance that many are being listed by scammers, although demand for the latest Xbox seemingly isn’t as high as for the PS5.

The most expensive retro console when it comes to empty packaging is the Atari Jaguar, which was released in 1993 but was a commercial failure and ultimately led to Atari deciding to stop producing consoles.

Despite being such a flop when it was released, the Jaguar maintained a strong following, and after its patents were released into the public domain, hobbyists started to create their own games for the system, with empty boxes today selling for $175 on average.

The Games Console Manuals With The Biggest Price Tags

As was the case when it came to empty console boxes, the PlayStation 5 had the highest average price tag, with manuals for the console selling for an average of $245. Again, there’s a good chance that these listings are trying to catch people out.

In second place behind the PS5 once again was the Xbox Series X, with the average manual selling for $180.

In third place is the PlayStation 3, with manuals for the third generation of PlayStation selling for an average of $110.

While it may still seem like a relatively recent console, the PS3 was released 15 years ago now, so it is already something of a collector’s item!

All prices sourced from Price Charting, which provides average prices from sold listings both on eBay and their own platform.

When showing the most valuable games for empty boxes and manuals, we only included games for which 100 or more sales were made, to avoid any anomalies.

When comparing consoles, we looked at the North American versions of the launch model of each console.