The second White Castle restaurant in Las Vegas has opened for business, this time in downtown on Fremont Street.

We were the first to report White Castle would be coming to Fremont Street, news that proved to be polarizing.

Business has been brisk at the new White Castle location, but the opening proved to be far more subdued than when Sin City’s first White Castle opened at Casino Royale on The Strip back in January 2015.

Fremont’s White Castle is open 24/7 and even serves beer. It’s Vegas, so it’s the law.

While we weren’t thrilled when White Castle fancied up a classic Trader Bill’s sign, we enjoyed our first visit.

We tend to agree with those who say White Castle is an acquired taste, probably because the patties appear to be steamed rather than grilled.

Signs at White Castle assure the sliders are 100% beef, so we’ll take them at their word on that.

We passed on the onions, although purists probably consider that an unforgivable transgression.

Also a good fit is the location.

The Fremont White Castle sits at what amounts to the entrance of Fremont Street Experience (where we work in digital marketing as our day job), across from the Neonopolis shopping complex, at the intersection of Fremont Street and 4th Street.

White Castle sits smack dab in the middle (especially if you include the Fremont East Entertainment District) of what amounts to an endless, liquor-fueled street party attended by thousands of people each night suffering from “munchies,” “drunchies” or both.

As we predicted during the lengthy construction process, the White Castle on Fremont Street pretty much has a license to print money.

However you may feel about White Castle, there’s no denying it’s now a very visible and odoriferous part of Fremont Street. 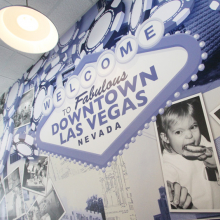 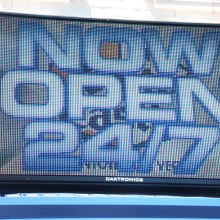 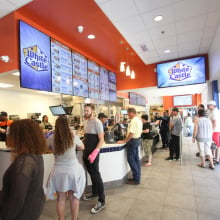 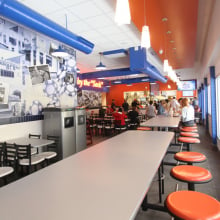 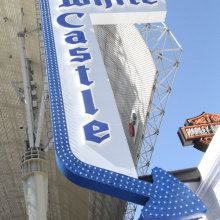 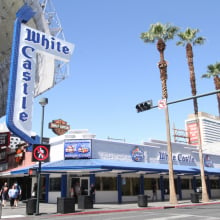 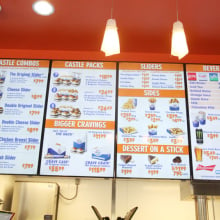 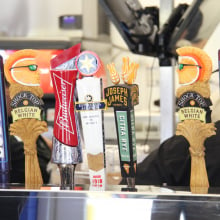 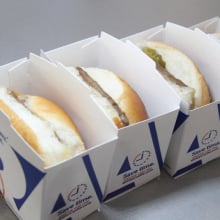 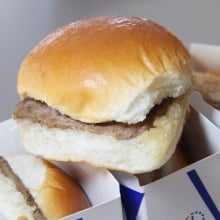 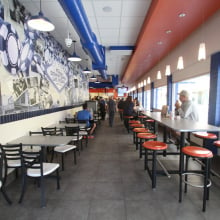 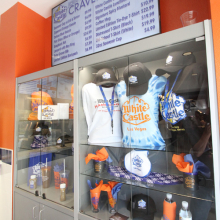 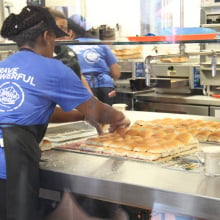 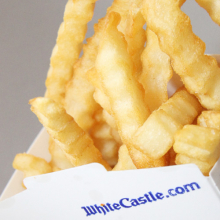 Resorts World Doubles Its Number of Cranes (To Two)

Leave your thoughts on “Gird Your Loins, White Castle Opens on Fremont Street”