After a series of agonizing delays, Wahlburgers restaurant has finally opened at the Grand Bazaar Shops outside Bally’s Las Vegas.

The new restaurant is a welcome addition to the underwhelming Grand Bazaar Shops. In fact, it could very well be the only reason to visit what amounts to an outdoor flea market, unless you’re looking for some calming solitude when you’re on The Strip.

Wahlburgers, of course, is a restaurant chain that comes from the Siblings Wahlberg, including movie star Mark Wahlberg; New Kids on the Block member, Donnie Wahlberg; and the Executive Chef of Wahlburgers, Paul Wahlberg.

“Wahlburgers” is also a reality TV series on the A&E network.

Were it not for the Wahlberg name, Wahlburgers would be a fairly unremarkable burger joint in a town with some of the best burgers on the planet. It’s hard to ignore the fact BurGR from Gordon Ramsay is just one resort away at Planet Hollywood.

The burgers are solid, though, and we’re always up for any burger restaurant that also boasts a fully-stocked bar.

Wahlburgers sits at the “back” of the Grand Bazaar Shops, just outside of the Bally’s casino. The location a godsend for other tenants in the complex, as guests must trek through the collection of boutique shops to get to to the burgers. Please don’t let the “boutique” thing make them sound more appealing then they are.

The 5,000-square-foot restaurant offers a walk-up counter, bar seating and an outdoor patio.

Wahlburgers is officially in a soft opening mode, so presumably kinks in service are being worked out. An official grand opening is expected soon, presumably when it fits into Mark Wahlberg’s schedule.

Prices are what we’ve come to expect on The Strip, with burgers in the $10-15 range. Fries are $5. Our basic burger (The Our Burger), fries and a soda totaled $19, before tax and tip.

At that price, we like to think Mark Wahlberg fashioned our patty with his bare hands, quoting lines from “Ted” while wearing his prosthetic device from “Boogie Nights.”

When you’re trying your first Wahlburgers, make sure to look up. There, you’ll see the screen credits of Mark and Donnie Wahlberg.

It’s also worth noting there’s a branch office of Wahlburgers near the entrance to the Grand Bazaar Shops. There, you can get Wahlburgers merchandise and slushy drinks, but no food.

The slushy drinks include favorites like piña colada, strawberry, margarita and mai tai flavors. It’ll cost you $20 for a 32-ounce drink, beer is $6.

Overall, Wahlburgers is worth a stop, especially if you’re a fan of the “Wahlburgers” TV series, just as tons of “Pawn Stars” fans stop by the Gold & Silver Pawn Shop, downtown.

We’d love to hear what you think of Wahlburgers, especially if you agree with us. Until then, enjoy some poorly-composed photos from the new Wahlburgers Las Vegas. 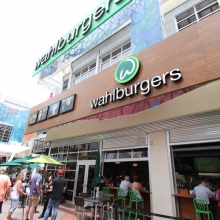 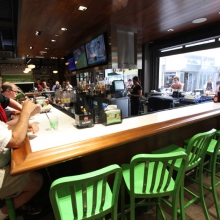 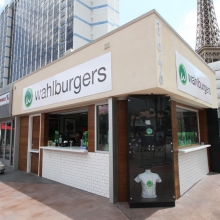 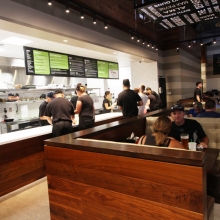 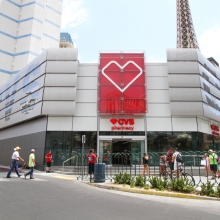 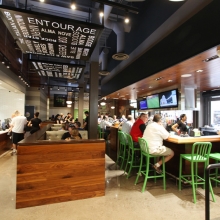 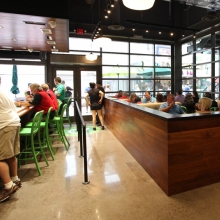 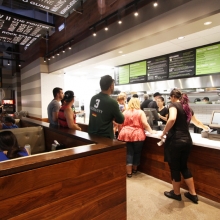 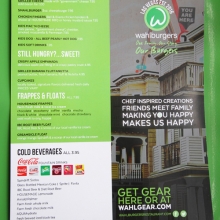 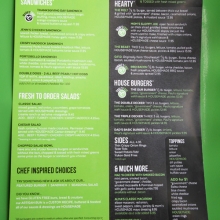 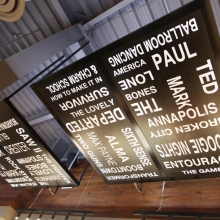 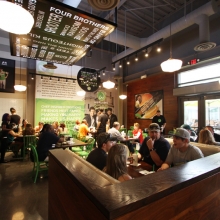 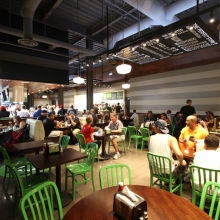 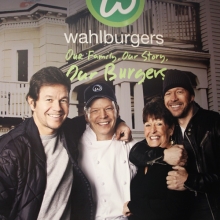 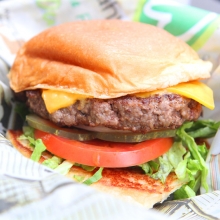 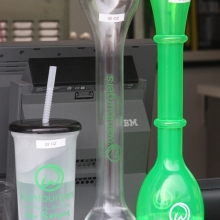 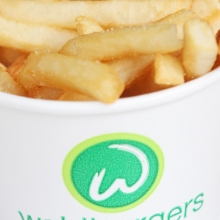 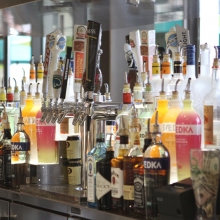 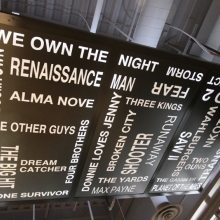 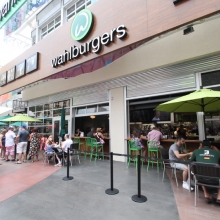 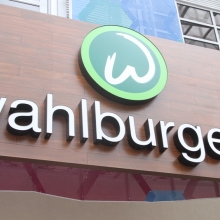 Leave your thoughts on “Wahlburgers Las Vegas Opens at Bally’s and, Yep, It’s a Burger Place”