Tacos El Gordo has re-opened at its former location on the Las Vegas Strip.

To provide some context, for fans of this popular taco joint, this news is akin to hearing a possible brain tumor was merely a smudge on the X-ray.

Tacos El Gordo closed abruptly in December 2014, the result of an ugly squabble between restaurant ownership and the management of the strip mall where the establishment is located. Tacos El Gordo is just north of the Encore hotel-casino.

While there is another successful Tacos El Gordo location in Las Vegas, the Strip location was especially beloved because, well, drunchies, mainly.

When Tacos El Gordo closed, the interior was stripped to the bones, and owners of the restaurant said it would not be back. Thankfully, hatchets were buried, amends were made and one of the most popular Mexican restaurants in Las Vegas is back in business.

Because word hasn’t really gotten out about the re-opening of Tacos El Gordo, lines are unusually short. That will change dramatically, possibly by the time you finish reading this sentence.

To honor the return of the much-buzzed-about restaurant, we dined there for the first time, and are pleased to say Tacos El Gordo’s reputation is well-deserved.

As the name Tacos El Gordo suggests, the menu is taco-centric, with most offerings in the $2 range.

The meats (mainly beef and pork) are all absolutely succulent. We honestly had no idea what to order, so we let the friendly folks behind the counter decide, and everything exceeded all expectations.

Before it closed, Tacos El Gordo had a bit of a reputation for being illogically laid out, and that remains unchanged in the new iteration. First, guests order at different parts of the counter based upon which meats they’d like.

Then, once the food is prepared, customers take their food to a cashier on the other side of the restaurant to pay. On a busy day, which we expect will be every day once word of the opening spreads, this could lead to some frustration, but the food overshadows any logistical challenges.

The meats are carved or chopped to-order, and the toppings (white onion, cilantro and a green sauce, pictured below) are excellent. The flavors—spicy, savory and sweet—dance across one’s tongue like the graceful arcs of water at the Bellagio fountains. Or something.

If you’re unsure what to include or exclude in your taco, defer to the staff, many of whom appear to be actual Mexicans, which is sort of a plus in a taco joint.

The menu also includes things like Vampiro, Sopes, Mulas and several other words we didn’t recognize. That said, we look forward to trying everything on the menu based on the unforgettable tacos.

Tacos El Gordo features an interesting, although fairly baffling, lime and radish bar. No, really. We asked what that’s all about, and a cashier let us know sometimes people like radishes. And lime sometimes cuts the heat of the spices in certain flavored meats.

With the return of Tacos El Gordo to its former location, the restaurant is sure to regain its reputation as the must-try place for cheap eats on the Las Vegas Strip. 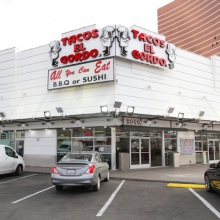 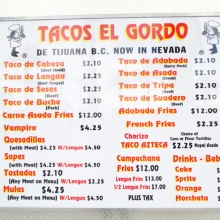 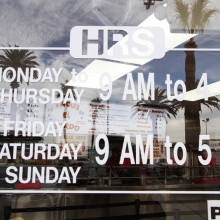 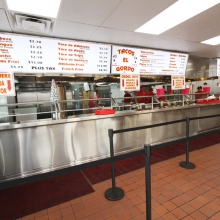 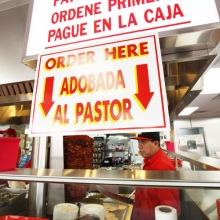 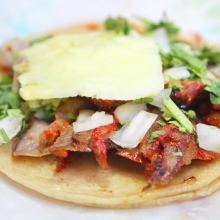 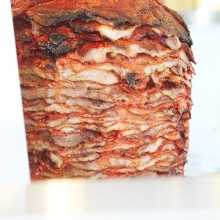 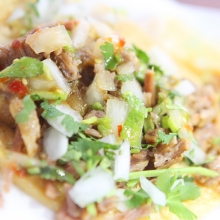 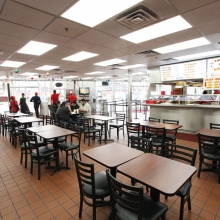 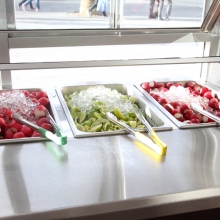 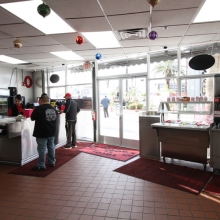 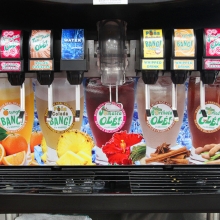