One of the proudest moments in Nevada history was when a Las Vegas judge and jury put double murderer O.J. Simpson behind bars.

While the court system failed in 1995, it was redeemed in 2008. Exactly 13 years, to the day, after Simson was acquitted of Nicole Brown and Ron Goldman’s murders, he was sentenced by a Las Vegas judge to nine-to-33 years for being a world-class asshat.

Well, that and 10 other charges including kidnapping, armed robbery and assault with a deadly weapon.

Now, the hotel room where Simpson’s crimes took place, at Palace Station in Las Vegas, is being demolished.

An entire swath of Palace Station is being leveled.

It was in room 1203 in Palace Station’s courtyard complex that O.J. Simpson and his six bumbling cohorts confronted two sports memorabilia dealers, leading to Simpson’s arrest, conviction and incarceration in the Lovelock Correctional Center in Lovelock, Nevada.

Here’s a handy map of the former Courtyard Rooms at Palace Station in case you’re a Las Vegas nerd.

Room 1203 became inexorably linked to Simpson’s downfall when jurors made a secret field trip to Palace Station in September 2008. Judge Jackie Glass apparently felt it was important for the jurors to see the site of Simpson’s misdeeds.

For a time, Palace Station kept room 1203 off-limits to guests. Over time, though, guests could stay in the infamous room.

O.J. Simpson’s crimes weren’t limited to the murders of Nicole Brown and Ron Goldman, of course. He is responsible for the rise to fame of the Kardashian family, also an unforgivable transgression.

The demolition of its Courtyard Rooms (ah, the irony) is part of a multi-million-dollar renovation project at the 41-year-old, off-Strip casino.

The renovations have already resulted in a new valet area and bingo room, among other changes.

O.J. Simpson has a parole hearing on July 20, 2017, and we can only hope his being a model prisoner will have no impact on the decision to let him continue to rot in jail. The former athlete has served nine years to-date.

Big thanks to eagle-eyed reader Troy S. for bringing this story to our attention.

Here’s a plethora of photos from the Palace Station demolition. 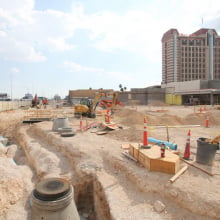 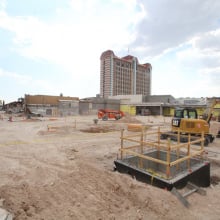 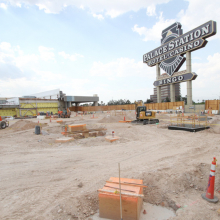 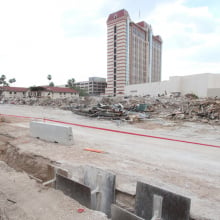 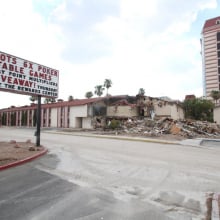 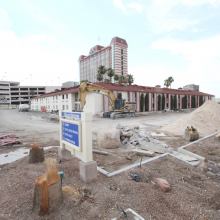 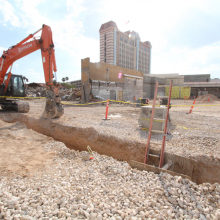 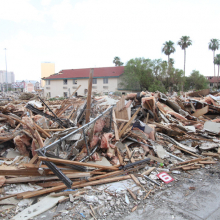 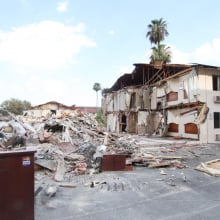 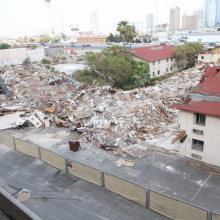 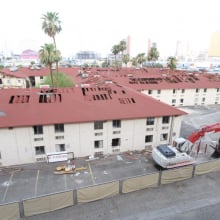 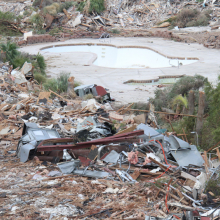 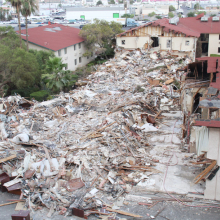 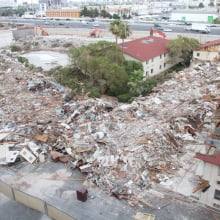 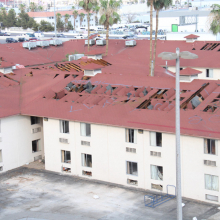 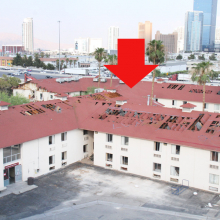