MGM Resorts has set April 4, 2016 as the opening date for The Park, its new dining and
entertainment district between New York-New York and Monte Carlo.

How fast are things moving? Two weeks ago, that structure on the left didn’t exist.

The entire area in and around The Park, including the new Las Vegas Arena and Monte Carlo
Theater, is bustling with activity. Thankfully, the New York-New York parking garage
provides a great vantage point to capture photos of the all the latest developments.

MGM Resorts is touting The Park as the “Las Vegas Strip’s first park,” although that’s
only really true if you have a short memory. There was actually a park outside Bally’s,
complete with trees, foliage and a water feature. That park was demolished to make way
for the spectacularly repugnant Grand Bazaar Shops.

The Park at the Las Vegas Arena (official name: T-Mobile Arena, but we don’t like the
sound of that as much) will have a mix of restaurant and bars, as well as live
entertainment.

Some of the offerings won’t be opening April 4, but there should be enough to make The
Park worth a visit, with more venues opening in the weeks and months to follow. The
20,000-seat Las Vegas Arena opens April 6, 2016.

A distinctive element of The Park are its signature trumpet-shaped sculpture thingys.
(Not the technical name. They don’t seem to have a technical name.) At night, the
sculptures will “emit marvelous LED sequences from high above, captivating guests below.”

The vastly over-hyped Shake Shack opened at New York-New York on Dec. 29, 2014. From the
looks of MGM Resorts’ announcement, there will be an affiliated location inside The Park district somewhere.

The Beer Garden, currently a thing in Las Vegas (there’s another Beer Garden opening at
Paris Las Vegas on Jan. 30, 2016), will offer “farm-to-table meats” (also currently a
thing in Las Vegas), “an impressive regional craft brew list” (also a thing), live music
(always a thing) and games like darts, bocce ball and ping pong (so much of a thing it’s
not even funny).

The reliably good California Pizza Kitchen should also be open by April 4. The CPK at The
Park will have an outdoor patio, easily the most popular kind.

Sake Rok will serve up Japanese cuisine. At night, “Sake Rok will transform into a high-
profile social dining extravaganza, immersing guests in an experience part culinary, part
performance and completely unexpected.” And you know what? We’re going to go there,
anyway.

There’s also Bruxie, a fast-casual, gourmet waffle restaurant. The description of the
food sounds delicious, and reviews are good for the California locations. Looking forward
ot this one.

Beyond the dining and drinking, MGM Resorts has spent a good deal of time thinking about
the landscaping at The Park. Visitors into horticulture should enjoy discovering all the
various plant life including santolina, apache plum, mormon fir, red yucca, torch lily,
desert bear grass, Mexican feather grass, orange sedge, blue agave, golf tooth aloe and
horsetail. Our keyboard’s copy and paste function has rarely come in this handy!

All kidding aside (don’t count on it), The Park should provide lots of delicious new diversions on the Las Vegas Strip.

As if the new arena and The Park weren’t enough, Monte Carlo is building a fancy new theater. The long-awaited announcement of a new name for Monte Carlo should be coming soon. It’s telling the Monte Carlo name has been removed from a marquee at the arena site.

The new name for the Monte Carlo is one of the most closely-guarded secrets in Las Vegas at the moment, but the investment in The Park means it’s not unreasonable to think “Park” will be part of the name, despite parking being a touchy subject at MGM Resorts at the moment.

Enjoy a relative slew of photos from The Park, the Las Vegas Arena and the Monte Carlo Theater. It’s an exciting time for Las Vegas. Which is why we’re not standing up at the moment. Thanks for making it awkward. 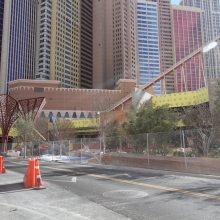 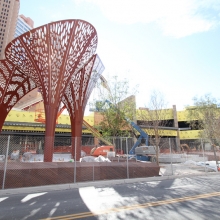 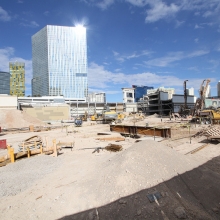 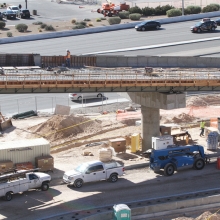 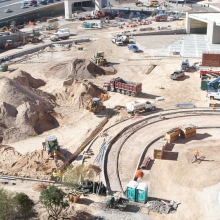 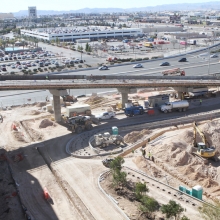 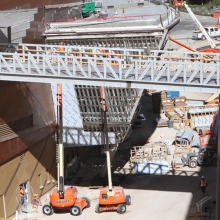 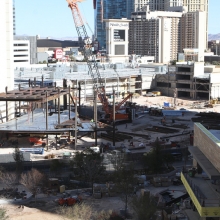 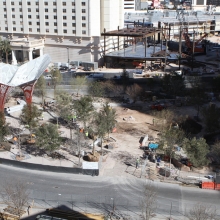 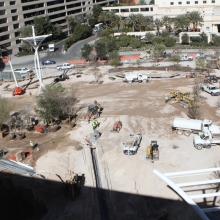 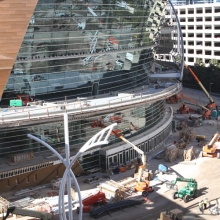 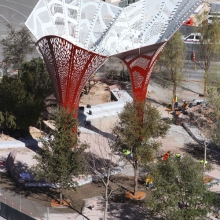 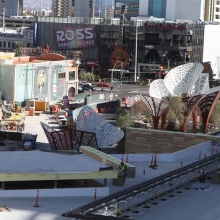 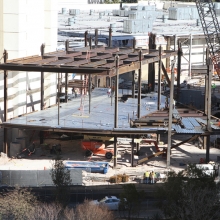 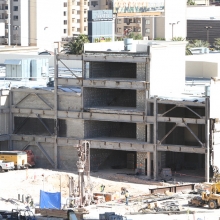 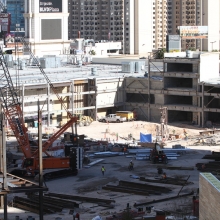 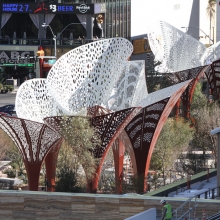 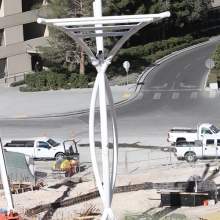 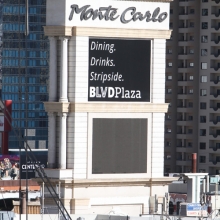 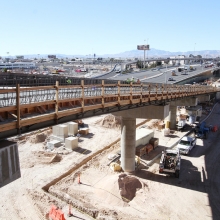 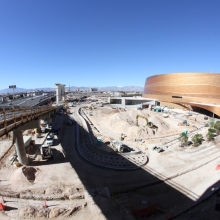 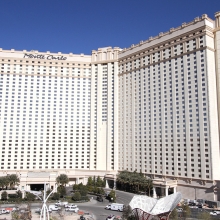 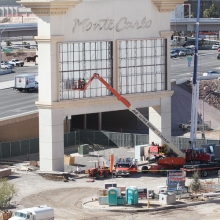 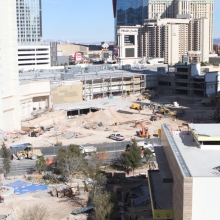 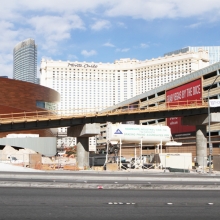 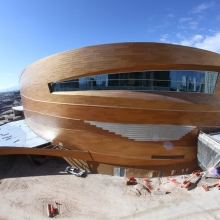 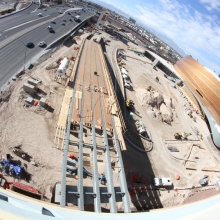 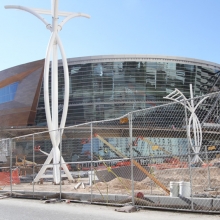 Leave your thoughts on “MGM Resorts Hauls Ass Toward April 4 Opening of Dining and Entertainment District, The Park”