The long-awaited Gordon Ramsay Fish & Chips has opened at Linq promenade and we’re pleased to report it doesn’t disappoint.

We’re not exaggerating on the “long-awaited” thing, either.

News Gordon Ramsay Fish & Chips would be opening at Linq was confirmed way back in 2014, and rumored quite a few months before that. Deep-fried things are worth waiting for, so here’s a look at Gordon Ramsay’s newest collaboration with Caesars Entertainment in Las Vegas.

Overall, Ramsay has a solid track record partnering with the food and beverage team at Caesars Entertainment, and that team again delivers a quality experience at Gordon Ramsay Fish & Chips.

Gordon Ramsay Fish & Chips has a relatively tiny footprint, and has been promoted as a “takeaway-style” restaurant. In fact, there’s only seating for about 15 inside the restaurant.

Outside, there are a few more seats, but not many. All-in, the restaurant probably accommodates a mere 30 people.

The small size of the restaurant means you’re likely to see a line outside, which actually turns out to be a clever marketing tool. People are drawn to things they perceive as exclusive or popular, and a line outside conveys that perfectly.

We tried the (wait for it) fish and chips, of course, and the quality and value were quite good. The fish is Alaskan True Cod, and it’s deep-fried with something called a “custard powder batter.”

Anyway, it was chock-a-block with flavor, especially after being dipped in Artisenal Ketchup. Which is, thankfully, a lot like ketchup normal people like.

There are several others sauces on the menu (you get two with your fish and chips): Curry & Mango (recommended by an actual British person, and we agree with them), Sriracha Aioli, Southwest Ranch, Gordon’s Tartar Sauce and European-Style Mayonnaise.

For whatever reason, there did seem to be an unusually large number of Europeans at the restaurant during our visit.

The aforementioned Brit provided some insight about the fare, saying, “The fish was good, but they’re not proper chips.” Which basically means the fries accompanying the fish have been slimmed down a bit from their thicker, steak fry-like dimensions sold in the U.K.

We have no idea if that feedback has any validity. We are a blog, not a culinary forensic scientist, which we doubt is even a thing.

The basic fish and chips combo will run you $14.99, which includes the chips and a soft drink. Shrimp, sausage and chicken are also on the menu.

You can order the fries (sorry, chips) solo, of course, either “Natural” (just sea salt) or “Dirty,” with a variety of seasonings: truffle, parmesan and chives; chipotle, jalapeno and crisp chorizo; or cacciatore spice and fresh basil.

Yes, we copied and pasted all those things from a news release, as if you’ve actually read this far, anyway.

There are sweeter offerings on the menu as well, including sticky toffee, pudding and biscoff (a king of cookie) shakes and something called “Toffees and Brittles.” We are far too busy to learn about new things, so please try all those items and let us know how it goes.

Overall, Gordon Ramsay Fish & Chips delivers on its promise of appealing food at a reasonable price (at least for the Las Vegas Strip).

There are a number of great restaurant options in the Linq promenade, but Gordon Ramsay Fish & Chips should fare well, even when In-N-Out and Canter’s Deli open. Those restaurants are expected to debut soon.

Enjoy a few more photos of Gordon Ramsay Fish & Chips at the Linq promenade, and we’d love to hear your impressions. Of Gordon Ramsay, specifically. That would be hilarious. 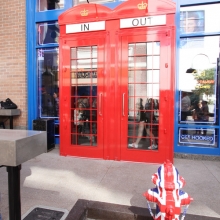 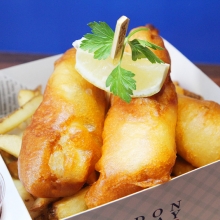 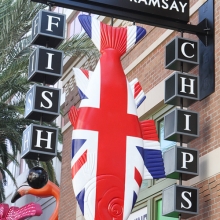 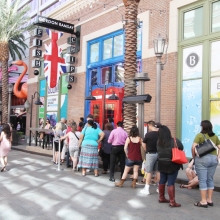 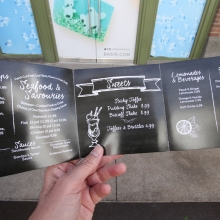 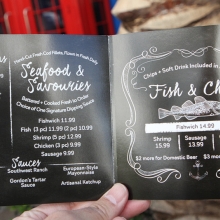 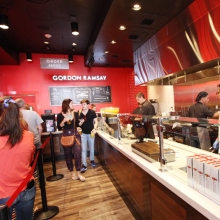 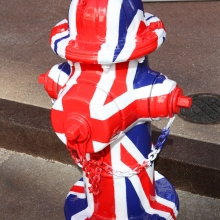 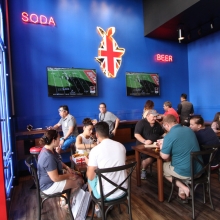 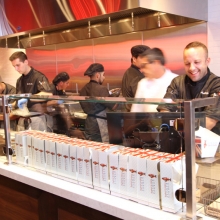 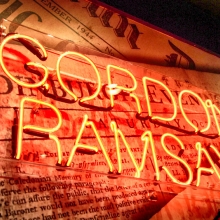 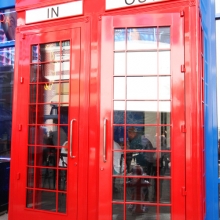 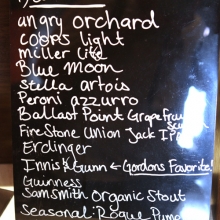 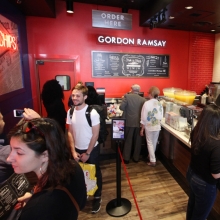 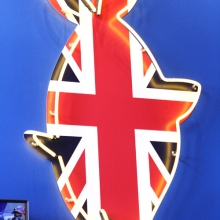 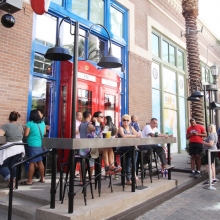 Vital Vegas Podcast, Ep. 29: The Good, The Bad, The Vegas

Leave your thoughts on “Gordon Ramsay Fish & Chips Opens at Linq Promenade, Worth the Wait”