R. Paul Wilson On: How Hustlers Get You With Lies 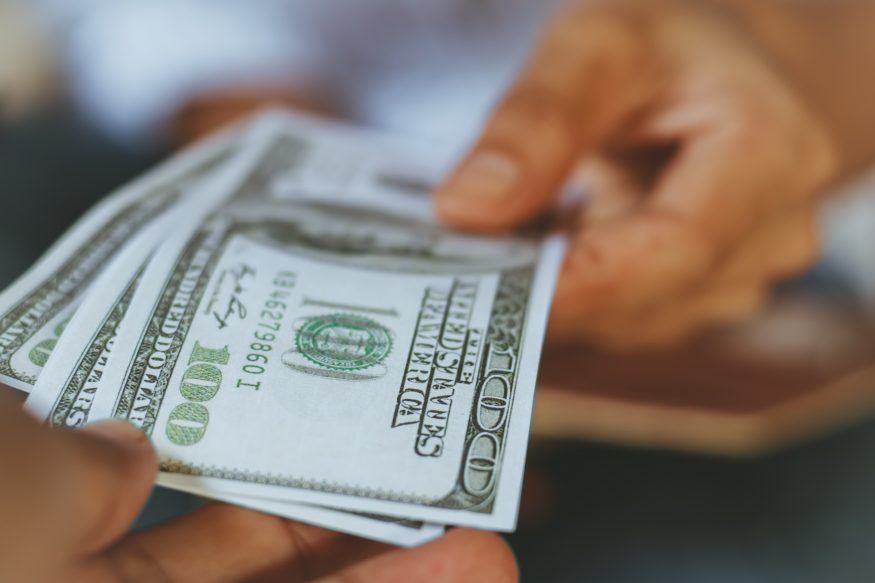 It’s not easy to convince someone of something that’s completely untrue. That said, it can be quite simple to distort reality by persuading someone to look at the truth from a different perspective.

A con artist uses lies and half-truths to influence how his victim understands information.

With time, this layering of tiny lies can smother the mark in one big lie, which appears to be perfectly obvious from the outside but from the victim’s perspective, everything seems honest and above board.

It Starts With The Hook

It all begins with a good line to grab the mark’s attention – a hook.

Here’s an excellent set-up for a scam:

“The economy is in the toilet, but this is when people become really rich. They buy up all the bargains and wait for the market to improve. They get all the cream. That’s what no one tells you. It’s the secret they don’t want you to know.”

Let’s break that down.

The fraudster starts with the truth then instantly distorts it with a fascinating piece of information.

Yes, the economy might be “in the toilet” but the idea that “this is when people become really rich” is extremely misleading. It is also incredibly attractive to the uninitiated.

Balance these claims with a simple-to-understand and easy-to-believe reason for why they have never heard of this before. The “secret they don’t want you to know” line is classic con material.

Be wary of anyone who uses this to bolster or explain their “facts”.

A hustler could spend weeks layering their scam with bogus facts and figures to support any story, but it all boils down to that initial line; the hook that draws a mark into the scam.

The next stage presents the mark with an incredible opportunity based on that hook.

If the mark has swallowed the hook already, it’s only a matter of keeping him on the line.

Ask any victim of a scam what they remember, and it usually boils down to the initial idea that attracted them. Everything else was just set dressing; the story that kept the mark “on the hook”.

I call this the “Ride Principle”.

When someone gets onto a ride at Disneyland they’re attracted by the promise of excitement and adventure. In a con game, people are attracted by many things but most of these boil down to money or self-improvement.

Just like a ride in the park, once you get on, it’s not so easy to get off.

Once you’re on, everything you see and experience has been created for you by the designers of that ride.

At the Haunted Mansion, your car follows the tracks and turns from side to side to point you at what they want you to see.

If you try to look elsewhere, it’s remarkably difficult because of the large hood at the back of the car. Your perception is physically being controlled by a pre-determined path, designed by Disney’s imagineers.

Similarly, the illusions created at the Haunted Mansion are remarkably convincing and extremely effective because the viewer is always in exactly the right position to appreciate them. The lighting and the angles are perfect and the there’s always something new and different to attract peoples’ attention.

And before you know it, the ride is over.

Looking back, we can only remember a small percentage of what we saw but can easily describe the experience as a “journey through a haunted house”.

Hustlers take their victims on a similar journey, seizing greater control of their victim’s perspective as the scam deepens. Before their victim knows it, everything they see and believe is carefully being controlled by a con artist.

They’re on a con artist’s ride, buckled in by their own wants and desires. While rides at Disneyland leave you wanting more, when a con game comes to an end, the ride usually collapses.

Some scams are actually designed to bring people back for more but, for the most part, victims walk away confused and often ashamed.

Many never even report the crime to the police or their family.

The lesson here is to not get on the ride in the first place but con games have a knack for creeping up on people. Learn to spot the signs of a good scam before it gets you hooked:

If you recognize any of these points, stop the ride and get off.

When It Comes To Con Games, One Size Rarely Fits All Marks

A good con artist knows how to tailor a con game to any potential victim.

A scheme designed to fleece gold prospectors in the old west might be re-invented to target bitcoin investors, just as the age-old poker scam “The Tip” has been re-engineered to swindle modern poker players.

The guiding principle is that the ride starts slow and easy with little to no sign of deception but as people are drawn deeper into a scam, the truth becomes distorted until it becomes a lie. This can happen quickly if the mark is eager, or carefully if the mark is wary.

Consider any scheme or idea that promises quick cash or outlandish rewards with suspicion and take the time to notice where all your information is coming from.

Gamblers are particularly vulnerable to certain types of con game. Their willingness to play games of chance identifies something they want (to win) but it also places us in a category that can be manipulated under the right circumstances.

Guarding our bankrolls is about more than buying a safe or a money belt; we also need to remain aware of what’s happening around us.

I’m often asked if there’s one thing anyone can do to avoid being scammed and my answer is simple: take an interest in con games and how they work.

These articles are designed to help readers understand various forms of deception that might be re-purposed or cleverly re-imagined to create new scams for a new generation of marks.

Simply by taking an interest in the gamut of con games and swindles that already exist, you might recognize a hustler’s scheme before it’s too late to get off that ride.

It’s important to be clued up on the different types of scams out there to avoid being caught out. Why not check out R. Paul Wilson’s articles that cover common street scams: the three card monte and the popular razzle dazzle games.