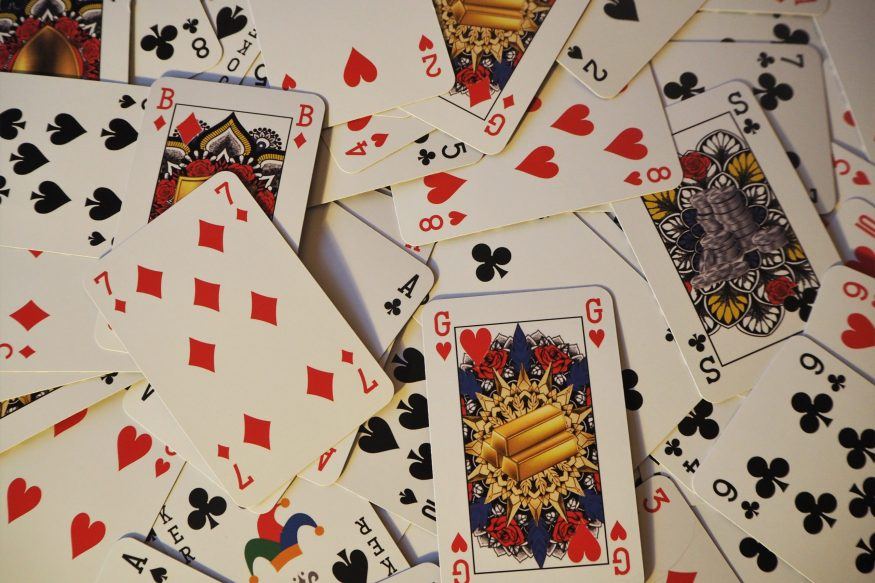 Card games have been popular the world-over for as long as we’ve had cards to play with. So it’s no wonder that the ranking system in the cards is as out dated as the penny-farthing bicycle.

We as a society have evolved so much over the years and whilst this may be reflected in the clothes we wear and the careers we can all undertake, the humble deck of cards falls short. It’s very much stuck in the past.

And for Indy Mellink, that’s just the problem.

She’s decided to do something about it by creating a new deck of gender and race neutral playing cards that better reflects the world we live in today.

Casino.org caught up with the trailblazer to find out more…

What Sparked The Idea?

Indy, a PhD student based in Rotterdam, was suddenly struck by the archaic and unjust ranking system whilst she explained the rules of a card game to her younger cousin over the summer.

It was in reflecting upon this that she saw how unfair and sexist this was. It simply doesn’t reflect the world anymore.

With so many countries ruled by queens, and gender equality being fought for in the workplace, why are we still playing with cards that tell us the King comes out on top?

What makes the King more powerful than the Queen?

These questions were all plaguing Indy so she set her mind to changing it.

Indy, who has completed a bachelor in Neuroscience and a Masters in Forensic Psychology, understands the impact of this type of subtle messaging.

“I have learnt a lot about the effects of inequalities on the human mind and life during these studies. That is how I came to realize the importance of subconscious inequalities,” she tells us.

She knew she had to do something about it and it didn’t take her long from getting the idea to putting everything into motion.

It seems she was inspired by the actions of Elon Musk, who was one of her role models as a teenager:

“And Elon came up with such creative ideas. It is something to live up to but in my own way since we definitely have different skill sets.”

Seeing how determined (and quickly) Indy was to find a solution to the problem, her teenage role model makes total sense!

So how did she go about it?

Indy – who plays card games regularly – thought about replacing the King card with a royal couple of a king and queen, the Queen as a prince and princess card, and the Jack card as a farming couple.

Seemed like a good idea at first, but then what to call them?

And then she thought about the lack of racial diversity depicted in traditional card decks. The Kings, Queens, and Jacks are all depicted as white.

She wanted to create a deck that’s inclusive of everyone.

And that’s when she was struck by her idea for Gold, Silver, and Bronze cards:

These are universal symbols used the world-over in sporting events that everyone recognizes. Free from any bias and already translatable in every language, this seemed like a no-brainer.

With plenty of experience in graphic design it was easy enough for Indy to whip up some fabulous images.

And just like that, now the world has its first gender and race neutral deck of playing cards.

A Mixed Bag Of Responses

After launching in October 2020, it took a little while to gain momentum but following a big feature in Holland’s national paper her deck has really taken off.

Indy tells us that responses have been very mixed.

“It always starts with ‘wow I have never thought of that before’ and then it can either go one of two directions,” she explains.

A lot of people are welcoming a modern take on the classic deck of cards. For many, the traditional deck feels non-inclusive and this offers a new way to play.

But, of course, you can’t please everyone.

There are others saying that it’s all unnecessary and drawing attention to a problem that doesn’t matter or even exist.

“They say that we are going too far with the gender neutrality business and that this is just a small insignificant game,” she tells us.

In response to such claims, Indy rightly points out that whilst it may seem insignificant, it’s these micro aggressions that make up the bigger picture of oppression.

“I always respond with explaining that these subconscious inequalities do have an effect on people beyond what the naked eye can observe and see.”

“They feel like I am taking something (their old beloved cards) away from them and calling them out for being sexist or racist, which is definitely not what I am doing. […] They are an alternative, not a replacement of the traditional cards.”

“Other times they just come out straight to personally attack me and say that I am annoying and should do something better with my life. To which I just realize that it is the internet, and that people will always find something to be negative about.”

The whole process has taught her a lot about how polarized the world can be.

She explains: “One little card game can flare up such intense emotions and arguments that people really pick sides and start attacking the other side, which I find such a shame.”

“It would be much nicer if we worked more inclusively and thought: ‘oh hey a new card game? Nice option to add to the stores’ – rather than say it is an all or nothing which counts for both sides.”

“I wish we could work more towards removing this polarization effect and focus more on options, choices and inclusivity.”

Indy has learnt to accept it and make the most of it; so long as people are talking about her cards it’s a good thing. Although she’s faced new challenges with the cards’ sudden virality she’s staying focused and positive.

We say, if you have an issue with these cards making a big deal of ‘nothing’, why are you making this very ‘nothing’ a big deal?

This new deck provides another option, not a replacement.

If it doesn’t float your boat, you still have the traditional deck. For those that welcome this modern and inclusive version it’s great to have another choice!

We salute you, Indy, and look forward to seeing where you and your GSB Cards go from here.