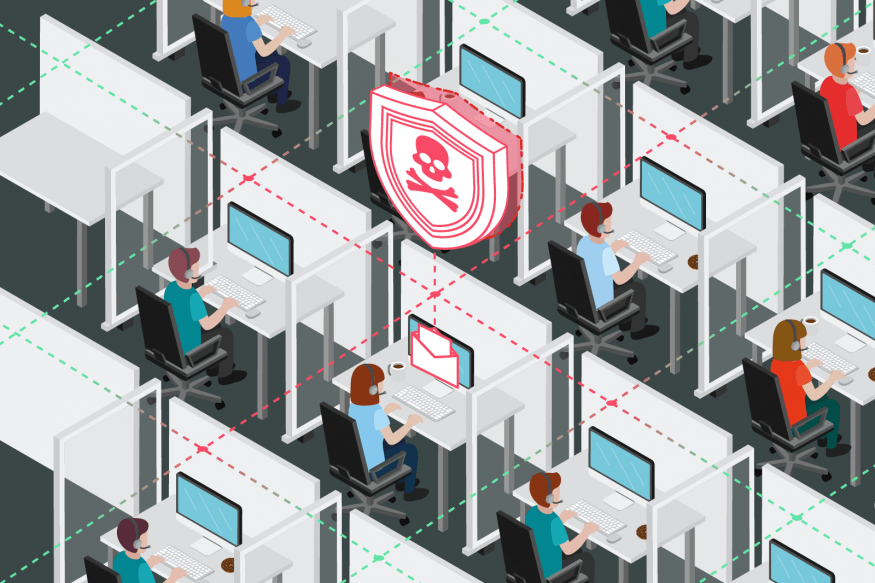 I’ve studied and executed almost every kind of scam you can imagine.

For The Real Hustle, the goal was always to entertain the audience while informing them of the very real dangers of being scammed that exist in the world, but generally that meant the con games had to have physical interaction with our targets in order to have something to show on TV.

Phone scams were therefore quite rare, and we only featured a few as it was always a challenge to make it a Real Hustle item rather than a consumer protection piece.

Interestingly, when Alex and I had a short engagement with BBC’s Watchdog show (a fantastically unimaginative yet effective format in terms of protecting the public) we did make several calls on camera to unsuspecting people with a story about winning a prize taken right out of Frank Abagnale Sr’s playbook.

But for the most part, we neglected phone scams and since the show ended, many versions of this type of con have flourished.

It can be a cold call to your home or mobile number, or an email alert, or even a pop-up on a webpage directing you to fake website, or to call a number that will look like a local number (to your country) but could easily redirect your call to a bogus call centre anywhere in the world.

However they make contact, once they are speaking to you, their goal is to convince you to pay them for a non-existent problem, technical issue or virus on your computer, phone or similar.

There are countless variations, but they follow a similar line.

The scammer you speak to will guide you through a process designed to convince you that there’s some sort of technical problem he or she can fix with an in-built imperative that can be as simple as a virus or as panic-inducing as your bank account being emptied.

To guide you through this hall of mirrors, they will convince callers to give them remote access via software, legitimate software the victim is asked to install, but from that moment the scammer might install any kind of malware onto the target computer to either prove their bullshit story or create a genuine problem such as ransomware.

If you’re computer literate you stand a chance of recognising this type of con from the first beats of the bogus phone call, but so many people who use and rely on computer technology are entirely oblivious to how their devices actually work.

This shouldn’t be too surprising – how many car owners even know how to check their oil, let alone change it; which is why crooked car mechanics continue to flourish.

As it turns out, scamming people from fake call centres around the world is not as anonymous or safe as it once was and thanks to ethical hackers and consumer protectors like Jim Browning, we can a learn a great deal about who these people are at the other end of a scam call.

I’m a big fan of scam baiting where dumbass wannabe con artists are tricked into making fools of themselves, but Jim does something far more interesting and productive.

He plays the part of a potential victim, then using his “unique set of skills that make him a nightmare to people like them” he gains access to their computer while they are granted access to his.

Jim’s computer, its desktop and any information available to the scammers is entirely created to sucker them into being the suckers while Jim rummages around their drives, opens their cameras and listens to other calls on their network.

Best of all, he then uploads this footage to his YouTube channel so we can all enjoy watching him torment the hustlers by beating them at their own game.

I’m always repeating that we must stop blaming victims for falling for scams.

Some of us are more vulnerable than others and it’s not just about who is smarter than who because a genius playwright might fall victim to a basic street hustle while a billionaire investor may get caught with a simple phishing scam.

Watching Jim Browning unravel the tactics being used against victims teaches us exactly how persistent and shameless these people are and it’s an absolute joy when they get a taste of their own medicine.

In one of his most popular videos, Jim gets access to the call centre internal security video allowing him to map who does what and where and even gains access to social media accounts revealing the type of people who engage in this type of theft.

Recently, Jim uploaded a video of a scam he intercepted where the mark was convinced to allow the scammers access to his PC and they promptly created a fake shell of the man’s bank account that looked like he was seeing his details on the bank’s webpage but it was entirely spoofed by the scammers.

They made it look like funds were added to his account in an attempt to get their victim to refund that money, which would have come from his real account.

But when the man refused, they made it appear as if his entire account had been emptied!

Naturally, this put the victim into a state of panic where he would do anything to recover those funds and the scammers proposed a solution – to buy gift cards from the nearest shop so they could process the refund he initially refused and return his money to the account.

I know, it sounds crazy reading about it right here but once a mark is put on tilt, they respond to all kinds of suggestions.

But in this case, Jim Browning was listening to the entire call as it happened and was able to intercept the transaction and stop the mark before he lost any real money.

I’ll let you watch the video for yourself to see how it plays out almost like a movie as Jim calls the victim out of blue to warn him.

The sound of desperation in that man’s voice illustrates why I remain so passionate about protecting the public and why I believe Jim Browning is doing fantastic work by exposing these scumbags.