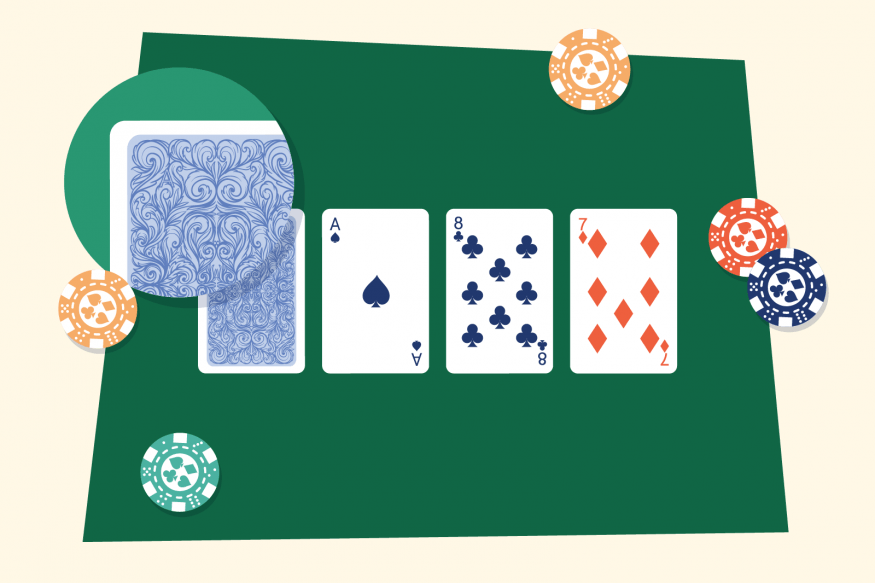 The days of the Wild, Wild West are long gone now. Today if you feel like playing poker, you can usually find a local cardroom or casino that offer a safe and protected environment.

But if there’s one thing that card cheaters are good at, it’s coming up with new and imaginative ways to cheat.

Marking cards is one of the oldest tricks in the book and it’s been used to cheat in poker for decades.

While casinos have better ways to track and catch cheaters these days, there are also new ways to mark cards, so it’s a never-ending game of cat and mouse.

Plus, poker isn’t always played in a regulated casino.

Underground and home games are quite popular, even in places where you can easily find official games and represent the only viable option for poker fans in places where gambling is illegal.

So it’s very important to protect yourself from getting cheated with marked cards.

Hopefully, these tips will help protect you save a fair bit of money in the long run, especially if you are a frequent guest in private games.

As a poker player, there is nothing wrong with looking for “spots.” You want to play with people who are bad at poker but have plenty of money to put on the tables.

However, if you’re playing in private games, you should be very careful about the lineup, especially if you get invited to a new game.

Whether it’s through marking cards or using some other system (see: the Tip Scam or false deals), you’ll be much more likely to get cheated in a game filled with or run by shady characters.

Of course, this isn’t always easy to recognize, and sometimes you’ll have no idea you’ve been set up. But sometimes it’s blatantly obvious.

The very minimum you can do for yourself is to stay away from suspicious games. As a poker player, you should be able to “read” people to some extent, so use these skills when deciding where you do and don’t want to play.

If you’re being promised a game full of rich fish by someone who doesn’t even know you that well, you should ask yourself why they picked you for this awesome “opportunity”?

There are many different ways to mark cards these days, but most cheaters aren’t particularly sophisticated. The most common way to mark cards on the spot is by making slight markings on the edges using your fingernails.

Now, it’s perfectly common for players to shuffle their cards around and even lift them from the table. It happens all the time in private games and casinos alike.

However, if someone’s paying too much attention to their cards and seems to be squeezing them weirdly, it might be a sign they’re up to no good.

Don’t be too quick to call someone out, though.

Calling someone a cheater at the poker table is a serious accusation and a big insult for most honest players, so you have to play it smart.

Observe but keep your observations to yourself for the time being.

3. Look For Unusual Physical Markings On The Cards

If you have a reason to believe a player is marking cards in some way, you should look for any unusual marks at the back of the cards.

Are there small, barely visible cuts, or have edges been bent slightly?

The most efficient way to go about this is to pay attention to big cards like aces and kings.

When using these on-the-spot card marking techniques, cheaters usually don’t have enough time to come up with an elaborate scheme to mark the entire deck.

Instead, they’ll try to make somehow important cards stand out, which will provide them with quite a bit of an edge if they can get away with it.

4. Be On The Lookout For Unusual Play Patterns

Unfortunately, there are way more advanced techniques for marking cards these days.

Invisible ink that can only be seen using special glasses or under special lightning is usually impossible to detect by the naked eye, no matter how hard you look.

This is why you should always stay alert when you play poker and be particularly careful about highly unusual situations.

Sure, it happens every now and then that someone calls down a big bluff with Queen high, but it’s hardly a common occurrence in regular games.

If there are too many weird hands happening in a short period of time, it might be a sign that something isn’t right.

You can share your concerns with the floor in a casino or an official poker room, and they’ll usually look into it for you.

In private games, though, things can be a bit trickier.

It’s not only that you need to be pretty sure there is cheating going on, but you must also worry about who else is in on it.

If the person running the game knows about it, your complaints won’t be welcomed, which circles back to the first point.

No matter where you’re playing, there is usually nothing wrong with asking for a new deck of cards if you suspect there is cheating going on, and the deck currently in play could be marked in some way.

However, if you’re in a private game and don’t feel safe, you don’t have to state the reason why you’re asking for the change.

That way, if your request is met with hostility of some sort, you can still get out of trouble by laughing it off and saying something along the lines of the current deck not being particularly kind to you.

Even if the person in charge knows about the cheating, they’ll usually let it go at this point as they don’t want to upset their other potential marks.

Of course, they will most likely come up with a reason why they can’t change the deck, but at least you’ll have a pretty good idea of where you’re at.

6. Don’t Be Afraid To Leave

You can’t fix the world, and you can’t win in a rigged game.

Even if you play your best and get very lucky, eventually, they’ll get you.

And why would you want to spend a second more than you have to in a game where you suspect the deck is marked?

If you feel something isn’t right, simply get up, cash your chips out, and leave.

You don’t owe anyone an explanation as to why you’re leaving but you can always come up with an excuse.

Understandably, you might be afraid to share your suspicions in a completely new environment where you only know one or two people, and you shouldn’t feel bad about it.

Once the dust settles, you can maybe talk to the person who invited you to the game and share your concerns, but only if you’re pretty sure they aren’t in on it.

If you have your doubts, don’t go there again. That’s the easiest and the best way to protect yourself!

7. Don’t Be Too Paranoid

While it’s important to stay safe, you shouldn’t be too paranoid about marked cards and other forms of cheating to the point where you’ll start seeing them everywhere.

It’ll just ruin your overall experience and it won’t be long before you can’t find a good game because you think they’re all rigged somehow.

I’ve seen and experienced all sorts of things in poker and have personally played some very strange hands and got extremely unlucky bad beats.

So try not to jump to conclusions and pass judgment based on a few isolated incidents.

If there are several different indicators, though, such as these things happening way too often, the game host refusing to switch the deck, etc., it’s fine to move on and look for greener pastures.

That said, the biggest advice is to avoid any unknown private games in the first place.

The cheating technology could be way more advanced than we think, so I would not even consider joining suspicious games. The best thing to do is stay in real poker rooms, where you will be very likely to get help when needed.

You can always ask to exchange decks, inspect the one that is used, and get all your concerns answered.

Better to be safe than sorry.

If you want to read some real-life poker cheating stories, check out: