A Recent History of Gambling Advertising 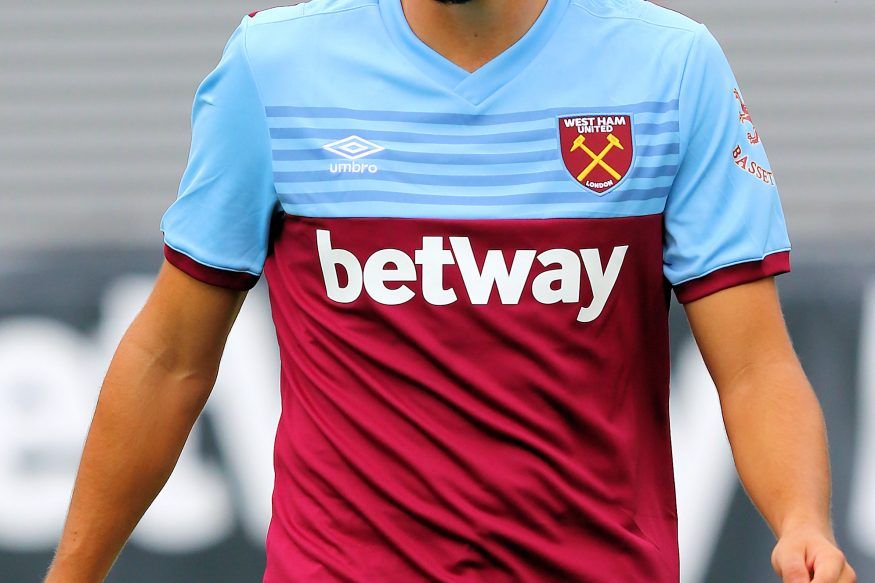 Since gambling pre-dates even the most ancient of advertisements, it’s safe to say that the two have been inseparable since ads became a permanent fixture in most societies.

In more modern times, as the legal status and public perception of gambling constantly ebbs and flows, the same rings true for gambling advertising.

What Are Some Examples of Modern Gambling Advertising?

Gambling advertising is any promotion by a casino, lottery, or similar service that takes bets as part of an opportunity to win money (i.e., gambling). Today, ads for these products and services (both online and off) appear in virtually every advertising medium you can think of. These range from on the front of football kits to television adverts to even the skin of people looking for some extra cash:

In 2005, a mother in Utah agreed to have GoldenPalace.com’s logo tattooed on her forehead in exchange for $10,000. The online casino has gained particular notoriety for similar stunts over the years, including putting a temporary tattoo of their logo on a streaker they paid to “perform” at a Super Bowl and UEFA Cup Final.

Those stories are of course outliers, and the majority of gambling advertising is much tamer, intending to inform potential customers about sign up bonuses, new games, and other features of their services.

Gambling advertising–just like gambling itself–is regulated differently in every country. There are also separate laws and regulations for gambling organizations wishing to advertise in their own country versus in another.

For instance, only operators whose equipment is located in the UK can advertise within the country’s borders. Any operator based outside the territory that still wants to advertise within must obtain a special license from the Gambling Commission. Gambling advertising was somewhat deregulated in the UK in 2007, allowing for a huge increase in adverts to flood daytime TV (read more below), whereas before they weren’t permitted to play before 9PM. The Advertising Standards Authority plays a large part in regulating these adverts, occasionally banning ones that violate their standards.

In Australia, advertising for both online and land casinos is regulated by each State/Territory. Many of these have strict parameters toward including responsible gambling messages and prohibiting any phrase that misrepresents the likelihood of winning (such as “Winning is easy at…”). In Victoria, a recent measure was passed banning gambling advertisements from trains, buses, taxis, in train stations, and near schools.

In the U.S., the laws over gambling advertising have been a never-ending back and forth (much like the legality around gambling itself). A crackdown on gambling ads from both onshore and offshore casinos began in 2003, when subpoenas were issued to many media outlets airing gambling ads out of fear that they were misleading the public into thinking that gambling is legal. While there is no current law explicitly prohibiting online gambling advertising, advertisers are often threatened with charges of “aiding and abetting” to a crime (gambling, which is largely interpreted to be illegal in the United States save for a few designated areas).

Elsewhere in the world, the laws continue to vary wildly but lean more toward strict regulation than not. In Spain, gambling advertisements are prohibited from being shown outside of 10PM-6AM and in-show promotion of gambling services is strictly prohibited at all times. Traditionally more-relaxed Scandinavian markets are re-visiting their regulations regarding gambling advertising after a report from Norway’s Ministry of Culture revealed that 90% of all betting ads on TV were from unauthorized international gambling sites.

Gambling advertising has proven to be effective in various studies, and some would argue even too effective in relation to problem gambling.

Another study, Exploring the impact of gambling advertising: An interview study of problem gamblers, revealed that “none [of the problem gamblers interviewed for the study] considered advertising to be the main cause of their gambling problems. The negative self-perceived impact was primarily that advertising triggered impulses to gamble. Advertising thus increased already high involvement in gambling and/or made it harder to stick to a decision to gamble less or not at all.”

In many nations, gambling advertisers are required to include messaging about gambling responsibly and where to go for help if a player thinks they have a problem.

One of the biggest critiques of gambling advertising is that it “normalizes” the activity and makes those who don’t know any better (e.g., children) think that gambling is a common, everyday activity for all adults.

Others are more critical of not necessarily gambling advertising as a whole, but simply how and where it is placed. A print ad for the UK’s Health Lottery was banned in 2012 for making claims that gambling was a good way to clear debts with its “Mortgage? What mortgage?” tagline. Similarly, a TV advert for Sky Vegas was banned in 2016 for glamorizing gambling in its ad about becoming a roulette rockstar.

Other detractors of gambling have launched their own advertising campaigns, warning of the inherent risks with gambling. A 2014 campaign from the National Council of Problem Gambling that featured one child telling another that “I hope Germany wins–my dad bet all my savings on them” received global attention.

The Future of Gambling Advertising

While regulations with gambling advertising seem to have gotten looser in recent years, in the future there will undoubtedly be tighter restrictions toward preventing children from seeing these adverts.

A 2013 story in the Daily Mail reported that the number of gambling advertisements increased by over 1,400% between 2005 and 2013, with estimates that the average child saw 200 of these ads per year. At the time that was 4% of all adverts shown on TV, raising concerns about their effect on children and other vulnerable populations (such as problem gamblers). “The real problem with these adverts is they make gambling seem normal,” said politician Tessa Munt.

Whatever the medium, it seems like the advertising platforms themselves are going to be left to make the final decision about if they accept it and to what standards. Google, for instance, allows gambling advertising (within certain parameters) while Facebook is much stricter about allowing it, requiring a special written request to be submitted from any would-be gambling advertiser.

The constant evolving of laws trying to keep up with the latest in both gambling and advertising trends make us continue to think we will see legislation always one step behind what gambling promoters are actually doing.

So don’t be surprised that as long as gambling in legal, casinos, lottery organizations, and everyone else that wants your wager will figure out a way to remind you of that fact.