It was weird while is lasted. With zero fanfare, the quirky Lyft Art Park downtown closed and disappeared shortly after the calendar flipped to 2020.

And, yes, we understand most calendars don’t “flip” anymore. Your smartassery is duly noted.

Here’s the former home to some seriously offbeat art. The space has returned to its former glory as a parking lot next to Park on Fremont restaurant.

The Lyft Art Park opened on Sep. 26, 2018, and featured a rotating collection of larger-than-life art pieces, many imported from Burning Man.

Other pieces featured at Lyft Art Park included a bug thing, a cab thing, a trailer thing and several other things we can’t even describe as well as those.

Some of the art pieces have made their way to nearby locations.

The giant Flamingo now sits next to the Downtown Container Park.

The recycled lion is on temporary display in the porte cochere at the Plaza casino.

It’s weird how you can take something for granted, then when it’s gone, miss it a lot. Like a short refractory period.

We took Riviera for granted, too, and we miss it now that it’s a parking lot. The former New Frontier site is going to be a parking lot as well.

The point is, enjoy things while you can, because nothing lasts forever. Thanks a lot, diminished testosterone levels. Or whatever we were originally talking about. 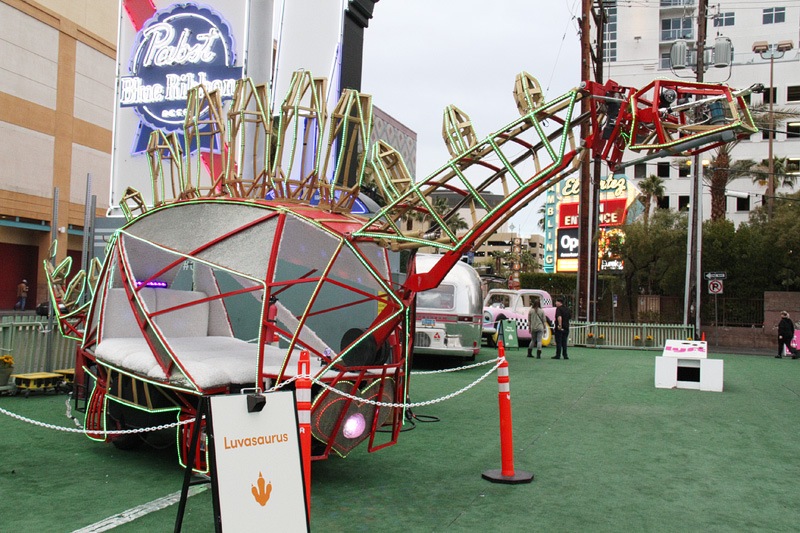 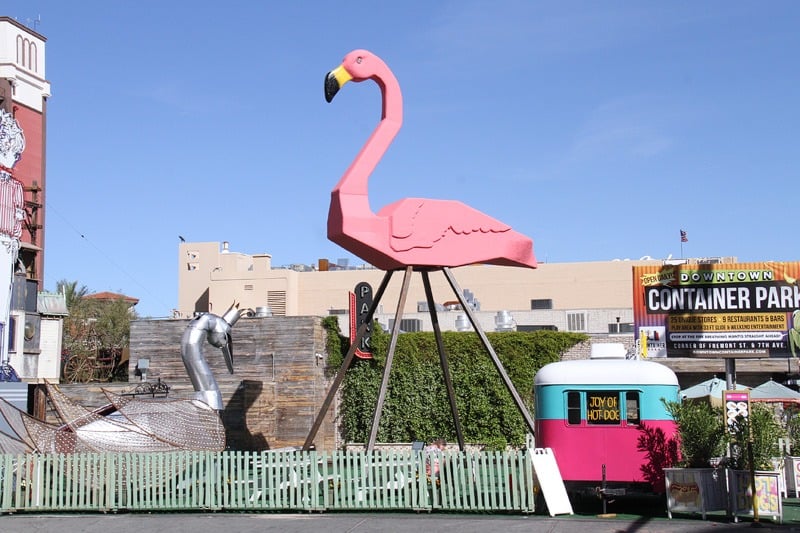 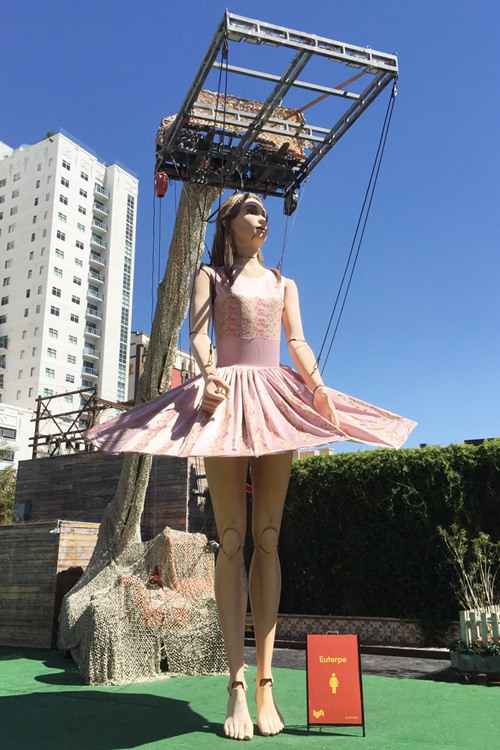 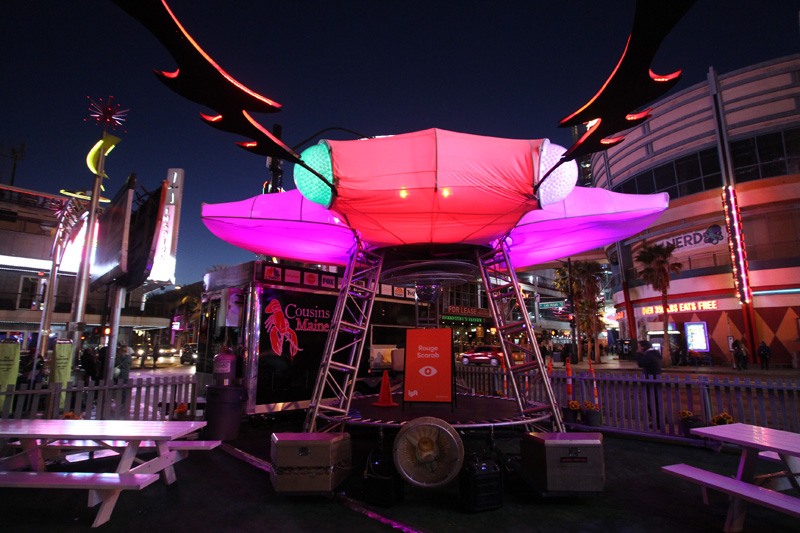 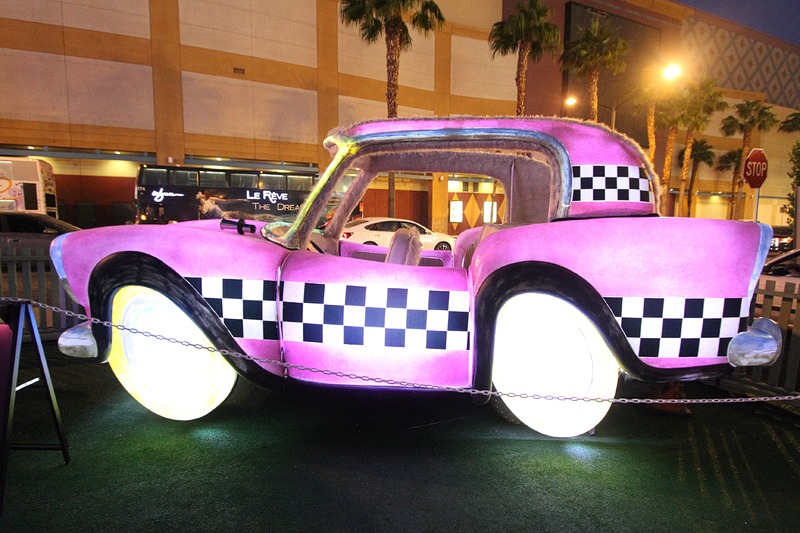 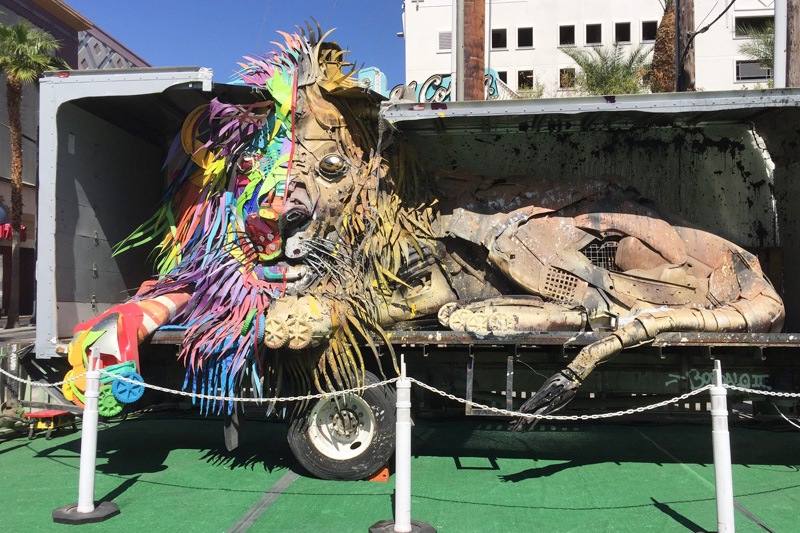 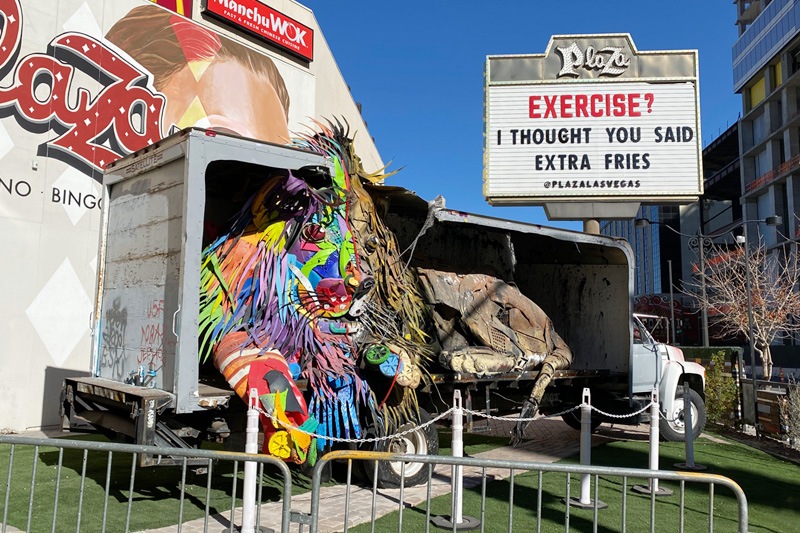 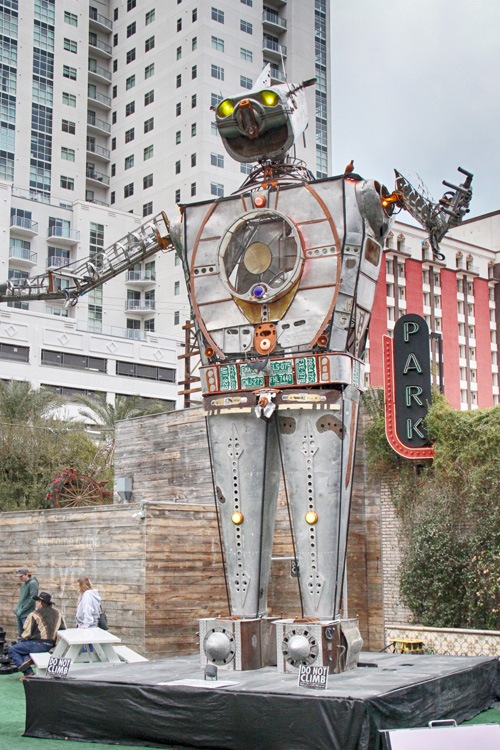 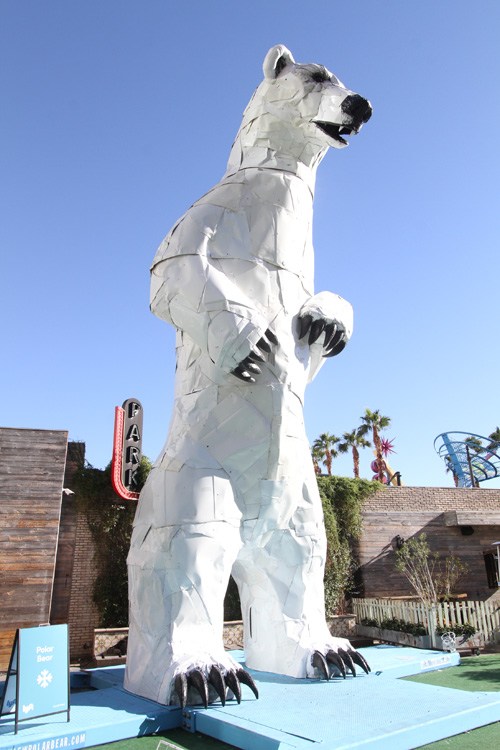 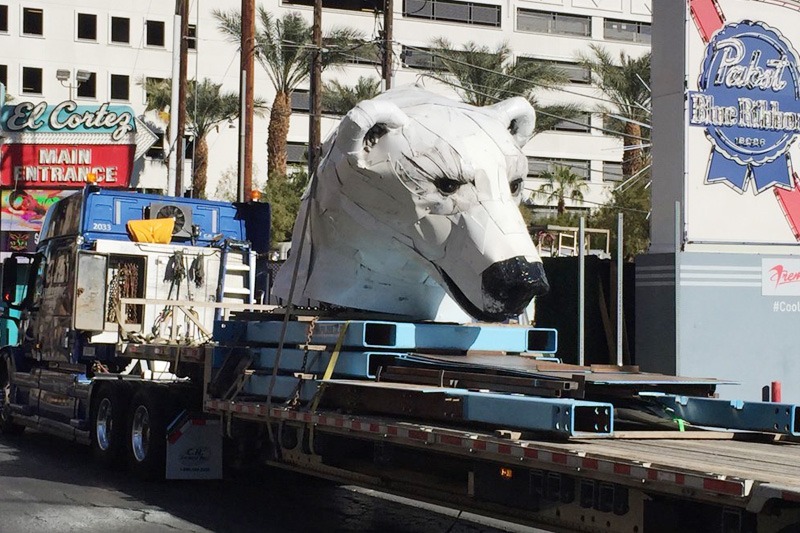 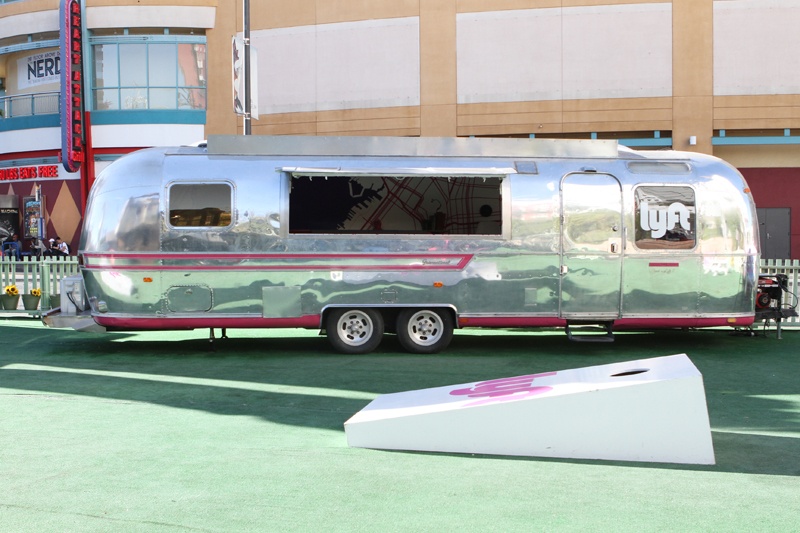 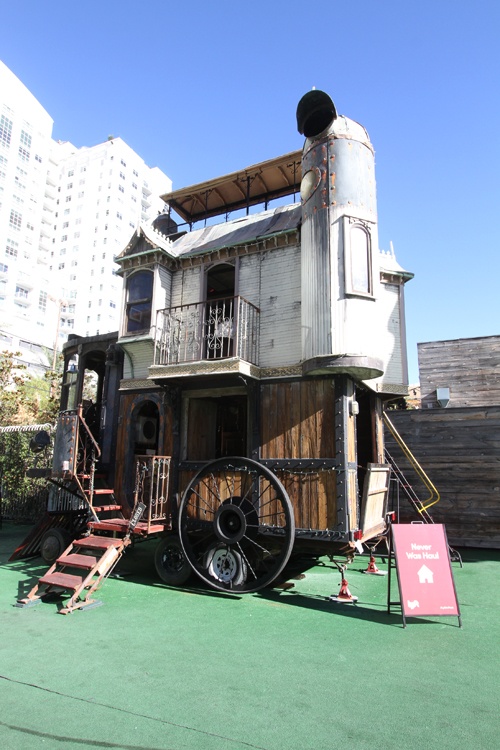 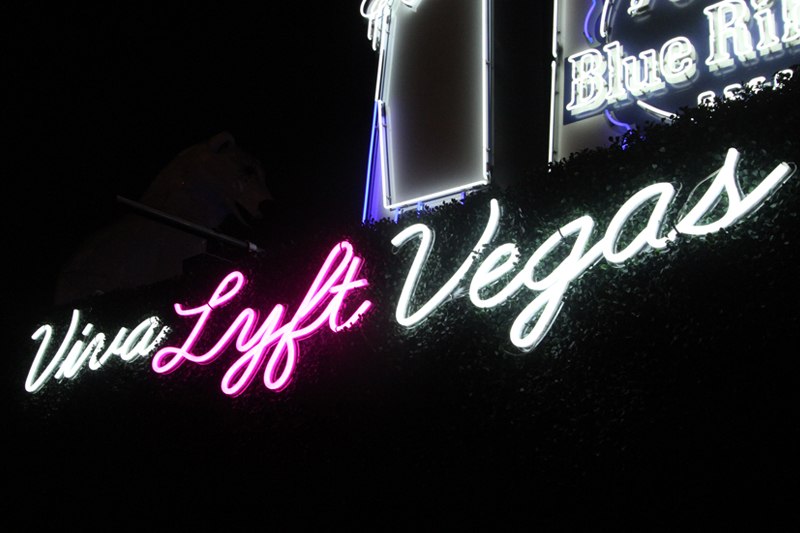 Days Are Numbered for Cirque’s “R.U.N.” at Luxor