When members of the media were invited to try Elon Musk’s underground tunnel system recently, the Vegas Loop took a major P.R. hit.

Critics tore Elon Musk (whose Boring Company built the system) and the Las Vegas Convention and Visitors Authority (who paid for it) a new one.

Here’s the thing. The critics are wrong.

The critics clearly don’t understand marketing or public relations. They don’t grasp creativity or boldness, and they really, really don’t get Las Vegas.

We got a chance to put the Vegas Loop through its paces, and we can assure you it’s not a joke, it’s not a boondoggle and it’s going to be one of the most popular and talked-about attractions in the history of Las Vegas.

Let’s get inside Elon Musk’s holes!

We know you don’t read, per se, so here’s a video of the Elon Musk Subterranean Thrill Ride Attraction Experience at the Las Vegas Convention Center. Which isn’t its real name, but it’s Las Vegas. Give it a minute.

Clearly, there’s a lot to unpack. We’ll get back to the clueless critics in a minute.

Here are some fun facts about Elon Musk’s Vegas Loop:

The tunnels are .8 miles long, each direction.

There are three stations, two above ground, one below.

It’s about a 90 second ride between each station.

The cars are Teslas.

Most of the cars are Model 3, with some X and Y in the mix. The X is the one with the “gull wings,” above.

At the moment, the vehicles are completely controlled by the drivers, although they can be quasi-autonomous.

Most driver applicants failed the driving test, which culminates with having to drive the entire .8 mile tunnel backwards. There’s a five minute time limit. Drivers do this in case a vehicle ever stalls in one of the tunnels and they need to reverse their way out.

Drivers are paid $17 an hour, plus tips.

Larger vehicles are being developed by Tesla. They can accommodate 12 passengers.

The Vegas Loop is free. When it expands to hotels along The Strip, tickets will cost $5-10, according to Boring Company. Gird your loins, rideshare.

Now, back to the boneheads. Sorry, “misguided journalists who can’t tell the difference between an Elon tunnel and a hole in the ground.”

First, most people judging the Vegas Loop harshly haven’t ridden it yet. Forming an opinion about the Vegas Loop without riding it is like deciding whether to have children based upon
watching an episode of “The Brady Bunch.” For the youths, that was a TV show back in the 1940s.

Also, critics point out the system may not blah blah to transport as many blah blah as originally promised.

Yes, the Vegas Loop was originally supposed to use the aforementioned vehicles that would carry more people. They aren’t ready yet.

Yes, the vehicles were supposed to be self-driving, but they aren’t yet.

What else you got?

The project is too ambitious! They haven’t thought about the caliche! Teslas don’t cure arthritis!

The whining goes on and on.

The Vegas Loop isn’t mass transit. It’s not some magical technology fashioned from the eyelashes of unicorns.

The Vegas Loop is a public relations tool that will also move people around during their B2B multi-terrain loader convention.

It’s a conversation piece, and the P.R. value of the buzz has already surpassed what it cost to build the Vegas Loop. For example, we’re talking about it on our site, and that has an estimated value of infinity dollars.

Yes, some of the specs have changed since the tunnel project was announced, but it’s not a “scam” as some proclaim.

As the project expands, we get to ask more questions, but at the moment, the Vegas Loop is a couple of tunnels filled with Teslas and it’s cool.

It’s cool because the project is the brainchild of visionary Elon Musk.

It’s cool because one of the stations is lit up like a nightclub.

It’s cool because conventions are incredibly boring, and the Vegas Loop isn’t.

People from around the world will come to take the Vegas Loop, even if they aren’t attending a convention.

Boring Company has built something simple and effective, and Elon Musk’s pet project isn’t resting on its laurels.

We have no idea how to pronounce it, but it’s described as “Designed to construct mega-infrastructure projects in a matter of weeks instead of years.”

Oh, yes, this baby can drill a mile in a week without breaking a sweat. Read more.

Here’s where Elon Musk’s tunnel system is heading if all goes according to plan.

The critics need to lighten up!

Las Vegas is about creating a splash, and the Vegas Loop already has. The history of Las Vegas is punctuated by eccentric people doing bold things. Even the disasters are fascinating and contribute to the mystique of Sin City.

The cynics need to stop trying to fit a square peg into a round hole.

Who would you rather talk with at a cocktail party? Elon Musk or an cynic constantly saying, “But it’s cars in a tunnel”?

In June, when World of Concrete comes to town, you may not be able to schmooze with Elon Musk, but you’ll be able to see his vision turned into reality, 40 feet underground.

Rather than walking a half hour across the Las Vegas Convention Center campus, your Tesla ride will take two minutes.

We can pretty much guarantee your ride will be exhilarating, and you’ll be thinking about it as you sit through your soul-killing workshop about innovations in hardwood flooring durability.

We can’t wait to take the Vegas Loop again, and we are not even a convention person.

Critics are free to schlep across the Las Vegas Convention Center while the rest of us float effortlessly to our destination as if riding on the wings of gulls. Or something. 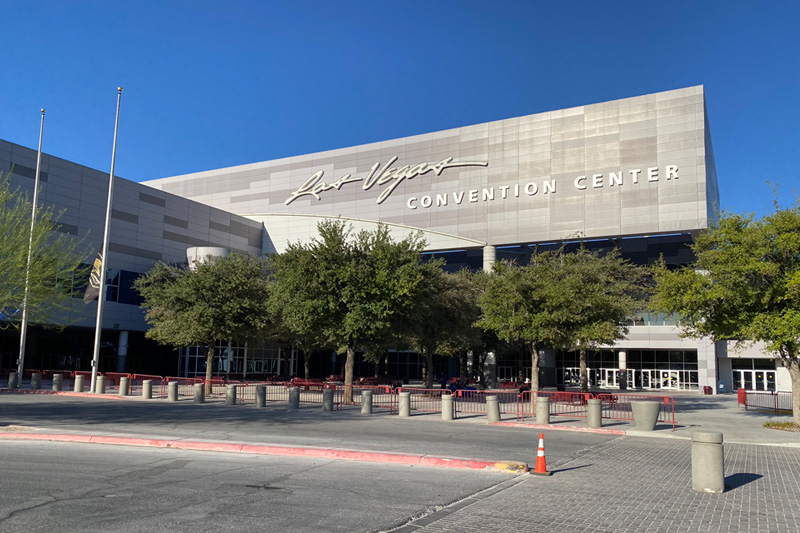 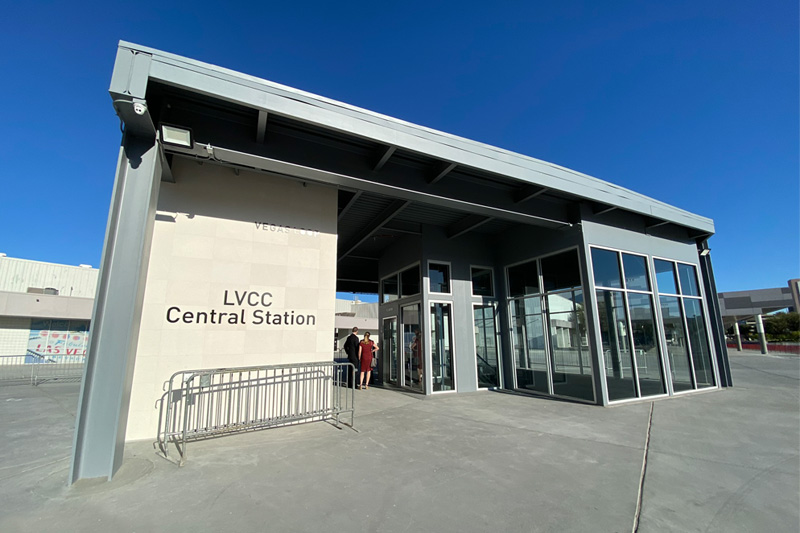 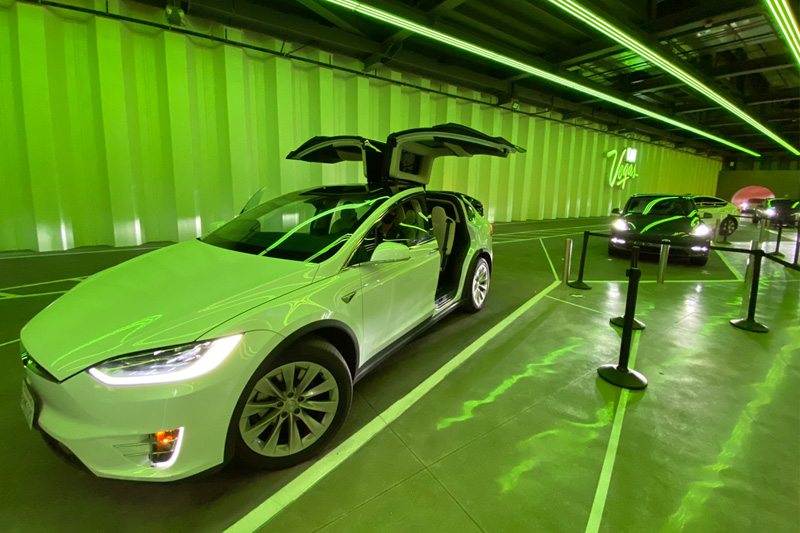 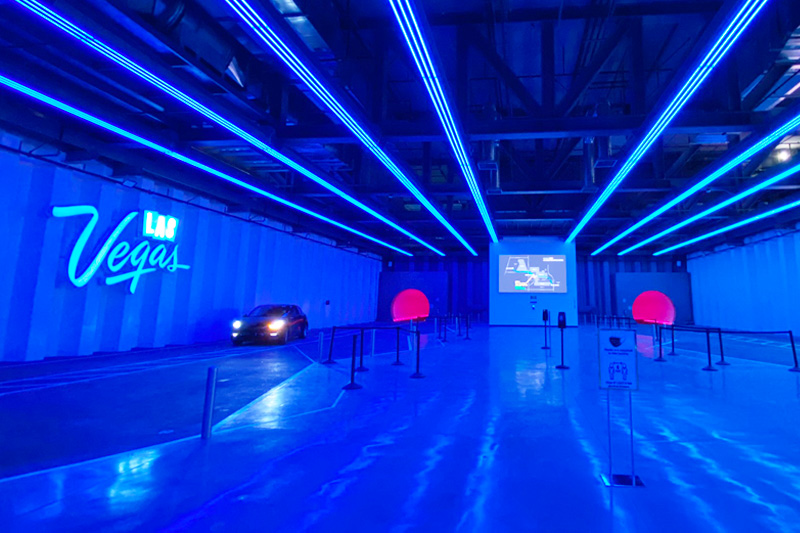 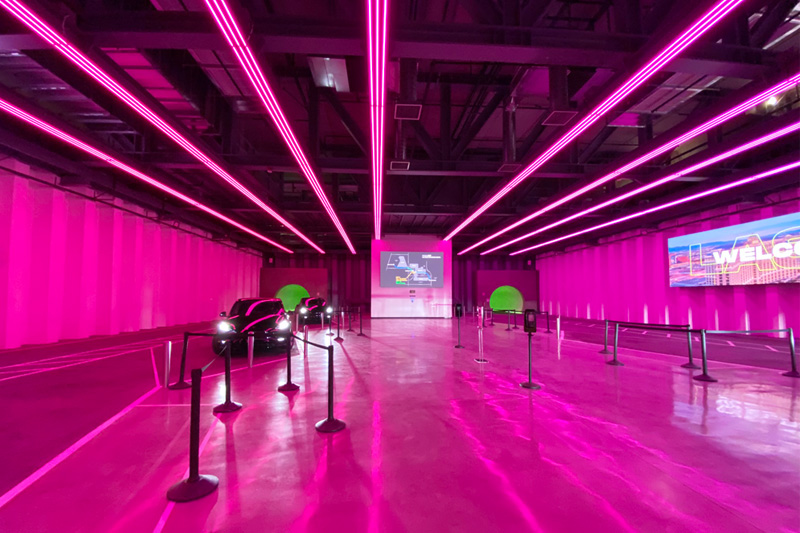 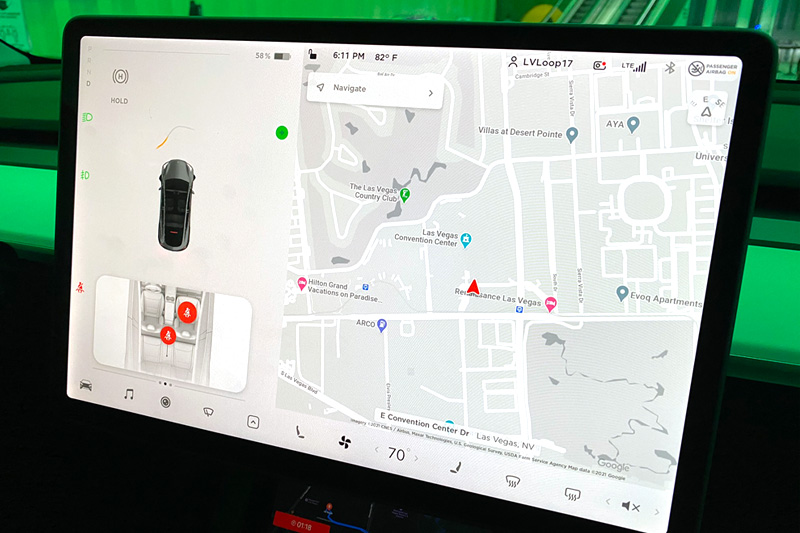 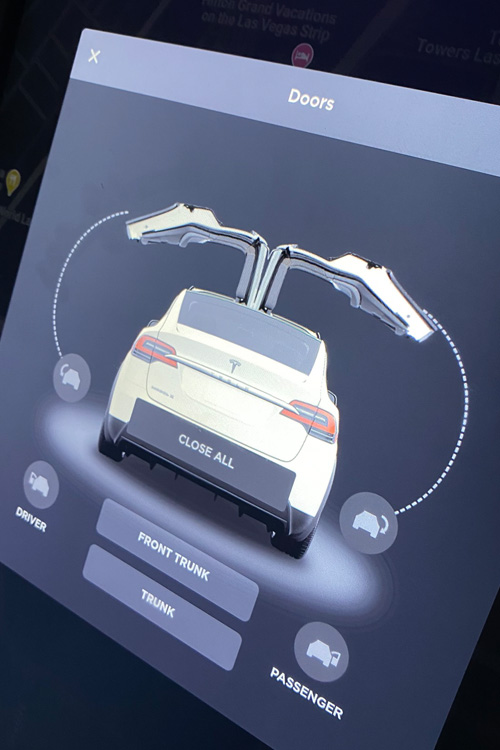 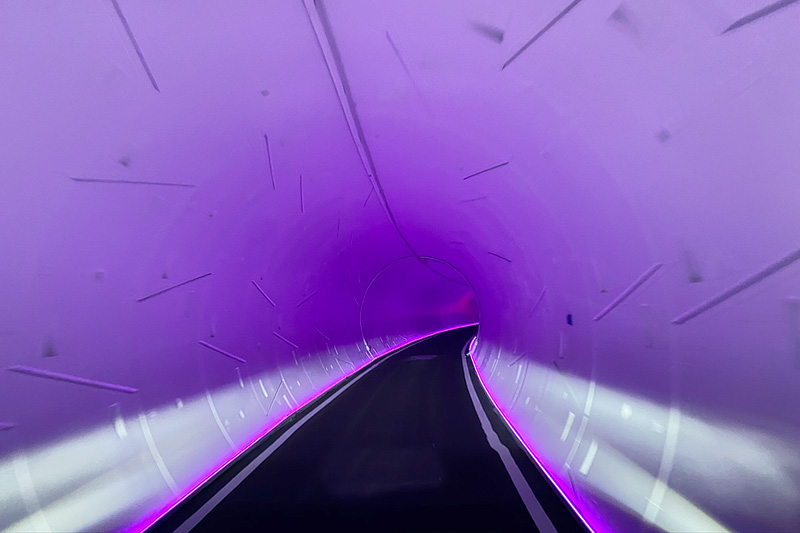 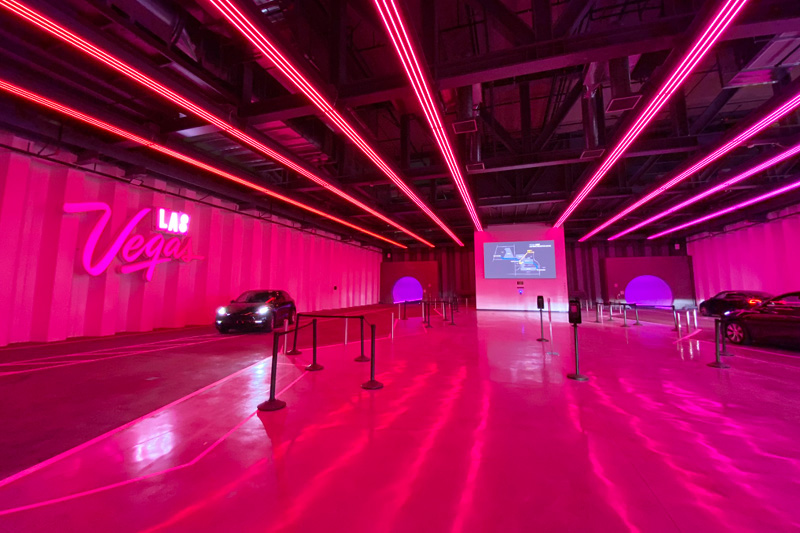 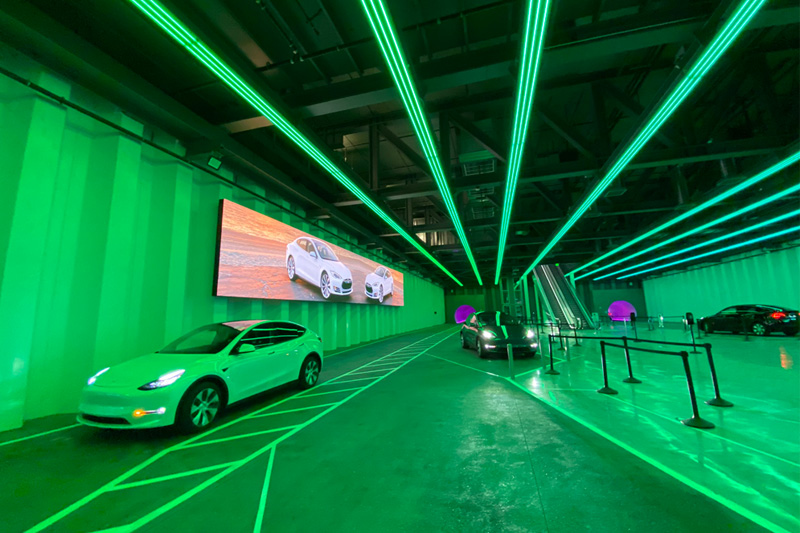 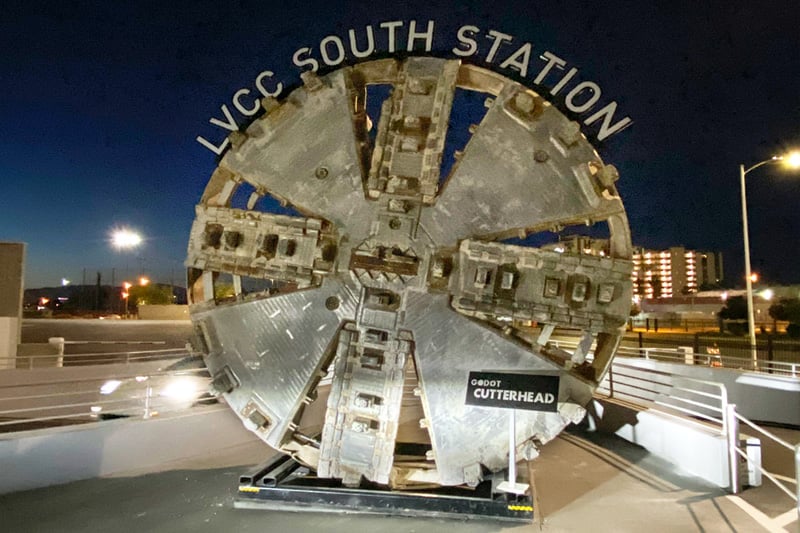 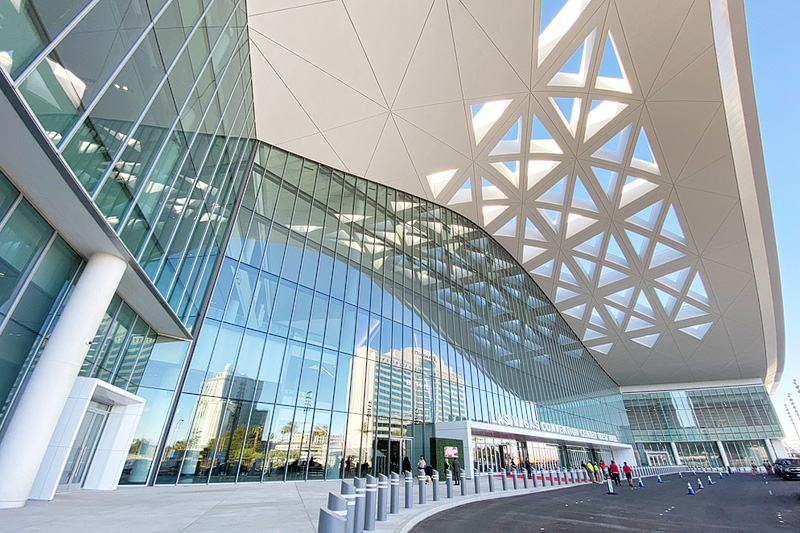 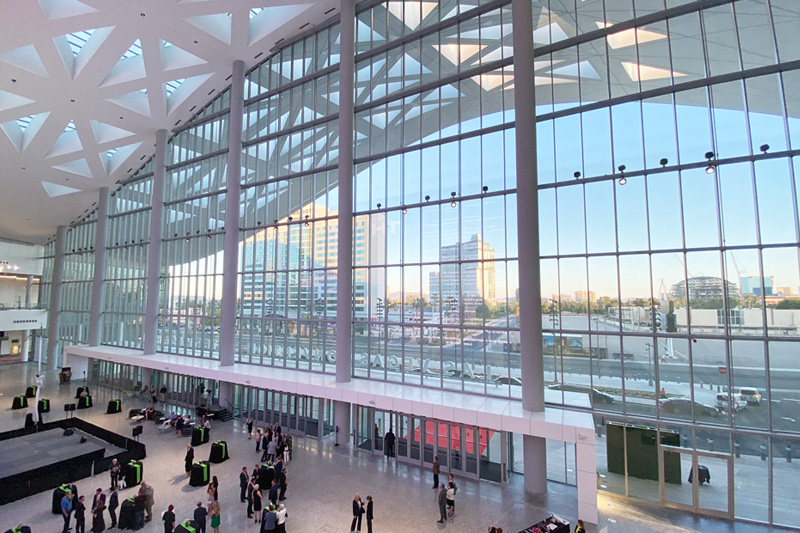 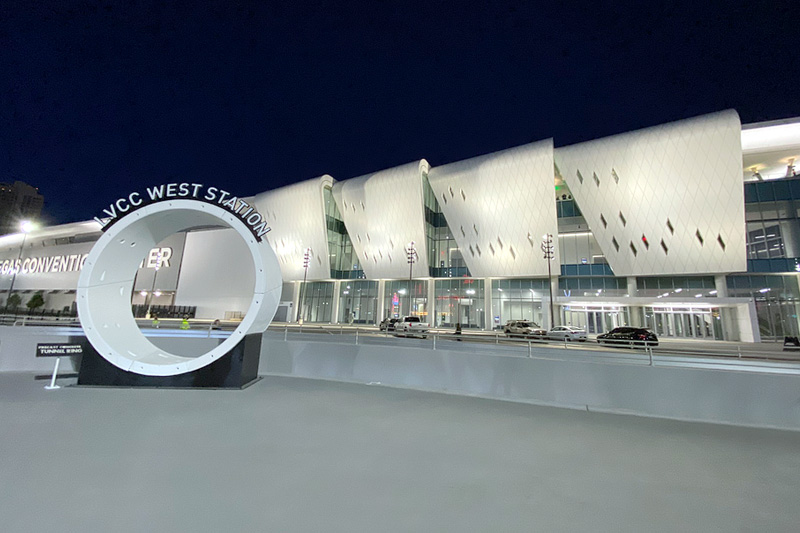 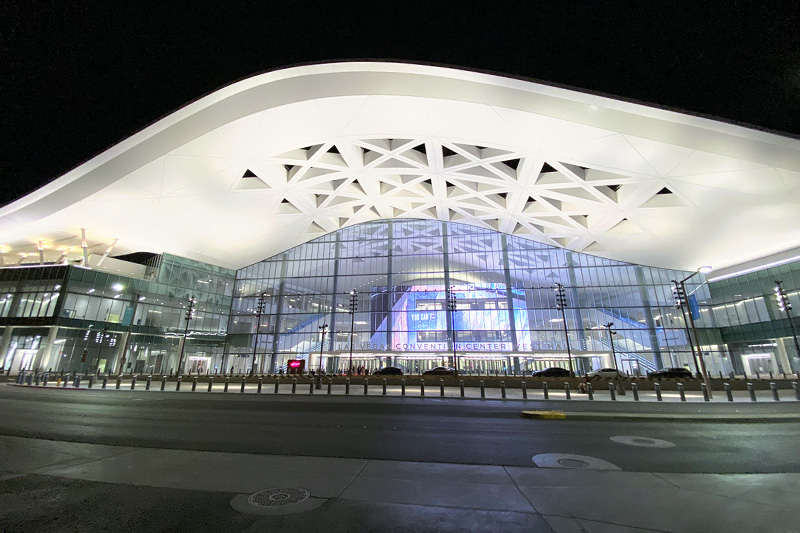 Reports of Death of Circus Circus Buffet Were Dead Wrong

Leave your thoughts on “Confirmed: Critics of Elon Musk’s Vegas Loop Are Clueless”