The so-called “smiling turtle” may have a shot at doing what those opposed to a major new casino in North Bay — a small community about 150 miles north of Toronto, Canada — have so far been unable to do: put a stop to the controversial project. 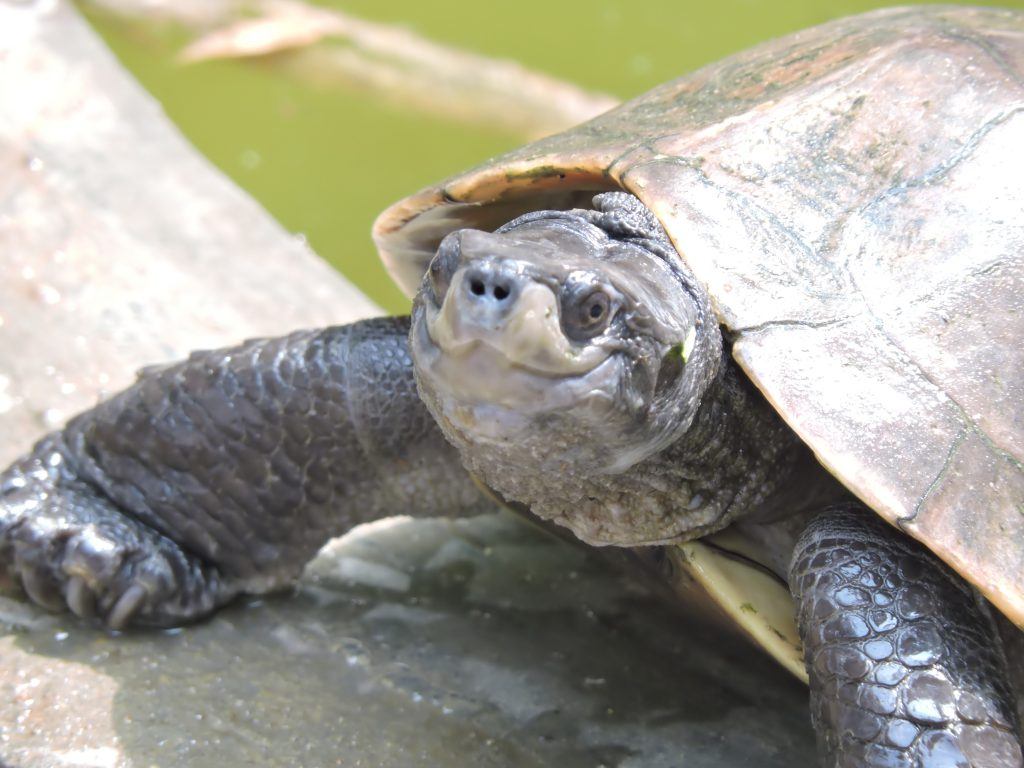 The “smiling turtle” of Canada may be beat out casino developers in North Bay. (Image: Wikipedia)

It’s called the Blanding’s Turtle, though it’s better known as the “smiling turtle,” due to its perpetual appearance of a grin. The reptile is considered a threatened species, and a local group says its future will be even more endangered if the casino is allowed to proceed.

They say the gaming venue is slated be built on a delicate wetlands complex where the turtles typically nest.

“I was shocked to think our Council would consider building a casino on Pinewood Park Drive,” Jim Gray, spokesman for the group “Save the Turtle, Stop the Casino told the Bay Today. “It is a watershed area for Lake Nipissing, and such a major development would be very harmful to threatened species like the Smiling Turtle.

In mid-December, the North Bay city council was met with boos, jeers, and outrage after it voted 8-3 in favor of approving the casino in the small city of 50,000. Opponents claim that politicians were putting the priorities of the developer ahead of those of the community, while supporters defend the project as an opportunity for economic growth.

The $31-million casino is expected to create about 200 jobs.

Not worth it, insists Gray, who says the council is ignoring provincial laws protecting “at risk” species.

“I’ll be asking them not to proceed on this site and what process led to the selection of this site,” Gray said.

So far, local politicians are unmoved by the plight of the smiling turtle.

In fact, authorities have now motioned to make the area in question exempt from the provincial Endangered Species Act, allowing developers to pave over the bogs and marshes on the property.

It passed by an 8-2 vote, but council member Mark King tabled a motion of reconsideration, meaning the council will revisit the issue at its next meeting.

“I almost feel like this council has gone from zero to 100 in a second,” King said following the council’s vote.

But it may not be as simple as side stepping the Endangered Species Act: the area in question is also protected under the federal Species at Risk Act, as well as the Ontario Fish and Wildlife Conservation Act.

While council members in favor of the project are promising responsible growth, some residents remain outraged that such a move is even being considered.

“Attempting to bypass the endangered species legislation so that some can bulldoze critical habitat is as crass as civilization can get,” environmental activist Yan Roberts told council.

KISS Rock & Brews Casino to Open This Week in Oklahoma

Kentucky Derby Upset: 80-1 Rich Strike Pulls Off a Stunner for the Ages

Buffalo Bills New Stadium Naming Rights Could Be In Play for Barstool, Other Gaming Companies