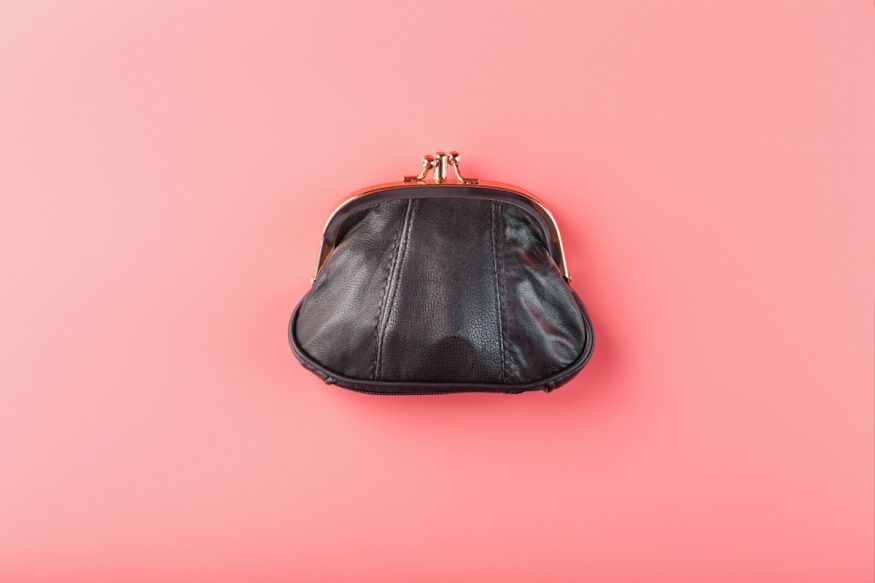 One of the great pleasures of filming The Real Hustle for 11 seasons was that it gave me the chance to revive old scams and perform them on a new generation of potential suckers.

The Purse Swindle has been around for over a century but is relatively unknown in recent years except by a few who may remember seeing it played at racecourses, carnivals or public events in post-war Britain.

In fact, it remains a powerful swindle with countless variations but the principle is always the same: a street auction with a prize hidden in one of the items that never fails to reel in a crowd.

I’ve read several descriptions of this little scam, where valuable items (or cash) are placed into a small leather purse, which is snapped shut and then immediately held up for the audience to see before being joined by several identical purses, which are all offered for sale.

The price of the purses is naturally inflated since one of them comes with an instant profit.

The swindler is sure to seed the audience with the idea that this is an honest game with a clear profit for himself and an attractive prize for one of the buyers.

These purses normally cost one dollar but today, I’m selling them for five dollars each. But one of them contains a twenty-dollar bill as a prize.

So long as I sell all five, I make my five dollars and a fair profit, and everyone who buys one of these fine purses has a one in five chance to win twenty dollars!

The logic is surprisingly effective (as I found out) but the major obstacle to including this scam in The Real Hustle was that the required sleight of hand was fantastically difficult.

According to several sources, the prize money was either palmed out under the noses of a watchful crowd or in some cases switched for something of lesser value depending on the variation being played.

The silver coin would be switched as it was dropped into a purse or dropped behind the purse in a manner that required both immense gall and skill for the illusion to be perfect.

In actual fact, this method is almost impossible unless the swindler is standing on a platform where the necessary sleight looks absolutely perfect to those below.

And it was this revelation that helped make my own performance possible.

How The Switch Works

I had not chosen to switch the item going into the purse.

Instead, I opted to follow the description of a racecourse scam where the entire purse was switched after the money had been clearly and genuinely placed inside.

This is nowhere near as easy as it sounds.

Do it under strict conditions where the crowd are staring at that purse and would immediately smell a rat if they saw anything?

I had experimented with purse switches for years while practicing routines by magicians Charles Morritt and Scotland’s legendary sleight of hand artist, John Ramsay.

In fact, it was Ramsay’s routine that led me to find out where Ramsay had seen the con game performed: Ayr Race Course on the west coast of Scotland.

Luckily for me I had befriended Tom Howie, a close friend of the late Ramsay (he died in 1962, “long” before I was born) who had a little insight into where Ramsay got the idea for a magic trick where three silver coins transformed to copper coins under strict conditions.

The presentation for Ramsay’s trick was taken from his experience watching these purse swindlers at the races.

He had adopted a simple idea from their pitch to help him switch three coins and then ditch the silver coins as he added a worthless chain to the package, claiming it was “solid gold”.

In fact, it’s a great little trick and was the seed for my fascination with the original scam.

I later returned to the Ramsay effect and re-engineered the method to be more like the con game that inspired it.

All of this is to say that my interest was far from casual, but had it not been for another magician fooling me badly with a purse switch in Los Angeles, I might never have gotten the chance to pull the swindle for real.

It was late night at the Magic Castle (below) when a friend opened a small purse, showed several coins, closed it and handed the purse directly to me.

Later in the trick, I opened the purse to find the contents had transformed and was completely fooled, partially by my own hubris.

Having spent years researching purse scams and practicing all manner of switches, I immediately dismissed the idea that the purse might have been switched right under my nose.

My friend had fooled me completely with the very move I had been searching for.

I returned home to Scotland with the secret carefully described in my notebook and spent many hours perfecting a brand-new technique that I had previously considered impossible.

Here’s how it looks:

A small purse is removed from a pouch or box filled with similar purses; it’s opened and shown to be empty.

A folded banknote is clearly placed inside while the purse is held open at the fingertips of the left hand, which is otherwise seen to be empty.

After placing the bill into the purse, the right hand is also shown to be empty before the purse is snapped shut with the bill still inside.

That purse is immediately held up with the right hand as the left hand is again shown to be empty.

Four more purses are retrieved from the pouch while the purse with the banknote remains in full view so everyone can see there is no switch – but it’s already too late and no matter how closely you watch, if the timing is right, the move is imperceptible.

I rehearsed the patter for my pitch for weeks, but I needn’t have worried.

The logic I explained earlier in this article worked perfectly, people rushed to take part in a lottery where the worst that could happen is that they bought a nice leather purse.

Several people tried to play multiple times and no one ever suspected that the money they saw hidden amongst each batch of purses was long gone before any were sold and the only winners who found money were Alex and Jess, who played the part of shills in the crowd to convince people the game was legit.

In the end, we sold dozens of purses for more than double their retail prices and no one felt cheated except when we stopped them from trying to buy more!

With a couple of days experience and years of research and practice, I would have had no problem buying a few thousand purses and pitching up anywhere I could reel in a crowd.

Best of all, if anyone suspects, it’s easy to simply stop cheating, give away a few twenties and let the heat pass before returning to pitch and switch.

In fact, this kind of con game has a rich history but the most successful bait and switch pitchmen rarely resorted to the kind of knuckle-breaking sleight of hand required by the purse game as you’ll learn in our article about the infamous “Soapy” Smith.

For more entertaining reads by R. Paul Wilson, check out: