R. Paul Wilson On: The Old School Gang In LA 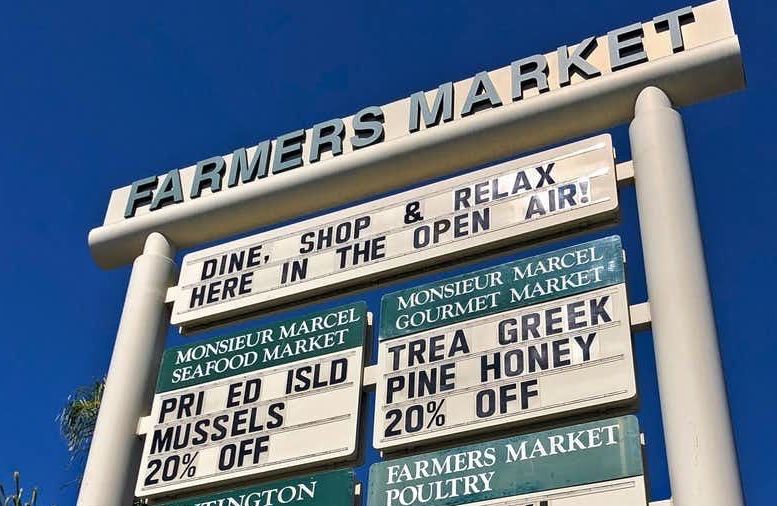 Before the Main Street, Disney-like Grove shopping precinct was erected in Los Angeles, The Farmers Market on Third and Fairfax stood alone beside CBS studios; a reminder of days past frequented by a cast of characters including familiar faces from TV and film, weathered Angelinos and, most interesting to me, a gang of retired cardsharps and hustlers.

I was first taken to the Farmers Market by Gordon Bean when he introduced me to Magic Castle bar tender Jim Patton, who was a regular there.

Jim would spend several hours before shifts at the club, chatting with regulars including former card cheater “Phil H”.

Jim and I became fast friends and the Market became my favourite haunt to meet friends and discuss magic, life and other distractions and once Jim got to know me, he introduced me to Phil and his friends one morning.

It’s not easy to get to know these guys.

They’re naturally suspicious of newcomers; tight-lipped about their world and its secrets but I had a great “in”.

I could fool the pants off them with card tricks and would laugh like hell when the old guys would get into loud arguments with elderly Russian ladies who would sit uninvited in spare seats to gradually take over their table.

Every morning, we’d meet for coffee, chat about this and that then Jim would have me perform my latest miracle for Phil and his friends.

Later, Phil would move the three of us to our own table and gradually tip more and more about his past life hustling card games around Gardena.

Over several years and many visits to the market, I learned an enormous amount from Phil and the others about how they got the money in the old days.

Phil H and his comrades were a mixed bag as far as skill was concerned.

While Phil showed me many great moves, his friends were far less competent.

Perhaps time had worn away their skills, but I saw a few speculative sleights that would guarantee a meeting with a judge though there were many novel techniques that I still practice.

My goal was to find out what really worked, regardless of how impressive a move might be in isolation. Magicians often favour impressive skill over cleverness but I was primarily interested in working deceptions.

The truth is that many cheating methods look like shit but fly right by a table of card players in the right context.

In fact, understanding the importance of context was one of the main lessons I learned at the market.

For example, Phil showed me a simple second deal strategy that concealed even a weak method thanks to the staging used to extract the second card from the top.

Phil demonstrated this with a confidence that only comes from experience and while his technique was rusty, his timing was flawless. Magicians or fans of gambling sleight of hand might not be so impressed but for me, it was an invaluable insight into the reality of card cheating.

A famous magician who was an expert in gambling sleight of hand was well-known to the cheating community but couldn’t move in a game without freezing up.

When it comes to stealing at the card table, no amount of practice is a substitute for larceny and bravado.

One day, Phil was waiting for us with a pile of old newspapers.

I had recently been discussing dice switches with “Frenchie The Hawk”, an old dice hustler who seemed hell-bent on selling me his collection of crooked dice for a small fortune.

Frenchie had mentioned controlled dice shots, which already fascinated me, and Phil had convinced him to show me the secret.

After some prep with the newspapers, Phil spread them onto one of the tables before we threw dice onto the paper from a few feet away. Meanwhile, Frenchie coached me on how to toss the dice so one or both might land on a desired number.

The secret to this technique was in the arm and the wrist, with a particular grip and method for shaking dice before the throw, but the real secret was in when and why the dice were tossed this way.

I have no idea if Phil or Frenchie ever used this move since neither was able to perform it themselves but after an hour of throwing bones in public, I could make them land exactly how I wanted to the delight of Phil, Frenchie and Jim.

After lunch (always a corned beef sandwich from Magees) Frenchie talked at length about timing the throw with a distraction and how he switched dice quite openly to cubes that his partner could control.

Consider this as a problem: you’re a dice cheat working with someone who can throw controlled shots, but you need to swap the tiny dice being used to slightly larger ones that are easier to manipulate. How would you do it?

The secret is simple but still a secret, I’m afraid.

The lesson I learned that day was not just about how to control a throw but the context of that throw, including how to set up the move, sometimes for hours in advance.

Big Tony And The Marking System

One secret that Phil refused to discuss for years was his method for marking plastic cards from the outside.

The “outside” refers to marking the house’s cards during play and is a considerable challenge since plastic cards are waterproof and would need to be painted with chemicals that would normally need time to dry before being returned to the deck.

How could Phil H mark those during play?

One day, at his apartment, Phil showed me the device he used to hold the “daub” that he’d formulated for this purpose.

This alone was incredibly clever but I had my doubts about how effective those marks might be, so he instructed me to buy a deck of Kem cards before meeting him the next day.

At the market, Phil arrived with his device ready to go and in a tight corner away from prying eyes, we played a few hands of poker.

Given that I was looking for the method, there was very little to betray what Phil was doing but I saw enough to know how he was transferring paint to the cards.

My main concern was that the substance would quickly rub off but after an hour of play, Phil ran through the face down cards and correctly identified aces, kings and queens.

Personally, I couldn’t see a thing but Phil was able to spot those marks from across the table. When I got back to my apartment, I put the deck back in it’ box en route to my collection at home.

Later that night, thanks to a happy coincidence, I learned how to spot Phil’s marks.

Legendary hustler, actor and curmudgeon Tony Giorgio was at the Magic Castle and we spent a few hours discussing gambling moves in the inner circle of the club. At some point, Phil’s name came up and Tony launched into a series of rants about him and others from the market.

The feeling was mutual since Phil had already told me Tony was never a real card cheat and was only ever used for “muscle”.

I’d bet money against that since Giorgio had excellent chops and could still move under fire.

I guessed these hustlers were just as bad as some magicians; sniping about each other, bickering or engaging in petty arguments and gossip.

The truth was, if a mark spotted Tony dealing off the bottom, he’d probably let it fly since Giorgio could easily beat the money out of him with his fists!

During one of these rants, Tony alluded to Phil’s “big secret” and said, “I could see that shit from space.”

When I went home that night, I retrieved the cards and tried a different technique to see the marks and, sure enough, there they were!

Phil was impressed when I proved I could see his work but swore me to secrecy about his little device.

He never revealed the substance he was using to burn invisible (to you) marks into plastic playing cards but I remember him licking the same fingers he used to apply the paint and wondered what the long-term consequences might be for this system.

Whether or not Phil and the others were the greatest cheaters in LA was irrelevant to me.

They were the real deal and loved being fooled by card tricks so were generous with their knowledge in return.

As a result of their friendship, I learned a great deal that I’d failed to glean from books and while I might have spent too much time fending off Frenchie’s sales pitch for his corroding dice collection or listening to scuttlebutt about other hustlers, my years at the Farmers Market were well spent and I wouldn’t trade them for anything.

Those days are gone, the hustlers have shuffled off and even the gangs of pushy Russian ladies have vacated the place.

Now that the Grove mall has opened, the market is overrun by trendies, tourists and wannabes but a glimpse of the old place can be found amongst newer joints like the hot sauce shop or the hipster bakery.

Stop by for great barbecue, Bob’s Donuts, D’Amores or best of all, a corned beef sandwich from Magees.

Just don’t expect to find anyone throwing dice or dealing off the bottom.