R. Paul Wilson On: How To Avoid Getting Scammed On Vacation 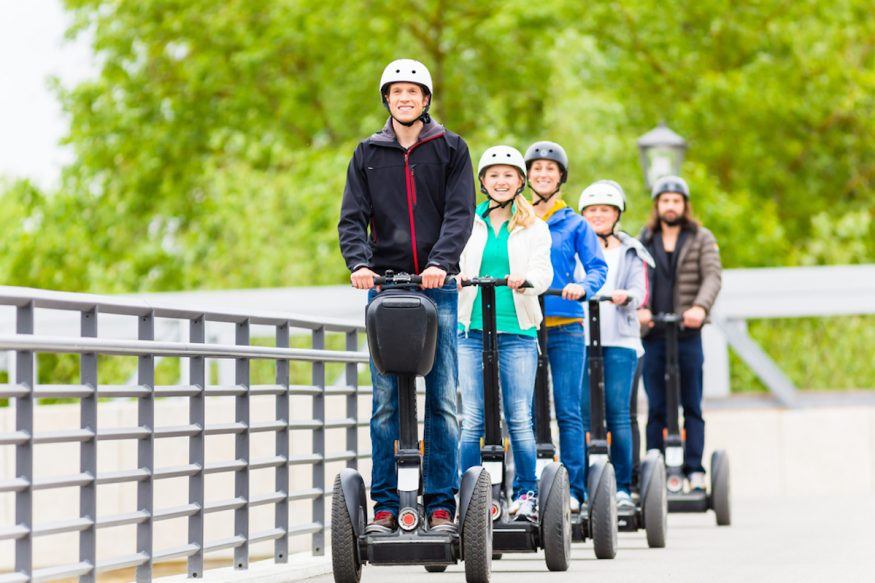 A few years ago, I spent a week in New York City, visiting places of interest, museums and restaurants while meeting friends and exploring secret libraries for arcane information.

I dressed like I always do (jeans and a black shirt) and wandered the city with confidence and ease.

At the end of that first week, everything changed.

I heard a terrifying story some time ago about a businessman who landed in a foreign destination where poverty and obscene wealth rubbed shoulders across a sheer cliff-like economic divide.

The businessman wore a diamond pinky-ring in the shape of a lucky horseshoe but as he exited the airport, that luck quickly ran out.

Pushing through the crowd, he felt a sudden jerk on his arm as the opposite shoulder was bumped roughly by someone in the crowd. The pull on his arm was momentary but hard and he saw the blood before he even realised something was wrong.

Holding up his hand, the businessman found that his diamond ring was missing along with the finger it was on.

After being spotted in the arrivals hall, a pair of pickpockets had timed their actions perfectly, one walking alongside their intended victim, the other coming the opposite way in order to bump the businessman on one side while on the other his arm was pulled and the pinky snipped clean off with a pair of (one assumes) bolt-cutters.

It was a horrific act but when the businessman reported to hospital, he found he was just one of many victims foolish enough to flash their wealth on easily removed body parts.

So Good They Tried It Twice

New York City is not above such obscene acts but to be fair, dissecting victims tends to be the purview of serial killers rather than opportunist thieves but those thieves are far from subtle when they spot a potential mark.

I recall a video from an airport pickup area (perhaps LaGuardia) where a couple were repeatedly targeted by a pack of robbing hyenas who tried several methods to take their victims’ attention off their luggage.

They asked them questions, they attempted to barge between them and even started a mock argument but nothing distracted the couple until one of the thieves threw some change onto the floor.

Mistaking the money as their own, both victims bent over to pick up the coins and a few seconds later found their belongings were already in transit.

What impressed me most (not in a good way) was how bold and obvious the thieves were, and it makes me wonder why they don’t just wrestle the suitcases out of those peoples’ hands and make a run for it.

At the airport, what chance do any of us have of not looking like a potential sucker since we are clearly not locals and even if we might pass for one, our belongings are vulnerable and ready to go in one handy package.

Once installed in our hotel or Airbnb, it’s easy to put on a better show and blend into some environments, especially one as diverse as New York or London or Los Angeles and it’s a lot easier if you are on your own.

But at the end of that first week, my family arrived for a few days and suddenly I was part of an obvious tourist group.

I can’t tell you how stark the difference was between my first week alone and my second week with my family.

A couple and two kids can pass for local New Yorkers but not when three members of our scouting party are experiencing the Big Apple for the first time and creating a magnetic field for hustlers, grifters and pickpockets.

New York is not unique in this regard, but I think this is the first time I’ve experienced both sides of the traveling experience so immediately and in the same location.

From the moment I was with my wife and kids we were scoped out, propositioned, approached and on one occasion we were surrounded until I broke the mood with a firm piece of Glasgow diplomacy.

On reflection, I doubt there was anything we could or should have done differently.

We protected our belongings, were careful about where we went, when and how we got there but short of spoiling our own trip by worrying about it too much, we simply remained watchful and wary and made sure anyone watching us knew we were watching them.

Most people enjoy places without even noticing how close they come to being ripped off or how often, but for me it’s a kind of curse that I’m always hyper-aware of my surroundings and often see possible scams when there may be none!

Sometime in the future we will all be travellers again and it’s worth taking the time to monitor your surroundings, especially in a strange city and even in familiar places where unfamiliar crimes may have flourished since your last visit.

It’s not paranoia to take a few sensible precautions and to revise your knowledge of any destination from time to time.

A quick search of travel sites will reveal the latest scams and swindles including mundane but common gotchas like unexpected cab fares or hotel fees.

It’s hard for me as a Caucasian to blend in to Shanghai but locals who are non-Asian demonstrate a familiarity and comfort that anyone can settle into after a day or two.

Learn how to get around and the quickest ways to pay for goods; notice how people act in common situations and adapt accordingly.

A simple way to illustrate these principles for yourself is to go to a public place in your own city or town and see how easy it is to spot obvious tourists purely by their behaviour then try to avoid repeating those mistakes yourself.

Of course, some cities are easier than others to discern visitors. In Edinburgh, for example, the only people wearing Tartan hats are tourists and can often be seen from half a mile away.

I’ve said many times not to flaunt your wealth or status in any situation you cannot predict or control, so avoid the diamond pinky rings unless you’re ready for anything.

For more interesting articles by this author, check out: