Our Favorite Bellagio Conservatory Display Takes Us Back “Under the Sea”

You know how Las Vegas attractions too-often describe themselves as being “immersive”?

Well, in the case of the Bellagio Conservatory’s summer display, “Under the Sea,” it’s
true. Because it’s under the sea. Please, try and keep up.

While many of the elements of “Under the Sea” will be familiar to frequent Las Vegas
visitors, the centerpiece of the display is new.

“Under the Sea” features a walk-through fish tank designed by the team behind a Las
Vegas-based reality show, Animal Planet’s “Tanked.”

Guests walk down a tunnel flanked by two 20-foot aquariums. Tip: As you’re strolling
through the aquarium structure, don’t forget to look down. The floor is illuminated and
animated.

The fish in the aquarium are on loan from Mandalay Bay and include five flame angelfish, six sailfin tang (Dory is a regal blue tang, but close enough), six Spanish hogfish and three lunar wrasses. Any of which would make a damned fine band name, by the way.

Once again, the Bellagio Conservatory has created an impressive display, including tens of
thousands of plants.

The “Under the Sea” exhibit boasts 80,000 blooming plants. No, we did not count them. We
have a life. The blooming plants include New Guinea impatiens, calandiva, hydrangea,
sunflower, salvia, pineapply lily, asalea, chrysanthemum, miniature rose and calla lily.
The exhibit gets 6,000 tulips each week, and it has about 2,000 ivy plants.

Shout-out the exhibit’s 600 shrubs, too. We were not entirely aware begonias and hibiscus
were shrubs, but who are we to argue with horticulturalists? Or people who write news
releases about their work, for that matter.

“Under the Sea” also has seahorses, dolphins, a clam and pearl, a sea turtle, starfish, scuba divers, a seal and a whale. There’s also a mermaid looking a little like she’s on her third night in Las Vegas, if you get our drift.

Let’s not get bogged down trying to figure out why there are flowers growing “Under the Sea.” This is whimsy, not a Jacques Cousteau documentary. (That sound you hear is Millennials collectively shrugging.)

There are also massive jellyfish. These gelatinous creatures are some of the most distinctive in our planet’s oceans. Jellyfish use their “bells” for locomotion and their stings provide us with an excuse to urinate on our friends.

Happily, the Bellagio Conservatory’s seasonal exhibits remain free. Which is definitely
going to jinx it, sorry. Think we’re kidding? Attractions like this aren’t cheap. Bellagio
has 120 people on its horticulture staff.

For a long time, Las Vegas casinos used free attractions to draw customers to gamble. But Las Vegas visitors are gambling less, and we’d wager just a tiny fraction of people who
visit Bellagio to see the Conservatory end up at the slot machines or tables.

“Show in the Sky” at Rio went away, “Sirens of TI” had its plugged pulled at Treasure Island and the volcano at Mirage cut back on its number of shows. Not to be a buzzkill, but enjoy the Bellagio Conservatory & Botanical Garden while you can!

Find out more about the Bellagio Conservatory & Botanical Garden.

Interestingly, the photo of the “Under the Sea” display on Bellagio’s Web site isn’t
actually the display. It depicts a previous incarnation. Don’t be so OCD, bro.

Enjoy a metric ass-ton of photos from Bellagio Conservatory’s “Under the Sea” display, a reminder to appreciate and preserve sealife, especially the adorable kind. Because let’s face it, nobody’s making a blob fish out of carnations anytime soon. 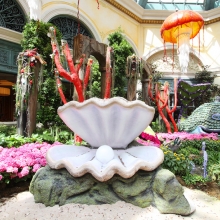 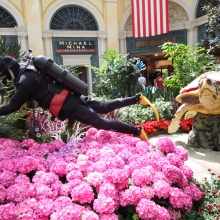 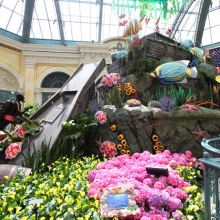 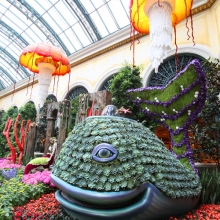 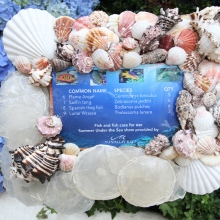 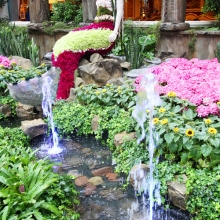 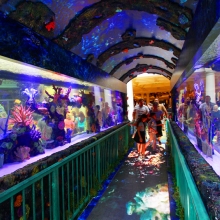 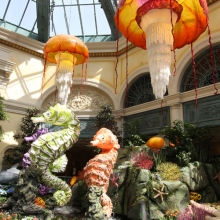 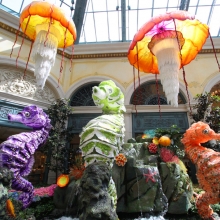 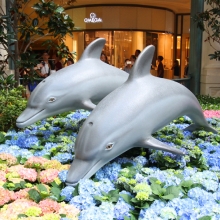 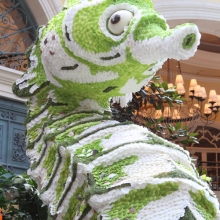 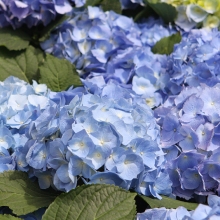 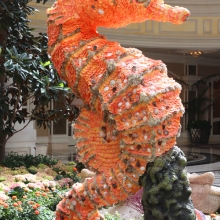 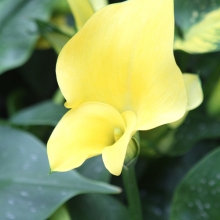 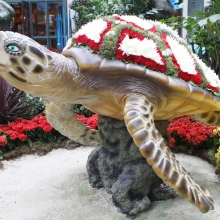 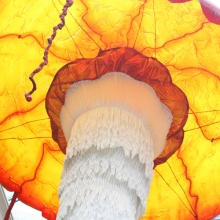 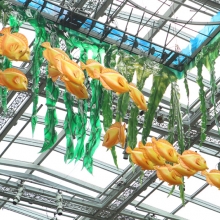 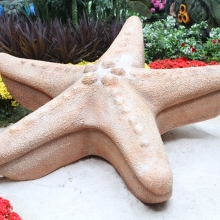 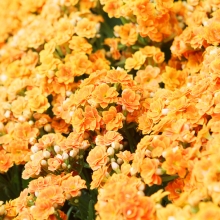 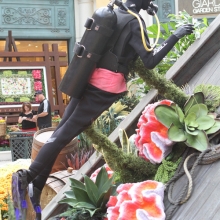 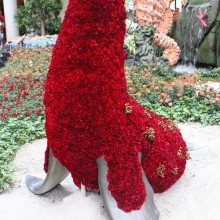 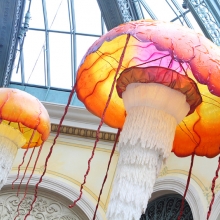 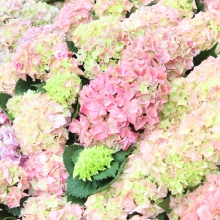 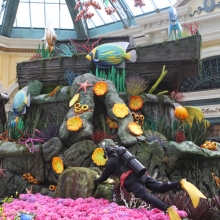 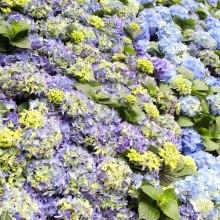 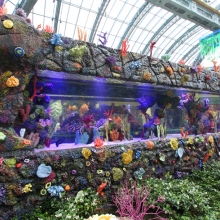