Of all the various food groups, Italian is our favorite.

So, when the popular Nove Italiano restaurant at Palms recently rolled out a menu refresh, we were all over it like gremolada on braised ossobuco, whatever those might actually be.

This was our first visit to Nove Italiano at Palms, despite it getting solid word-of-mouth since it opened in 2006. Special thanks to our significant other, who works at Palms, for hooking us up so we got to sample a wider variety of dishes than we’d typically order. We are not made of money, we are a blog.

Our meal began, as most great meals do, with hooch. The cocktail menu has some new offerings, too, of course.

To start, we had an item from the “Bar Bites” portion of the menu, the Arancini Balls. Arancini are stuffed rice balls coated with breadcrumbs and fried, as are most of the great things in life.

A selection of complimentary breads followed shortly. The kids call these amuse-bouches, or “mouth amusers” in French. They’re gratis with your meal.

Next, we tried the Candy Striped Beet Carpaccio, with peaches, candied pecans and goat cheese.

While we’re not a big seafood person, we quite enjoyed the Shrimp Francaise appetizer.

Time for another cocktail, don’t you think? A question we always, always ask rhetorically.

The Exotic Margarita got our attention because of its distinctive yellow color. The drink features Don Julio Silver tequila, Liqueur 43 (a Spanish liqueur made with citrus fruit and botanicals), passion fruit and organic blue agave nectar.

On to the entrees. There were several, so pace yourself. We certainly didn’t.

First, the pan-seared salmon. Again, we’re not a seafood person, but you wouldn’t know it from our empty plate.

Also delicious was the Pomegranate Chicken Bake, with panko-crusted chicken stuffed with spinach, mushroom and mozzarella, drizzled with aged balsamic. You would think that in such a nice restaurant they’d be able to find some new balsamic, but even the old stuff was pretty good.

We don’t entirely know if Nove’s signature ravioli is new to the menu, but it was new to our face, and was one of our favorites.

While not inexpensive at $65, Marlon’s Surf ‘N Turf was also a stand-out. It has an eight-ounce filet mignon and Maine lobster.

Of course, we couldn’t leave Nove Italiano without trying the chicken parm. While it didn’t resemble any other chicken parm we’ve had, it didn’t disappoint on the flavorfulsomeness side, assuming that’s even remotely a word.

Heading into the home stretch, it’s time for a final cocktail, the Tiramisu Martini. It wasn’t our favorite, but liquor is liquor, and it made for a pretty photo.

Dessert was gratuitous at this juncture, but the bread pudding is the first we’ve ever enjoyed at any restaurant, and not just because of the ice cream.

We also tried the Biscotti e Gelato Italiano, just so we could share a photo, of course. It had
pistacchio, honey almond and chocolate biscottis and a choice of stracciatella, vanilla, chocolate, espresso, or dulce de leche (a high falutin way of saying “caramel”) gelato.

Beyond the tempting menu, Nove Italiano is undeniably romantic and has an impressive view.

There’s also an adorable little wine room with a table for two.

Marketing materials say Nove Italiano is on the hotel’s 51st floor, but we didn’t stop to confirm. Las Vegas hotels often skip floors numbered in the forties due to superstition. (Rio Las Vegas has 41 floors, rather than its publicized 51, for example.)

See the full Nove Italiano menu at the official Palms Las Vegas Web site, and thanks again to the Palms for their hospitality. While we were not charged for our meal, our opinions are our own, despite our significant other’s claims to the contrary.

Enjoy more photos from Nove Italiano at Palms Las Vegas, and let us know what you think if you visit. 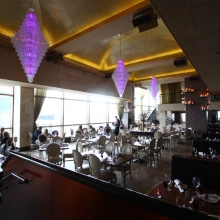 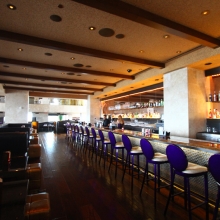 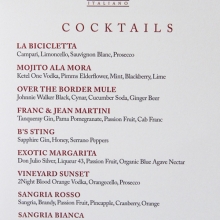 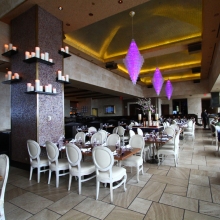 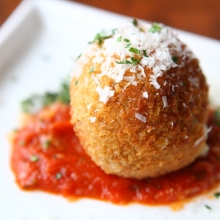 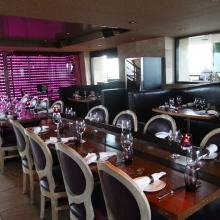 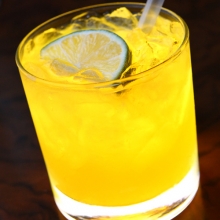 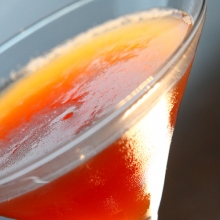 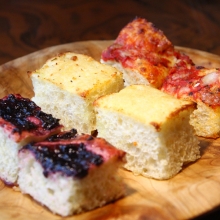 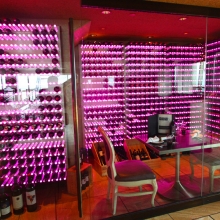 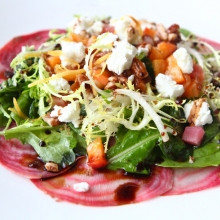 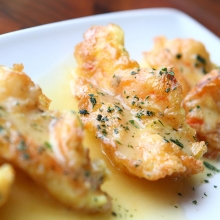 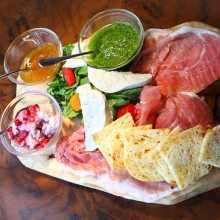 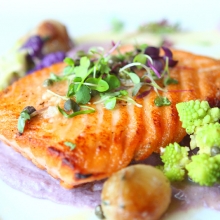 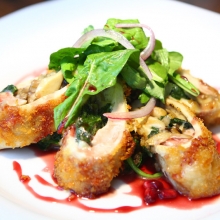 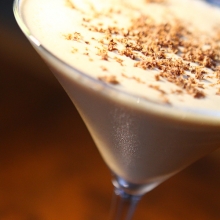 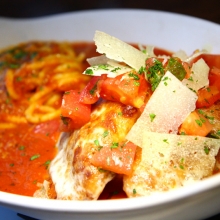 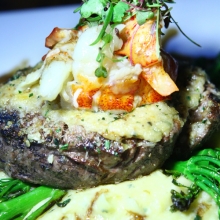 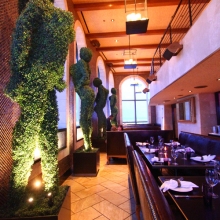 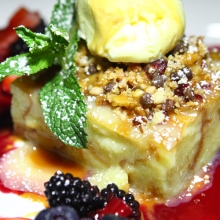 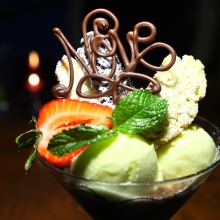 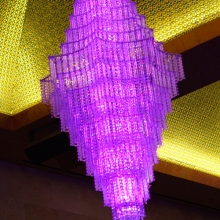