A new show, “The Miss Behave Game Show,” has opened at Bally’s Las Vegas, and it’s an offbeat, rowdy, irreverent evening of interactive entertainment on the Las Vegas Strip.

The “Miss Behave Game Show” production is a relatively modest endeavor, with a streamlined cast of four and a no-frills set, mainly comprised of Sharpie scrawls on pieces of cardboard.

What the show lacks in Las Vegas spectacle it more than makes up for in originality, audaciousness and audience enthusiasm.

The show takes place in a little-known space at Bally’s, the recently-converted Back Room, adjacent to the casino’s Indigo Lounge. The discreet entrance is in the walkway to BLT Steakhouse, just across from Tequila Taqueria Bar & Grill.

Upon entry to the theater space, guests are split into two halves, depending upon what kind of smartphone they use. At the performance we attended, it was “iPhones” and “Everybody Else.” (Technically, the “Others.”)

That audience split sets the stage for a game show-inspired format where the groups complete in dozens of cleverly-themed “rounds,” vying for the most points and bragging rights.

“The Miss Behave Game Show” is hosted by a character named (wait for it) Miss Behave, played by multi-talented comedian Amy Saunders.

Saunders is brash, brilliant at improv and manages to keep the often raucous proceedings on course.

Saunders’ silent sidekick and assistant (at left, below), Tiffany, is played by Bret Pfister.

The show seems to have a large gay following (longtime Strip female impersonator Frank Marino was in the audience during our visit), due in no small part to the charismatic flair and flirtation of Pfister.

While the production is a showcase for the talents of Amy Saunders, there are two stand-alone variety acts thrown into the mix to shake things up.

Her few minutes onstage don’t do her hula hoop wizardry justice, but that’s why Al Gore invented the Internet.

Another amusing, bewildering diversion in the show is billed as the Evil Hate Monkey.

The hirsute Evil Hate Monkey is part ballerino and part stripper. It’s impossible to describe, so we won’t even try.

One of the most remarkable feats on the “Miss Behave” stage is when the tutu-wearing Evil Hate Monkey repeatedly jumps up and down “en pointe,” like it’s no big deal. It’s a throw-away sequence that shows the depth of the talent in this deceptively frivolous show.

The laughs come fast-and-furious in “The Miss Behave Game Show,” and the sheer number of “rounds” means even if one falls flat, there are other killer segments to come.

Part of the fun of the show is the fact there are no “rules,” per se. At various times, audience members just shout out requests for more points, and Miss Behave often grants their requests. Get greedy, though, and she’ll take points away.

Rounds include themes like “The Laid Lottery” (audience members stand, and sit based upon how long it’s been since they’ve had sex), “You’re So Vain, You Probably Think This Selfie’s About You” (audience members take selfies and text them to a number provided), “Stand Up Last” (last person to stand gets a point for their team), “The Age Lottery” (last one standing is the oldest in the room) and “Shout Loudest” (this isn’t rocket science).

The rounds, or “games,” are inventive and the only downside is guests who have seen the show previously sometimes ruin the twists, but then again, no rules, and cheating is encouraged.

Ultimately, “The Miss Behave Game Show” is a wild night out, the perfect playground for tipsy tourists to lower their inhibitions and become part of the show.

As the show progresses, audience members become bolder, and because of that, no two performances will ever be the same.

The party atmosphere is amplified as entire portions of the show are devoted to simply playing iconic hit songs as the performers, and many audience members, just boogie.

The show culminates with a chaotic ball fight. No, the plastic kind. Freak.

“The Miss Behave Game Show” is a cheeky, subversive and sexy breath of fresh air, and well worth a look during your next Las Vegas visit.

See “The Miss Behave Game Show” Wednesday through Sunday at 8:00 p.m. Tickets are $49.99. Find out more at the official Web site.

You may want to get your drink on before arriving at the show. Our Captain Morgan and diet at the bar inside the venue was $15. On the bright side, shots of a colorful, unknown liquor were distributed during the show for as little as a $1 tip. 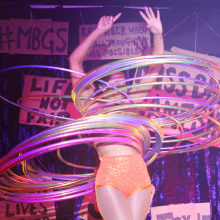 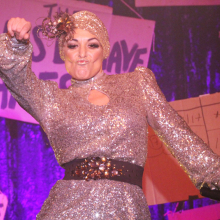 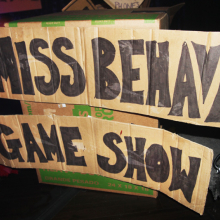 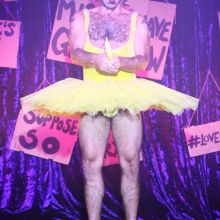 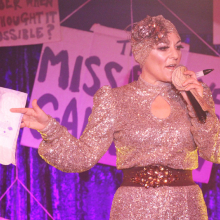 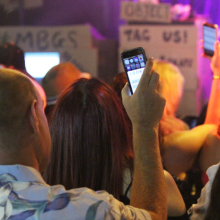 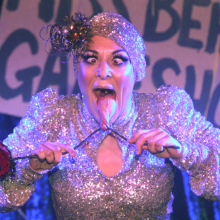 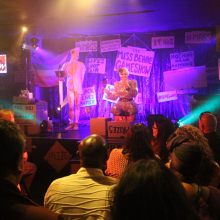 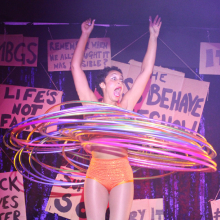 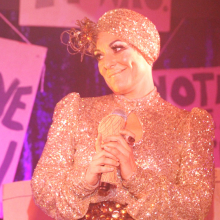 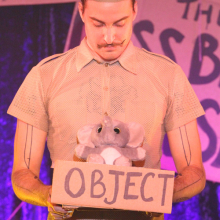 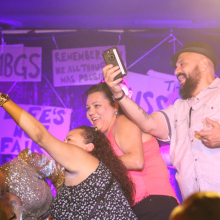 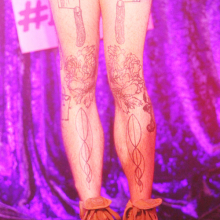 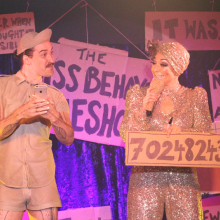 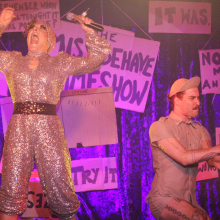 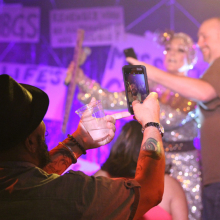 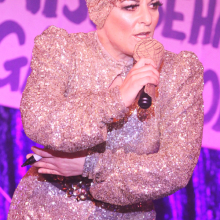 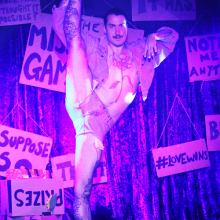 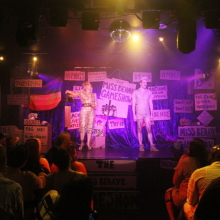 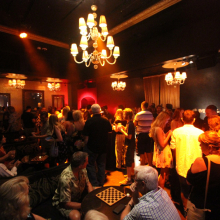 Leave your thoughts on ““The Miss Behave Game Show” is a Bawdy, Boisterous Bash at Bally’s Las Vegas”