Demolition of a number of low-rise buildings has been happening at Riviera Las Vegas for some time.

Now, the destruction has reached the casino’s iconic facade on Las Vegas Boulevard.

As multiple buildings at the Riv disappear before our eyes, the hotel’s two main towers are being prepared for separate implosions.

One’s essentially being wrapped in plastic due to an abundance of asbestos left over from a time when people thought asbestos enhanced virility. Or something.

The first tower is scheduled for implosion at 2:00 a.m. on June 14, 2016. The second tower will be taken down sometime in August.

We did what we do and grabbed some drone footage of the Riviera site for posterity. Yes, it was 104-degrees out. The things we do for you.

The Riviera site is expected to be used for an expansion of the Las Vegas Convention Center. That sensation you feel is a yawn coming on. It’ll pass.

It’s downright jarring to see the front of the Riv being stripped away. As walls are torn away, you can see right into the former casino, the same casino featured in such classic films as “Casino” and “Austin Powers: International Man of Mystery,” among others.

Soon, the Riviera will be featured in “Jason Bourne,” and we didn’t just mention that so you’ll check out our many stories on the subject.

It’s a bittersweet time for longtime fans of Riviera. Rivera’s time had passed, and Las Vegas has an insatiable appetite for fresh stimulation, whether that’s convention center space, new casinos or lap dances. Especially that last thing. Las Vegas is no idiot.

Break out your Kleenex and check out our gallery of the Riviera as it was on June 9, 2016. 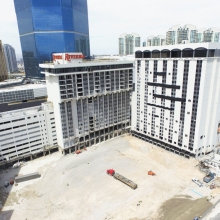 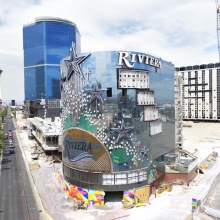 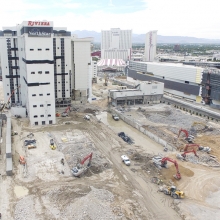 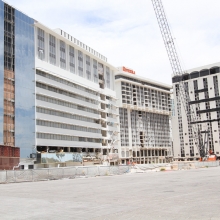 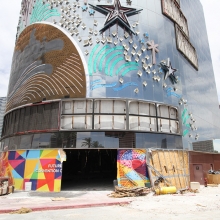 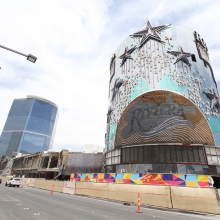 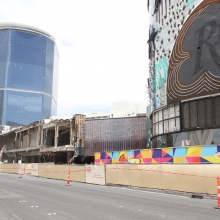 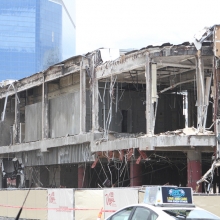 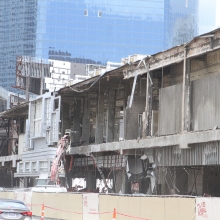 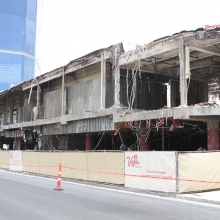 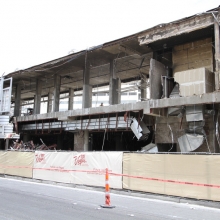 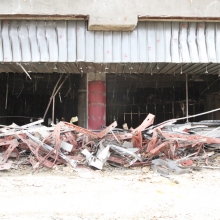 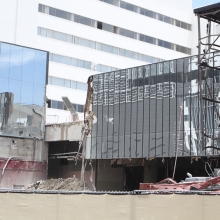 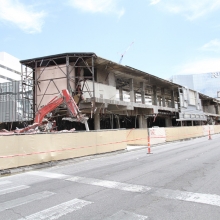 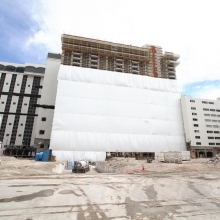 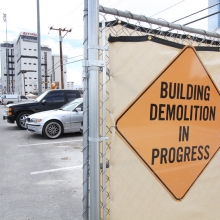