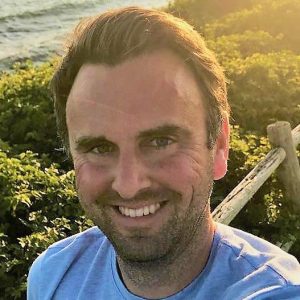 Gaming Legislation, Politics, Casino Business, Entertainment----Devin O’Connor’s passion for politics and background in the world of pop culture television give him insight into the gaming industry backstories that often drive news these days. After graduating from Penn State University with a theater arts degree, he worked at MTV Networks/Viacom from 2005 to 2010 as a writer and producer, where his credits included Total Request Live, New Year's Eve specials, and a special featuring poker superstar Daniel Negreanu. He later moved on to the HGTV/DIY Network, where he created, wrote, and produced three series specials: That's So House Hunters, That's So 80s, and That's So 90s. Devin came on board with Casino.org in 2014. He lives in Pennsylvania, and is an avid marathoner, having completed 15 races to date. Email: devin.oconnor@casino.org

MGM Resorts has named Melonie Johnson the next president of Borgata. She is the first Africa-American woman to lead an Atlantic City casino. Johnson arrives in town from MGM National Harbor, where she was president and chief operating officer. She's served in...

Las Vegas casino workers are in no rush to return to work, as they remain concerned for their personal safety in the wake of the coronavirus pandemic. Unite Here, the union that represents workers in the US casino, hotel, and food service...

Melco Resorts will not be permitted to reopen its five casinos in Cyprus until at least mid-July, as the Mediterranean island country continues aggressive measures to combat COVID-19. Cyprus Casinos (C2) is a joint venture between Melco and ICR Cyprus Holdings. The...

"The house always wins" might not ring true for Atlantic City casinos. After all, the house has to be open to win, and with no definitive time line for the nine beachfront casinos to resume operations, there are growing concerns that the...

The post COVID-19 world will be different in many ways, and could result in state lawmakers passing legislation to authorize online gambling and mobile sports betting. That was the takeaway at Friday's "Sports Betting in America" discussion at the inaugural SBC Digital...

The odds of former Vice President Joe Biden taking occupancy of the White House have lengthened. That's after he publicly denied sexual assault allegations made against him by a former aide who worked in his Senate office in 1993. Tara Reade alleges...

Atlantic City casinos are partnering with the AtlantiCare healthcare system to form best practices to allow the gaming resorts to reopen safely once permitted by the state. The Casino Association of New Jersey (CANJ) and AtlantiCare announced the collaboration on Thursday. Once...