The Riviera’s Casino Is No More

The iconic casino at Riviera Las Vegas, featured in films like “Casino” and the upcoming “Jason Bourne,” is no more.

The best way to view the ongoing destruction at the Riviera site, which now includes the obliteration of the facade along Las Vegas Boulevard, is by air.

Your wish is our security breach.

The area currently being demolished at Riviera was formerly an abandoned rooftop pool, the casino itself and a below ground self-parking garage.

A number of small rise buildings have been demolished across the Riviera site, and one of the hotel’s towers has been imploded.

The Monte Carlo is being prepared for implosion. It’s been completely wrapped in plastic as crews make a valiant attempt to do asbestos abatement.

The Riviera closed May 4, 2015. The aging hotel was sold to the Las Vegas Convention and Visitors Authority for a convention center expansion.

Stop by and bid farewell to the Riviera. You can smell the history. No, really.

Expect another tower demolition in August 2016. The 26-acre site will be completely flattened within a few months, and the space is already booked for the Con-Expo/ConAgg trade show in March 2017. 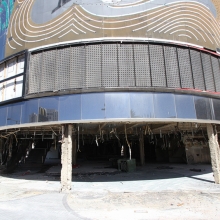 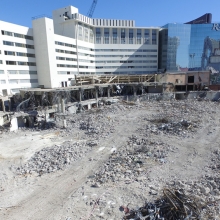 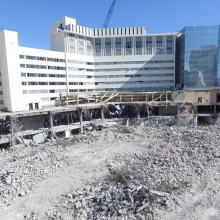 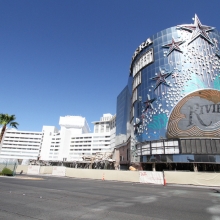 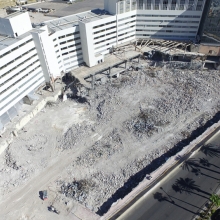 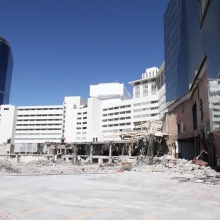 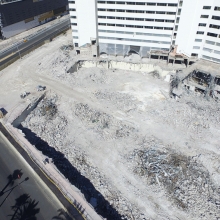 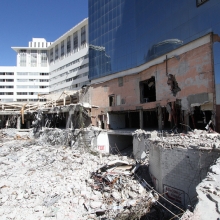 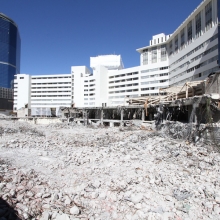 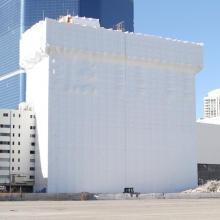 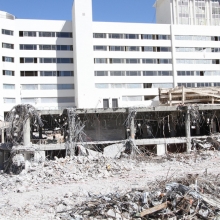 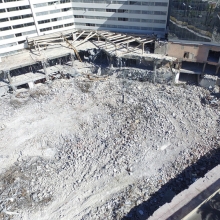 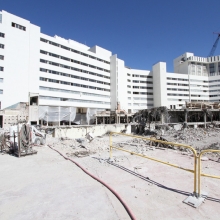 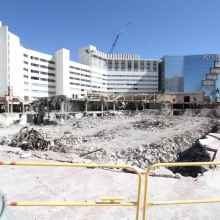 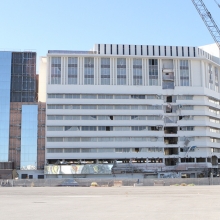 Leave your thoughts on “The Riviera’s Casino Is No More”