In the end, the Riviera hotel-casino went out with a bang and a whimper.

After months of demolition on the Riviera site, the two remaining structures of this classic Las Vegas hotel were imploded.

The implosion downed both the hotel’s Monte Carlo tower and its iconic, mirrored facade. The implosion took place at 2:30 in the wee hours of August 16, 2016, and lasted for upwards of eight seconds. Or approximately three seconds longer than sex with this blog.

A day later, after the dust settled, we took what is likely to be our final pass over the Riviera site for posterity.

See more of our exhaustive, borderline obsessive, coverage of the Riviera demolition.

Before that happens, there’s quite a bit of sweeping up to do.

The Riviera holds a special place in the hearts of Las Vegas lovers, despite the fact its popularity waned over the last few years.

For some, the end of the Riv marks the end of an era in Las Vegas. But the fact is there are no “eras” in Las Vegas. Las Vegas a continuum of building and demolishing and building again and evolving into whatever’s next and new and in demand.

Las Vegas is like a shark. Wait, no, a chameleon. Ooh, or maybe a lemur. They’re adorable.

It should be noted that lemur society is distinguished by female social dominance. Which, in Las Vegas, happens to be a thing, too. Typically, for a small surcharge.

So, be a lemur. If one tree falls, find another tree. Hopefully, one with low table minimums and a topless revue. 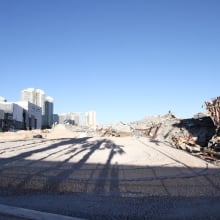 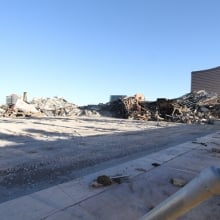 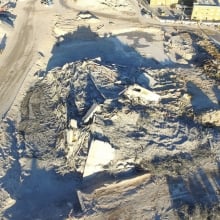 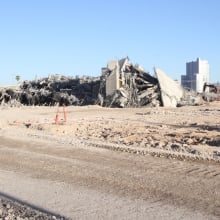 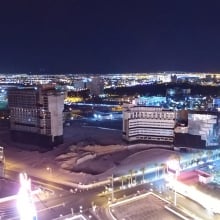 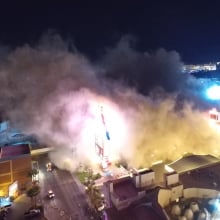 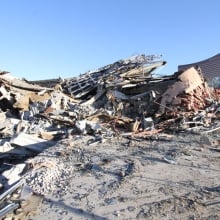 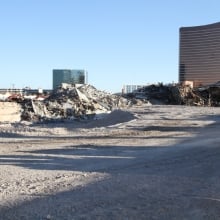 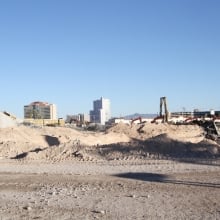 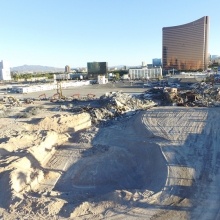 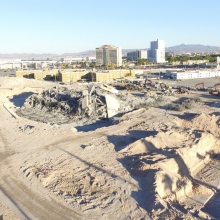 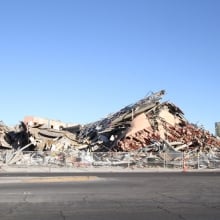 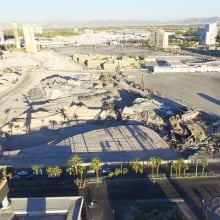 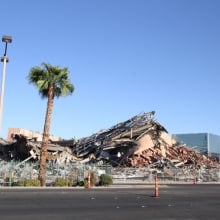