The former Las Vegas Club, a sports-themed casino in downtown Las Vegas, is about halfway toward its goal of becoming history.

The Las Vegas Club demolition project, which also included Mermaids casino and the Glitter Gulch strip club, hit a milestone with the removal of a baseball player statue that stood watch over Fremont and Main for decades.

The statue now sits on the demolition site, next to another classic sign, the Golden Goose.

Fun fact we learned about the Golden Goose: At one time it rotated. The mechanism responsible for the movement makes the goose ungodly heavy.

There are currently no plans to dispose of the baseball player or the goose, but it’s likely they’ll end up in the hands of a private owner willing to foot the bill to remove, transport and restore the signs.

Ironically, while strolling Fremont, we spotted one of the baseball player’s relatives.

Meanwhile on the site, a massive high-reach excavator, nicknamed “Bronto,” suffered mechanical problems, resulting in what amounts to the excavator equivalent of a “slip and fall,” and has been sidelined for several weeks.

It’s been replaced by an even taller excavator that, after a longer-than-expected assembly period (high-reach excavators seem to be temperamental, a frustration that’s cost the demolition team about six weeks), has been steadily eating away at the Las Vegas Club’s south hotel tower.

It seems Bronto may be down, but it’s not out. The super of the site says it’s expected the excavator will be repaired and join the current excavator as the hotel’s towers are meticulously taken down.

It’s been fascinating to watch the progress at 18 Fremont, the address of the block being leveled for a new resort from Derek and Greg Stevens, owners of The D and Golden Gate.

The demolition hasn’t been without challenges. Aside from the mechanical problems with the excavators, early in the project the facade of Mermaids was taken down earlier than expected due to the instability of the old structure. Originally, the facade was to remain in place to assist with dust suppression.

Recently, while working with the excavator at the top of the south tower, an exterior decorative piece (see below) tore loose, landing on the casino structure below and crushing a fence along Main Street. While not optimal, the demolition crew anticipated the potential for debris on the Main Street side of the structure and had stopped vehicular and pedestrian traffic.

The debris was cleaned up in short order and work was back underway immediately.

Here’s a look at the west side of the south tower. There will be a quiz.

The dramatic nature of the Las Vegas Club demolition has made it a bona fide tourist attraction downtown, with groups of gawkers gathering to watch the excavator do its thing.

It’s been a blast tracking the demolition progress, and are giddy as workers move closer to a room on an upper floor that is said to contain dozens of cheerleader costumes, a hold-over from the sports-themed casino’s heyday.

The plan is to finish demolition of the Las Vegas Club by the end of the year, although it may be slow-going when crews take on the north tower. The north tower’s base was built to be able to support another 20 floors that were never added. The reinforced beams are sure to put the excavators to the test.

Check back as we obsessively chronicle the Las Vegas Club demolition. Hey, the alternative is to get a life and we don’t have time for all that. 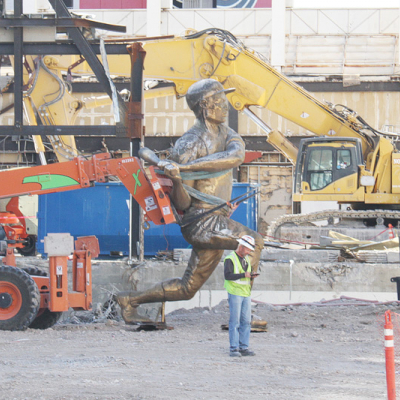 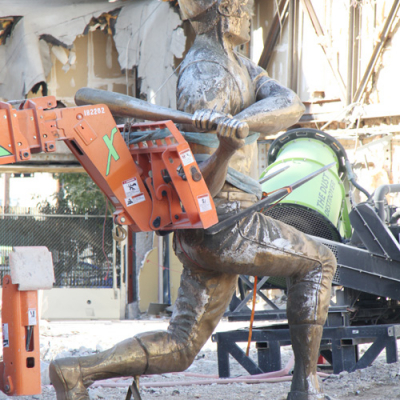 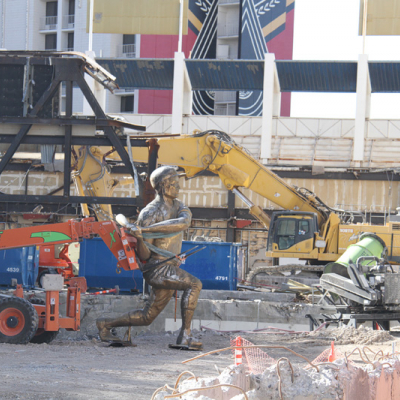 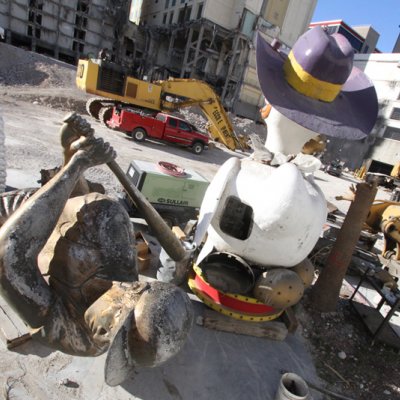 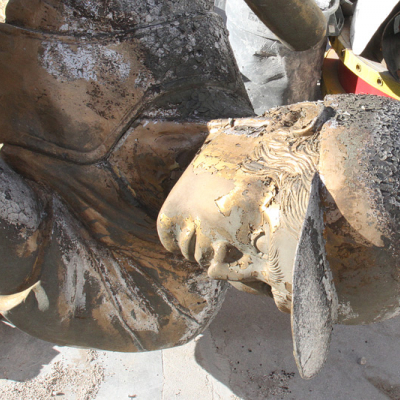 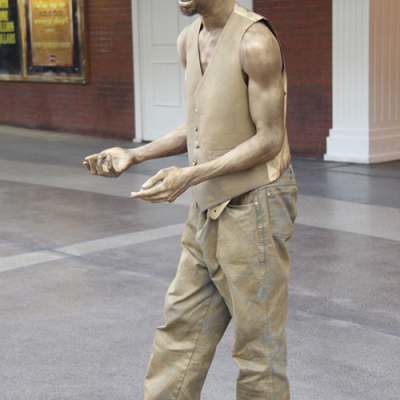 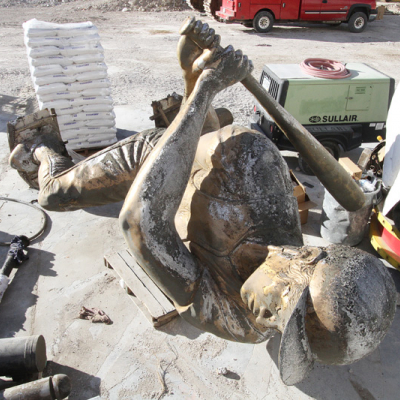 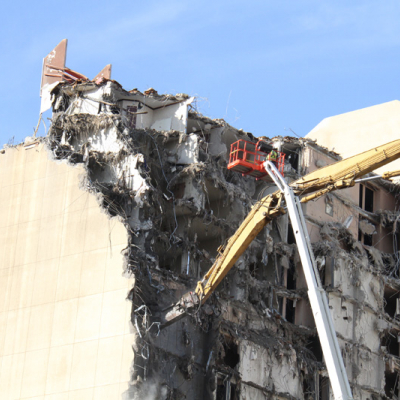 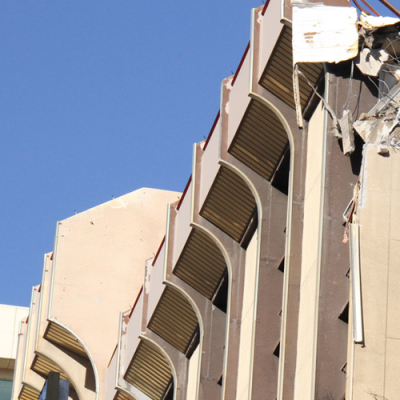 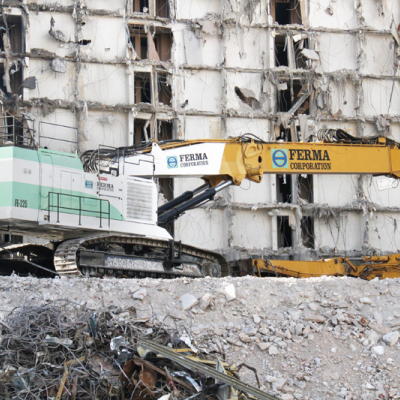 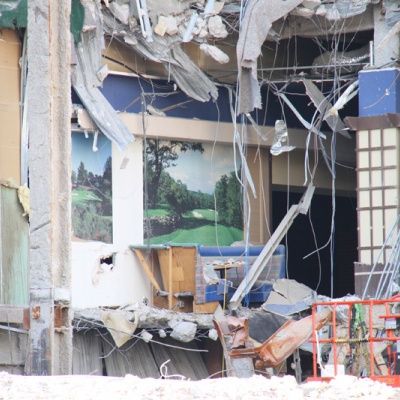 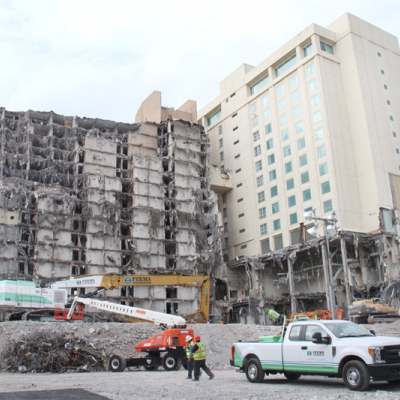 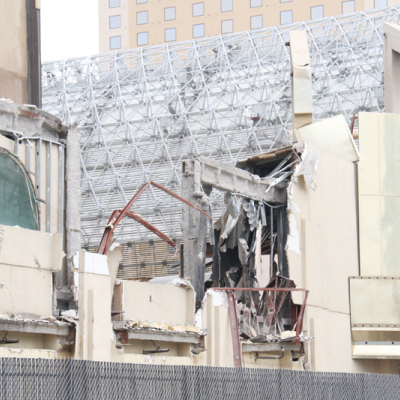 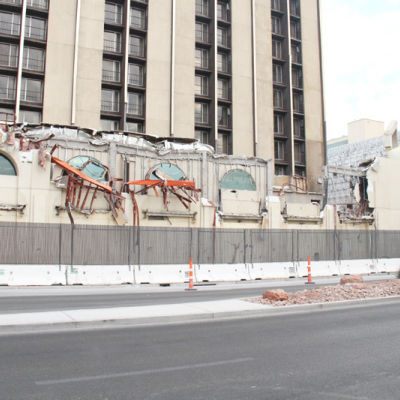 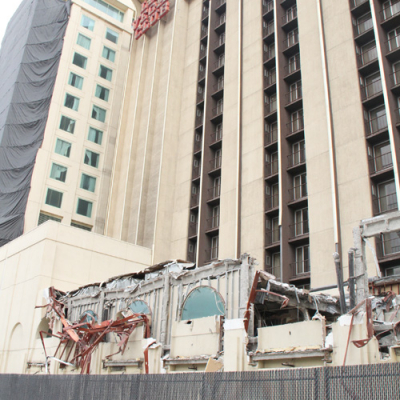 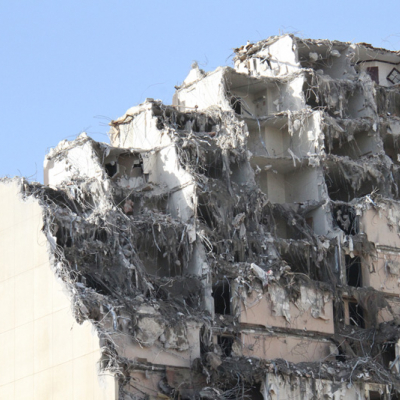 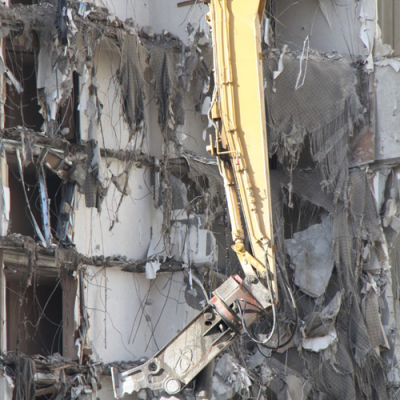 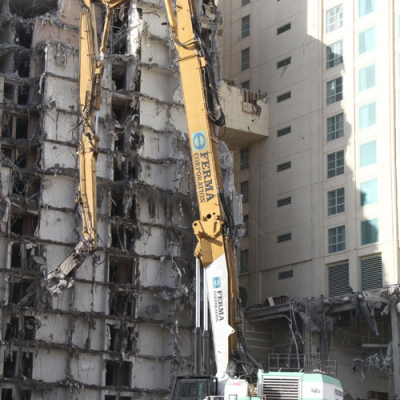 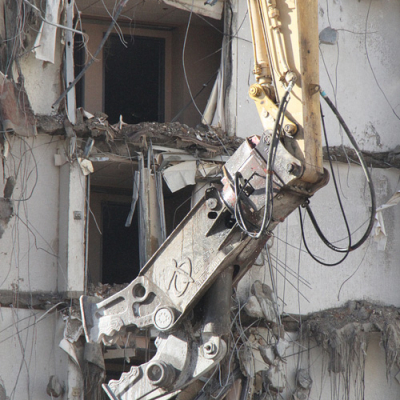 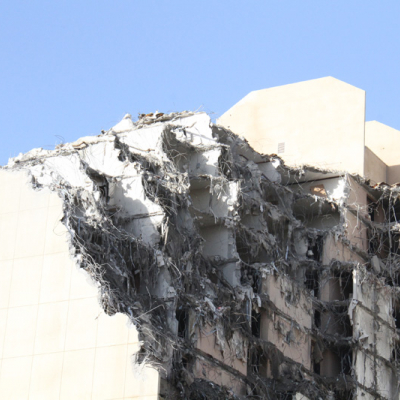 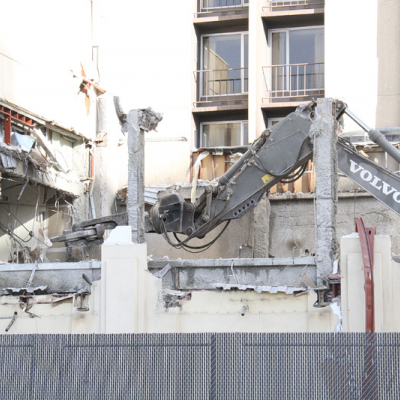 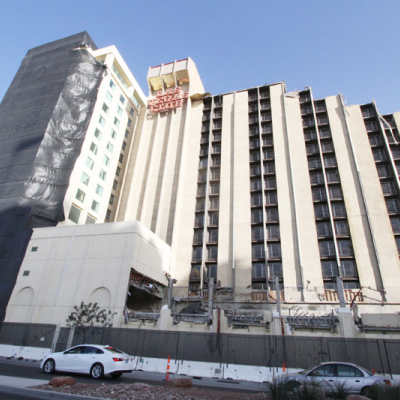 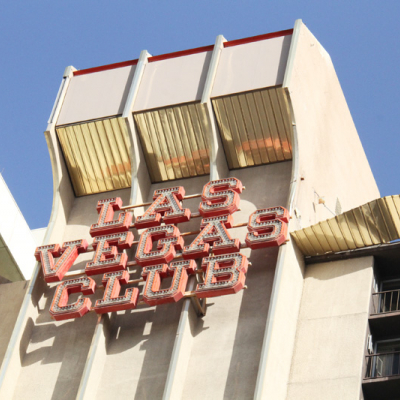 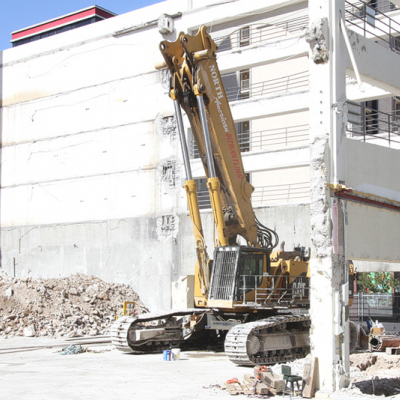