Las Vegas fiascos don’t come much bigger than the saga of the Harmon Hotel tower.

The ill-fated Harmon, part of the CityCenter project, was partially erected, then in 2008, engineers found building defects which made the building dangerous and uninhabitable.

Originally, the Harmon Hotel was designed to be 47 stories tall, a prominent feature on the Las Vegas Strip’s distinctive skyline. The Harmon was situated next to the Cosmopolitan hotel, and across the street from Harmon Corner, a shopping center.

When defects were found, construction was stopped at 26 floors.

A decision was made to demolish Harmon tower in a unique way: It would be dismantled, top to bottom and floor by floor.

The costs involved in this cluster of a building project are staggering.

Yes, that seems like a lot of money, but everything’s bigger in Las Vegas, including our debacles.

Let’s just say there were a lot of fat, happy lawyers at the end of the whole Harmon Hotel ordeal. The legal battle over who did what to whom at the Harmon took four years.

To give you some idea of how complicated the legal issues were related to the Harmon tower case, there were a staggering three million digitally-stored pieces of evidence involved. Had the case not been settled, somebody’s hard drive would’ve been fried.

The Harmon Hotel was built and removed before hosting even a single guest.

Because of the Harmon’s proximity to other structures, an implosion was deemed implausible. Las Vegas always makes a big deal out of its implosions, but in the case of Harmon tower, the building went away with nary a whimper, rather than exiting with a hurrah. Honestly, we’re not even sure there are hurrahs anymore. They’ve been replaced by BFDs. And narys, you never see those anymore, either.

But you get the drift.

Over the course of months, the Harmon tower was taken apart, a process mostly hidden behind a dark mesh.

Slowly and meticulously, with minimal disruption to the surrounding area and pedestrian walkways, what began as 26 floors became just two or three.

At one point, the Harmon’s builder, Tudor Perini Building Co., said it would cost $21 million to fix the building’s problems. But all the testing on the building, the same testing that determined it wouldn’t survive a magnitude 7.7 earthquake, made the building unrepairable. Ah, the circularity of the universe.

On Aug. 4, 2015, during an MGM Resorts earnings call, CEO Jim Murren said the company had “finished deconstructing the nightmare that was the Harmon.”

Eventually, the tower reached “ground” level, and the crane that hovered over the Harmon demolition went away, too.

The Harmon Hotel drama is destined to be one of the more remarkable enigmas of the Las Vegas Strip as the months and years tick by. Many Vegas visitors won’t even realize it existed at all.

In Vegas, buildings rise and fall with such regularity, we tend to forget what complex feats of engineering and construction we’re witnessing, until something goes sideways.

The future of the space formerly occupied by the Harmon Hotel is unknown, but an expansion of the adjacent Shops At Crystals mall, and the addition of more high-end retail space, seems a likely eventuality.

Here’s our complete collection of photos taken during the course of the Harmon tower demolition. For posterity, and as a cautionary tale. Las Vegas history has a metric ass-ton of those. 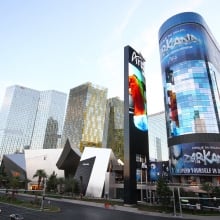 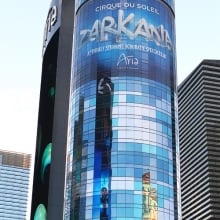 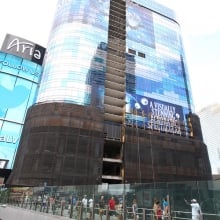 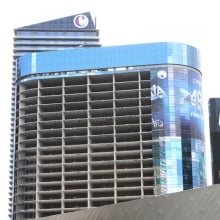 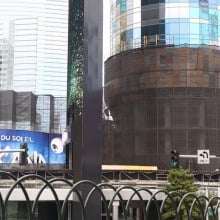 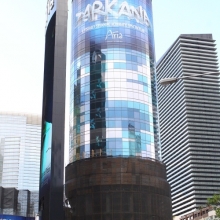 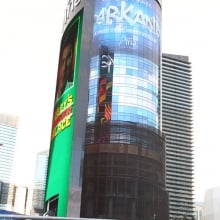 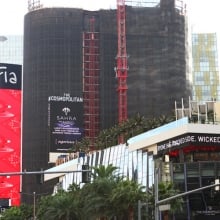 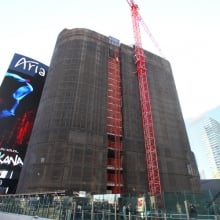 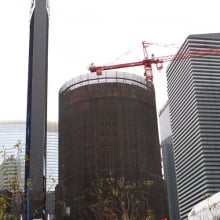 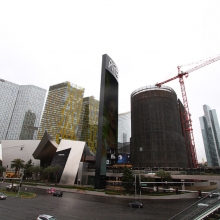 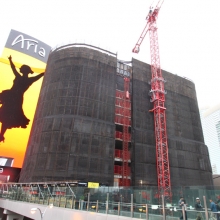 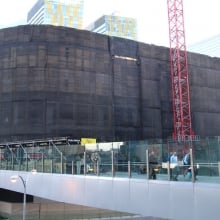 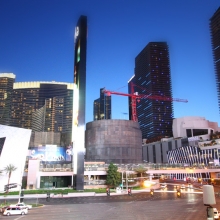 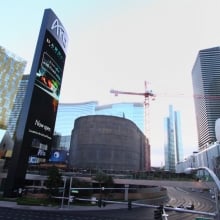 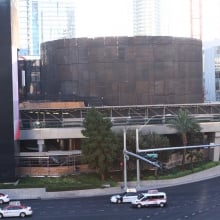 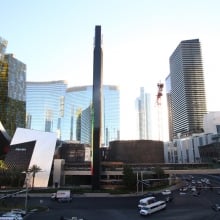 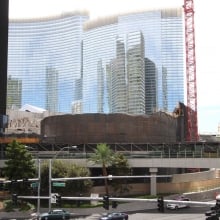 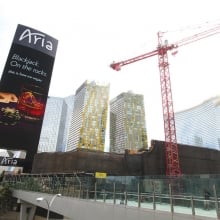 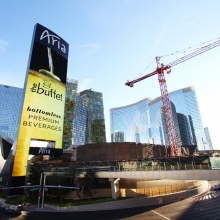 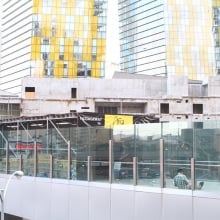 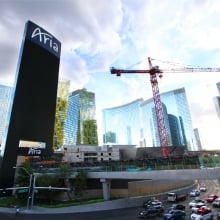 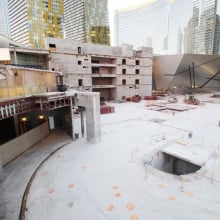 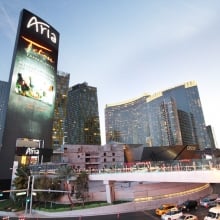 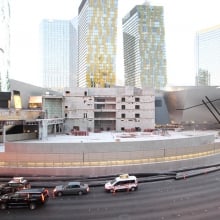 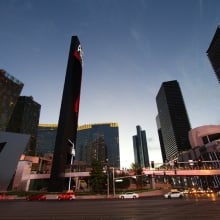 Leave your thoughts on “Harmon Hotel Demolition is Complete: Chronology of an Epic Las Vegas Fiasco”