Golden Gate has unveiled its new high limit room and guests can expect several surprises that highlight the casino’s colorful past.

While the previous high limit room had only table games, now it boasts high limit slots as well. Note: Downtown, “high limit” is relative. Several of the slots are $1 machines.

The new high limit room (specifically, the slot machine area) integrates space previously devoted to the casino’s cashier cage. The cage has been relocated closer to the hotel’s registration desk.

But the games aren’t necessarily the most interesting aspect of Golden Gate’s new high limit room. That distinction belongs to several hidden gems guests are invited to discover during their visit.

For starters, there’s an unmarked door with an inconspicuous knob which serves as a sort of portal back in time.

Behind the door is a section of the original brickwork of the Hotel Nevada, predecessor of the Golden Gate.

Another charming surprise awaits nearby, tucked away in a hidden corner of the high limit room.

There’s an eye-catching photo op, a floor-to-ceiling “flapper,” but that’s not the surprise.

Next to the flapper, make sure to check out a fountain from the earliest days of the hotel.

It’s estimated the fountain was added in 1909.

It’s unknown if the fountain was used for drinking, or if it was merely decorative, but it’s an utterly unique Las Vegas curiosity.

As you explore the Golden Gate’s high limit room, take special note of the archways.

The archways, too, are a nod to the casino’s history. Work crews realized early on the arches were an integral part of the building’s structural integrity.

Here’s a behind-the-scenes look at two of the arches before the build-out.

The arches inspired the design of the doorways—practically and aesthetically—between the table games area and slot machine area.

Golden Gate’s new high limit room won us over immediately, not only because of its clever throwbacks, but because some of our favorite old-school Top Dollar reel slots were relocated from the main casino floor.

The high limit room’s dark wood is very appealing, and the space manages to feel private while providing “windows” into the lively casino.

We especially like this framed window that looks out into the dice pit.

Another benefit of the new high limit room is it’s a good 30 decibels quieter than the main casino.

There are more surprises to come at Golden Gate.

The casino recently expanded into the former La Bayou casino, and another expansion took up the space previously occupied by Du-Par’s restaurant.

Next on the agenda at Golden Gate is a new sports book.

The casino is making the most of its tiny footprint, and remains one of our favorite places to play (and drink) in downtown Las Vegas.

Kudos to the Golden Gate for finding a way to provide shiny new things while giving a hat tip to history. 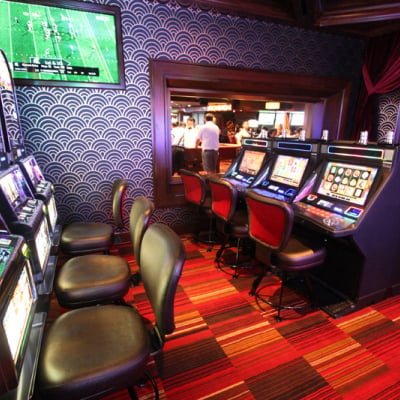 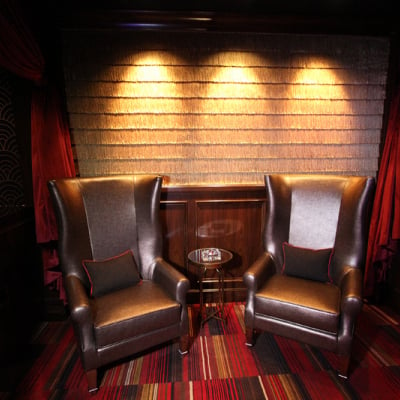 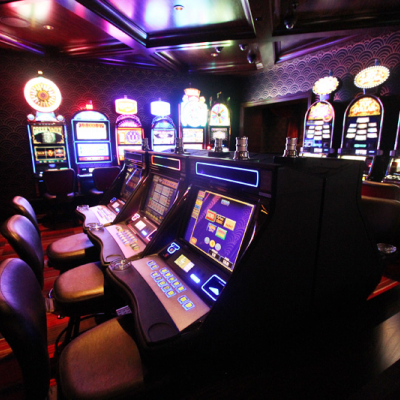 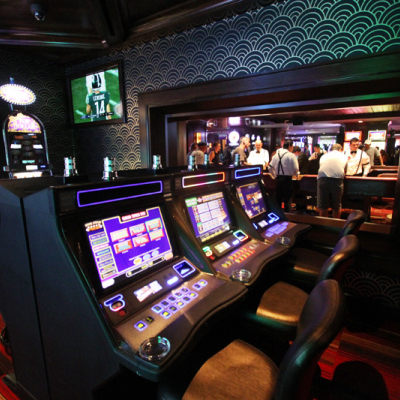 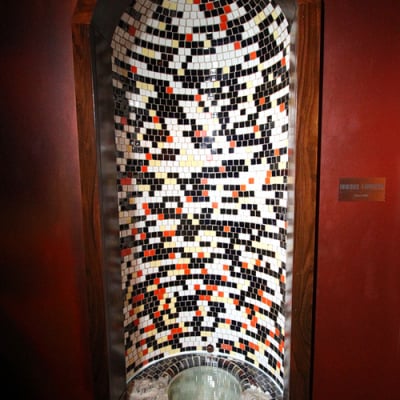 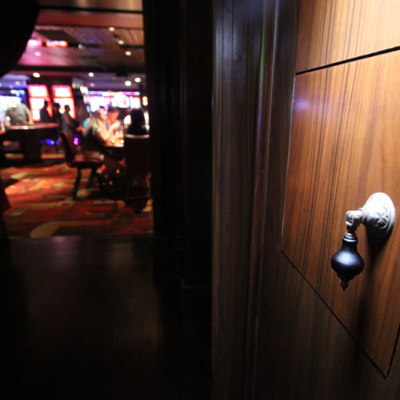 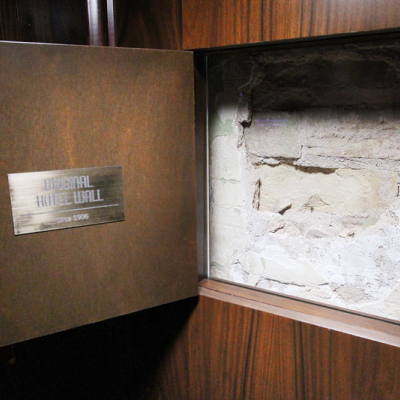 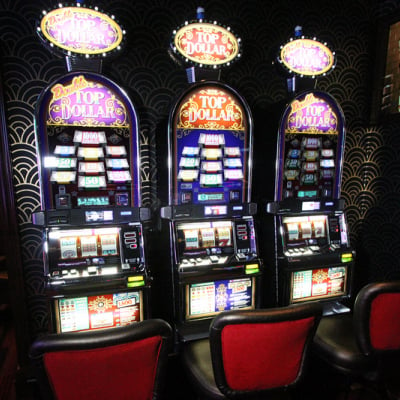 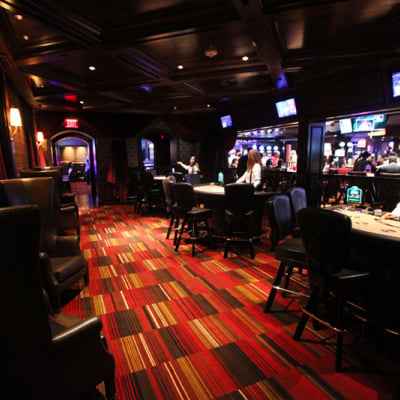 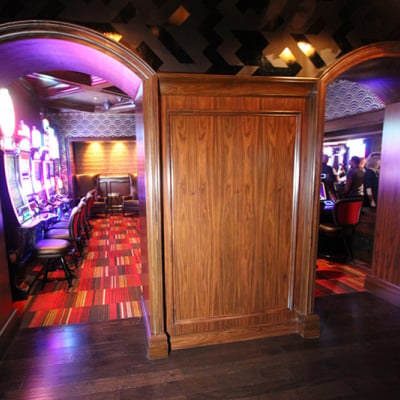 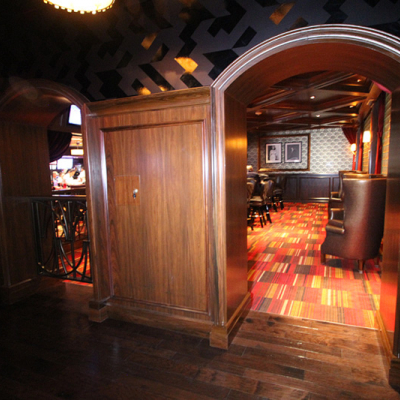 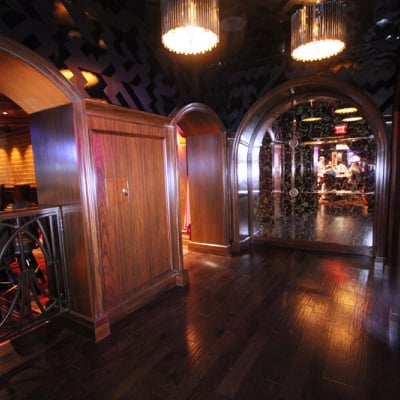 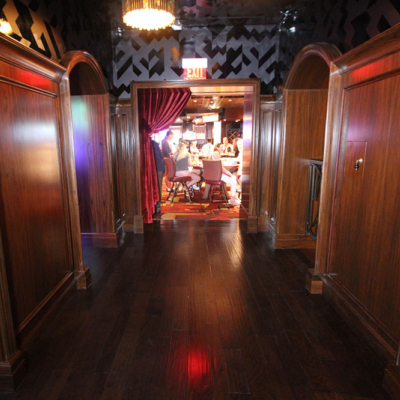 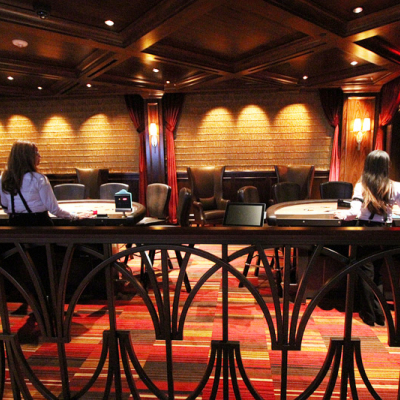 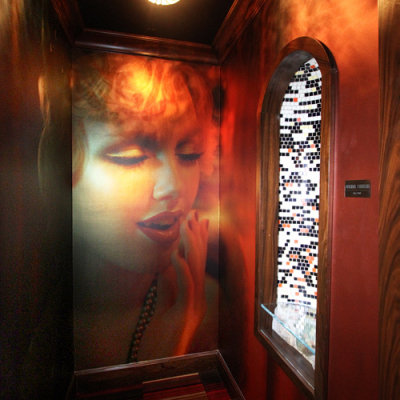 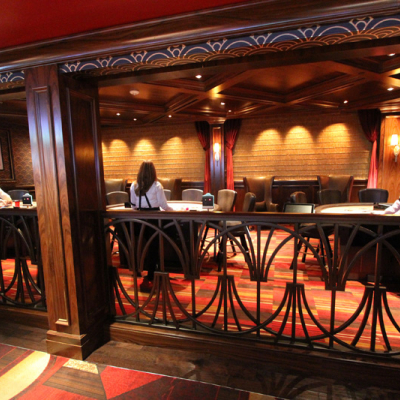 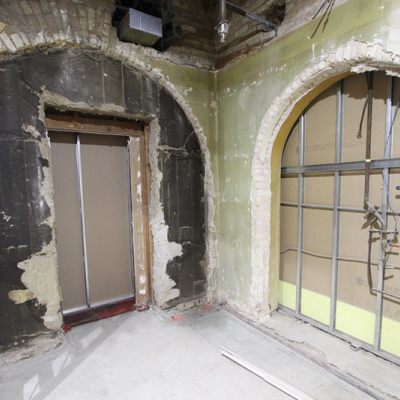 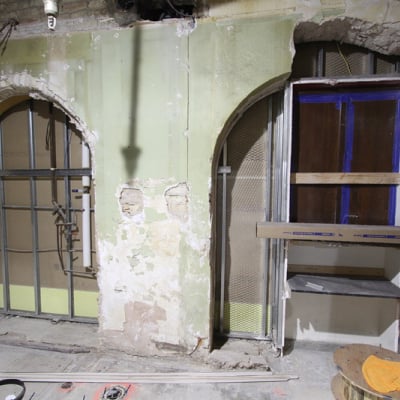 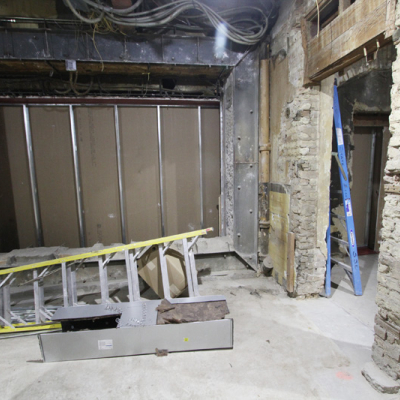